CRPF also reaches out with offer of assistance to Kashmiris in other parts of India facing harassment and difficulties. 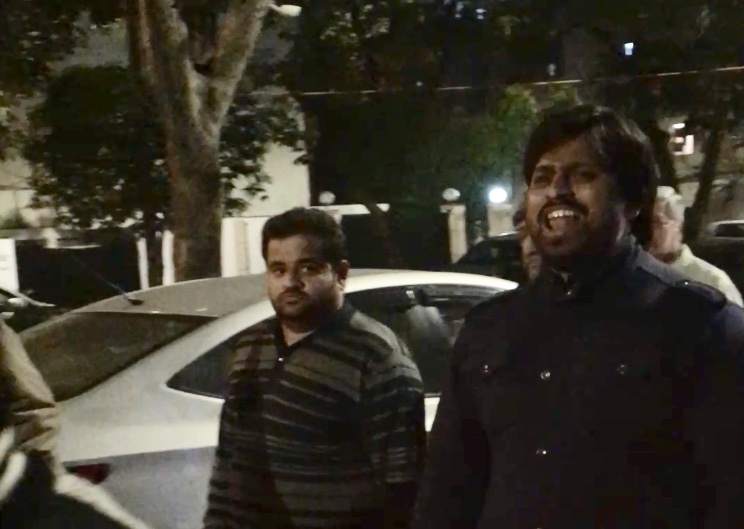 Activists at a protest march in Delhi. Credit: The Wire

New Delhi: Thursday’s gruesome suicide attack on a convoy of the Central Reserve Police Force in Pulwama which left over 40 jawans dead and many more injured has evoked strong protests across the country. However, in many places reports are coming in of these protests being used by right wing groups to incite hatred.

On Saturday, the Delhi Commission for Minorities raised the issue with the Delhi Police. In a letter to commissioner Amulya Patnaik, the panel chairperson, Zafarul Islam Khan charged that there have been “attacks on Kashmiris, even on ordinary Muslims, in various parts of the country in the aftermath of the terrorist attack in Pulwama.”

Pointing out that “even in Delhi attempts are being made to vitiate the atmosphere and start riots,” Khan referred to the systematic manner in which these protests are being used to foment trouble.

“Hindutva crowds are taking out rallies in Muslim areas and in front of Muslim homes in mixed population areas, raising provocative slogans,” he said in a letter to the commissioner, demanding immediate action from the police.

Khan cautioned that “unless Delhi Police is alert and proactive, riots will erupt like those in Jammu city for instance.” He urged Patnaik to “order all police stations in Delhi to be alert, proactive and responsive to the need to keep peace and amity at all costs.”

In at least one locality of the capital, B.K. Dutt Colony, where a peaceful march was taken out by residents in memory of the slain CRPF men, The Wire’s reporter was witness to a handful of activists at the front shouting provocative communal slogans against “Babar ke auladon” – an anti-Muslim phrase popularised by the Hindutva groups during their campaign to demolish the Babri Masjid.

Incidentally, there have been sporadic incidents of violence and criminal intimidation that have been reported from different parts of the country over the last two days.

In Patna, a mob attacked Kashmiri residents in Kashmiri Bazar on Friday leaving at least four of them with injuries. Following this, about 40 Kashmiri residents, who ran eight shops, are reported to have decided to wind up their businesses and leave.

On Saturday evening, The Wire received a call from a group of Kashmiris in Dehradun who had been evacuated by the local police to a “Muslim area” after mobs threatened them with violence. “Please help us to get airlifted from here”, one of their representatives said.

In response to reports of harassment and threats from across the country, the CRPF has reached out to students and others from Kashmir who are in different parts of India with a helpline.

Jammu too has been burning for the last two days. Though curfew was imposed in the city after mobs took to the streets and torched over 50 vehicles, the violence had continued unabated. There have been reports from Jammu of properties of Kashmiris being attacked. A number of vehicles belonging to Kashmiris were also targeted. This also led to protests in Kashmir by drivers who claimed that they were often sought out as soft targets by such mobs despite their having no role in terror incidents in the state.