'Media and Top Central Leaders are Complicit in Communalising COVID-19'

In an interview to The Wire, historian Ramachandra Guha discusses the manner in which the coronavirus pandemic in India has become a tool for the vilification of Muslims. 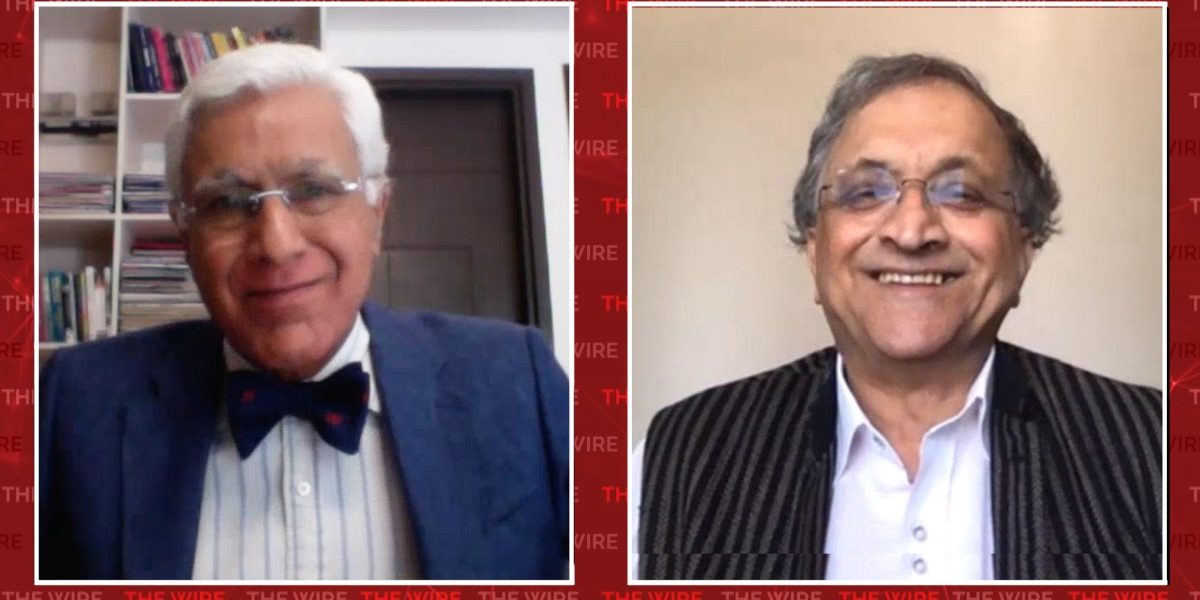 New Delhi: In a sharp and outspoken attack on the Indian media and the “top Central leadership” of the country – including the prime minister and home minister – the well-known author and historian Ramachandra Guha says the COVID-19 crisis has led to the ventilation of anti-Muslim hatred reminiscent of  the bigotry Europe was notorious for when it faced pandemics like the plague in medieval times.

Anti-Muslim sentiment is “a disturbing and distressing aspect of our compatriots” in large parts of northern and western India, Guha says, adding that the present surge in Islamophobia, both in India and by Indian expatriates has led to “an extraordinary drop in India’s global standing… (it’s done) huge damage to India’s image….we have no friends more or less.”

In an interview to The Wire, Guha questioned Prime Minister Modi’s failure to speak out strongly against the targeting and demonisation of muslims. All that he has come out with is a tepid and anodyne message that the coronavirus does not see race, religion, colour, caste etc., he said “Why did the PM have to wait so long” asks Guha “and (speak) only after countries of the Gulf chastised us?”

Guha is also critical of the deliberate use of Hindu religious imagery in Modi’s three COVID-19 speeches. He points out the PM repeatedly uses Hindu imagery such as seven steps, diyas, Lakshman rekha and agni pariksha. Guha says this is part of a practice or tradition that has been well-established since 2014 which he calls “the steady, systematic, deliberate conversion of India into a Hindu majoritarian state.” Guha calls Modi’s government “an explicitly Hindu majoritarian” one and says it is very different to Atal Bihari Vajpayee’s government which included leaders like George Fernandes, Mamta Banerjee, Jaswant Singh and Yashwant Sinha.

In another part of the interview, Guha calls Modi an “emperor and “an imperial prime minister”. This is with reference to Modi’s insistence on having his way in all matters including the redesigning of Delhi’s central vista which Guha calls “a vanity project”.

Guha praises Maharashtra chief minster Uddhav Thackeray for saying he will not allow Muslims to be demonised. He also compliments the chief ministers of West Bengal and Chhattisgarh for trying to stem the communalisation of COVID-19.

Turning to the Union health ministry’s regular briefings, Guha says joint secretary Lav Agrawal’s frequent references to the Tablighi Jamaat to explain the spread of the disease is “an incitement to polarisation”. He calls it “tendentious” and “mischievous”. However, Agrawal “is not doing it on his own…he’s been explicitly told to go ahead and do it, says Guha, calling him “an instrument of the political establishment… [he’s] “doing what his bosses want”.

On the media, Guha says that “without question the media is guilty of whipping up Islamophobia.” He speaks of “anchors who go out of their way to inflame for TRPs.” However, he adds that “ a large section of the media has been communalised for a long time.”

Finally, referring to Mukhtar Abbas Naqvi, who dismissed the criticism India is facing in the western media and the Gulf for its treatment of its Muslim  citizens and instead claimed India is a “heaven for Muslims”, Guha tells The Wire, “This is the most ludicrous statement from a cabinet minister.” Guha says it’s an example of “alternative reality” and compares it to the sort of things US President Donald President Trump says.

In his interview to The Wire, Guha also speaks of why he has terminated his six-year old relationship with the Hindustan Times as a columnist for its Sunday paper. He spoke about the article on the Central Vista project that the paper refused to carry and what they said to him. Guha reveals that an almost identical situation happened in 2008, when he was also a columnist for the same paper. At the time, he discontinued his column but agreed to resume it in 2011 when the editor of the day assured him he would not be censored again. Now that censorship has happened a second time, he believes terminating his relationship is the right thing to do. It’s not an extreme or impulsive response. Guha also refutes the charge that he terminated the relationship because his pride or ego were hurt.

The above is a paraphrased precis of Ram Guha’s interview to Karan Thapar for The Wire. Please see the full 25 minute interview for accurate details.