Cow vigilantes have stormed Muslim-majority localities, levelling unfounded charges of cow slaughter on Muslim residents. Many now live in fear and are choosing to move out. 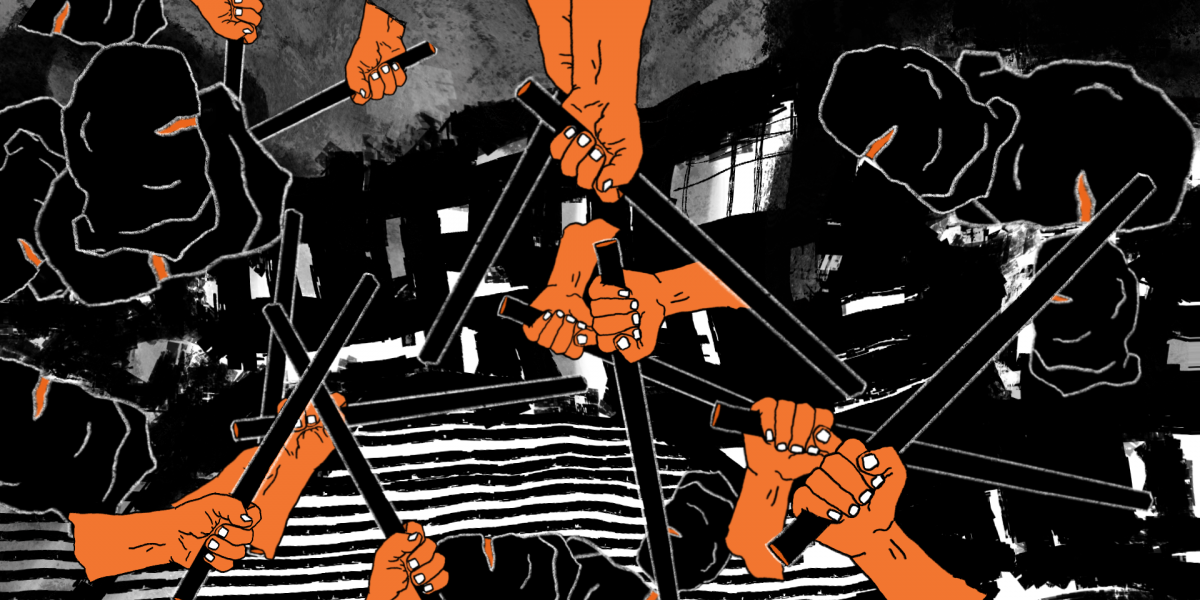 In time, this ban began to make headlines as local traders felt its effects. Far more common were reports on the crop of violence it inspired across Uttar Pradesh.

As recently as March 21, in Raal village, a Muslim man transporting animal remains under a village cleanliness drive was beaten up by self-styled gau rakshaks or cow vigilantes.

On March 6, as assembly elections to Uttar Pradesh were in the last leg, miscreants who locals allege belong to the Bajrang Dal charged into neighbourhoods near slaughter houses in Manoharpur. Levelling allegations of cattle slaughter, they began tormenting locals, who are predominantly Muslims, asking them to admit to crimes they had never committed.

Locals, who recorded the ambush on phones, tried to pacify the gau rakshaks and told them that the Muslim community respects the law and has not tried to carry out any slaughters in the area.

Nazir*, 24, a resident of Manoharpur, who had owned a meat shop until 2017, told The Wire that Muslims are the favourite targets of Hindu groups, who arrive en masse to terrorise Muslim localities. These efforts are taken up with prior planning.

Nazir said that even though liquor and meat are banned in pilgrimage sites, there is flourishing illegal trade of both and Hindu businessmen are actively involved in the procurement of these items. “They call Mathura ‘Krishna janmabhoomi‘ (‘Krishna’s birthplace’), but they themselves disrespect it, and then put the blame on Muslims,” Nazir said, attempting to correlate the frequency of such ‘raids’ by Hindutva activists.

Shakir Hussain, who is treasurer of the The All India Backward and Minority Communities Employees Federation, said that such Hindutva workers who blamed and tormented Muslims for cow-related crimes they did not commit had complete impunity.

“Since July, 2021, these incidents in Mathura have begun adversely affecting Muslims almost exclusively. The state is being run on Hindu mythology and not the constitution,” Hussain said.

Also read: Next to Adityanath’s Rally Ground in Rae Bareli Is a Shelter Where Cows Die Every Day

Hussain, also a resident of Manoharpur, said that members of the Bharatiya Janata Party, Rashtriya Swayamsevak Sangh and other Hindutva groups have the freedom to perpetrate violence and harassment upon Muslims.

“These Bajrang Dal men arrive in groups of 20-25, and without any reason then accuse us of slaughtering cows. I mean, if you are suspicious, go to the police, file a complaint, who has given you the right to become the police?” asked Hussain.

Hussain also pointed towards the issue of stray cattle and how, thanks to an increase in the number of roaming animals, it has become easier for Hindutva groups to level charges against Muslims for cow slaughter.

“Why don’t they attempt to care for stray cows eating filth and dying in the dirt if they care so much about cows?” Hussain asked.

As has been documented, Uttar Pradesh has witnessed an increase in the profiling and harassment of Muslim vendors, irrespective of the items they sell or the services they wish to provide, in a kind of economic boycott.

In a report by the Centre for Development Policy and Practice (CDPP), unemployment rate in Muslims increased by 9.95% from 2018 to 2019 in the state. This is higher than the national average of 7.23%.

Adityanath, while banning sale of meat and liquor, had urged liquor sellers to sell milk to revive the glory of Mathura. However, locals like Nazir ask how, left penniless, they can start a new business.

“We are left with no money. While banning meat sales, why did they not give us jobs to do? I used to earn Rs 2000 daily, now I fill my pocket with the Rs 200 I earn on a good day as a daily wager,” Nazir said.

Samina Banu, 39, has recently locked up her house in Manoharpur to live at a relatives’ place fearing further harassment by Hindu groups. In the ambush on March 6, her husband was accused of selling meat. Banu said that he is actually unemployed.

Like her, many locals are afraid that remaining in these neighbourhoods where they have always lived, is now dangerous. With Adityanath flagging off a second term in power, fear is palpable that law enforcement will not stand by them.

“Across India, they torment Muslims. If we had not fled, they could’ve killed us and no one would’ve come to our rescue,” Samina Banu said.

The Wire also spoke to Vijay Singh, station house officer of the Kotwali Police Station who said that no incidents of such nature had come to his knowledge.