Demolition of a Madrassa Triggers Tensions, Violence in Jammu

Nomadic Muslim communities allege that they are being specifically targeted by the government's eviction drive. 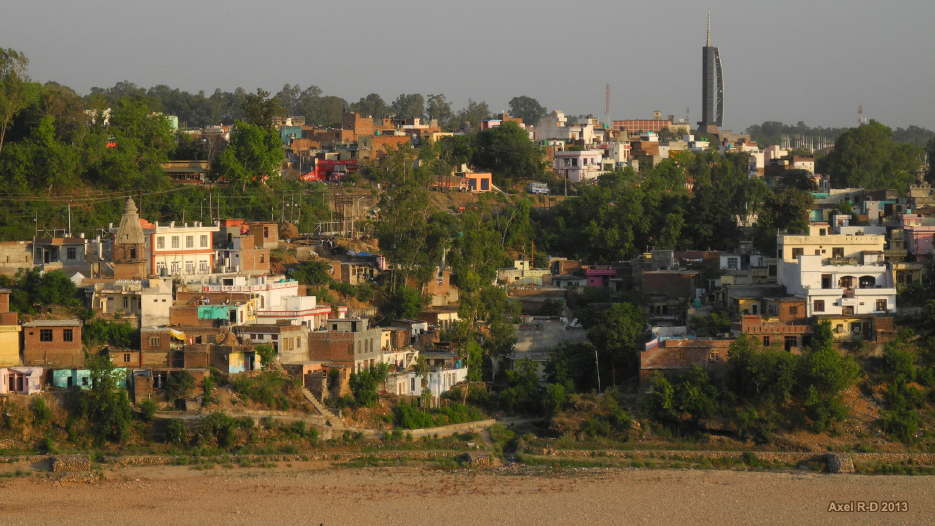 Srinagar: The demolition of a madrassa by government authorities in Jammu on December 4 has led to fresh accusations of selective targeting against the BJP government in the region where families from the Gujjar and Bakerwal communities, living in forests and other peripheral areas for decades, face an eviction threat “under the guise of development and retrieval of encroached state land”.

Employees of the Jammu Development Authority (JDA) bulldozed the madrassa in the Gool Gujjar area, barely five km from the main city, leading to protests and violent clashes. Despite the government ordering the transfer of a senior police officer and constituting an inquiry into the incident, the situation continues to remain tense.

A large number of families from different communities including Muslims, Sikhs and Hindus have been living in Gujjar, on the banks of river Tawi, since 1976.

Ashraf Khatana, a local, told The Wire that early in the morning, a team of JDA officials joined by a contingent of police arrived with a bulldozer, and within no time took down the madrassa and allegedly desecrated holy scriptures.

“We pleaded with them to stop the demolition, reminding them of assurances given to us by the government in 2015 when the JDA demolished over 50 khullas (hutments) belonging to our community. That time too, the situation had gotten out of control when the authorities tried to demolish madrassa,” said Khatana.

More than 80 Gujjar families live in the area. As news about the demolition spread, people came out and attacked JDA employees, triggering massive clashes between the police and protestors. Six policemen, including station house officer (SHO) Ratan Singh Rana, were injured.

“We were not given any prior notice by the JDA, nor did the police pay heed to requests from the local imam who asked for some time to allow for the shifting of religious books,” said Khatana.

As the situation worsened, the government ordered the transfer of the SHO, and additional deputy commissioner, Jammu, Arun Manhas was rushed to the spot to assure the community of an inquiry into the incident.

“I have seen these heart-rendering scenes. We respect your sentiments and your holy scriptures. Whatever has happened is condemnable and it shouldn’t have happened. The whole area will remain secured till the inquiry is completed. We will find where the lapses happened,” Manhas is seen assuring Gujjar protestors in a video that has been shared on social media sites.

But the protesting Gujjars have been saying that they should be allowed to reconstruct the single-storey madrassa.

According to Shuja Zafar, chairman, Jammu Muslims Front (JMF), an organisation working for the welfare of Muslims, apart from residential structures, a number of religious places and community facilities belonging to different communities have come up on either side of the Tawi during the last 30-40 years. “If they are claiming that the entire area has been illegally occupied, why was only the madrassa demolished and why were only hutments of the Gujjar community bulldozed in 2015? This is clear discrimination against our community,” Zafar said.

The lands on which the families belonging to these different communities have built their hutments and other structures actually belong to the state. “Let the government come up with white papers on encroachments in Jammu. Why this selective victimisation?” Zaffar argued.

With the issue refusing to die down, political parties have castigated the government’s actions. Senior Congress leader Tariq Hameed Kara said the demolition was a “larger anti-madrassa game plan of the RSS which has finally reached the Muslim-majority state of Jammu and Kashmir”.

“The move isn’t surprising as RSS has entered into alliance with PDP only to take its anti-minority agenda to Jammu and Kashmir. The Muslims are being selectively harassed in Jammu ever since BJP came to power,” said Karra in a statement.

The same day, the JMF and members of the Muslim community held a protest against the “hidden agenda of anti-national forces to hurt sentiments of Muslims”, accusing the local BJP legislators from Jammu of being behind the demolition drive in Gool.

Since it swept the assembly elections in Jammu in 2014, winning 25 of 37 seats, and formed the government in the state for the first time, the BJP has maintained a firm grip on governance matters in Jammu. It has often come under criticism from opposition parties, the National Conference and Congress, for pushing its Hindutva agenda in the region. The saffron party has denied this charge.

This time, however, the Gool incident invoked a strong reaction from Kashmir as well. Independent legislator Engineer Rashid hit out at the JDA for “working to uproot one particular community” from Jammu.

“Nobody should object to removing illegal structures and encroachments, but if the administration is selective in doing so, it is unacceptable. The reason for demolition of the madrassa seems to be obvious – that it belonged to a particular community. There are dozens of illegal structures including religious places constructed illegally on state land at various places in Jammu, but nobody has ever raised any objection,” said Rashid.

But the state government authorities defended the demolition. Deputy commissioner Jammu Rajeev Ranjan said the structure in question was set up on “encroached land”.

Vice-chairman of the JDA Rajesh Kumar said the anti-encroachment drive has been going on for the last three months. “We are blind to religion and communities in such matters,” he said.

‘Not a one-off incident’

“There is a pattern to these incidents of demolition in Muslim areas which surfaced after 2014. This can’t be passed off as a one-off incident,” said a prominent Gujjar leader, Muhammad Shafi Khan.

His fears are driven by some recent incidents. In February this year, dozens of graves in a Muslim graveyard in nearby Samba district of Jammu were damaged after authorities said that the graveyard should be turned into a playing field. The incident led to massive protests.

“At least 40 graves were damaged and the skeletons were lying scattered on the ground. It was only after the issue was brought to the notice of the government that construction work was stopped,” Khan said, adding that the graveyard was more than 200 years old.

A senior official said that the gram sabha had passed a resolution for the construction of playing field without confirming the nature of the land, and the proposal was finally approved by assistant commissioner, development Samba. Funds had even been allocated under the MGNREGA for the proposal, the official said.

In the same district, more than 200 nomadic Gujjar and Bakerwal families are facing the threat of eviction as the government plans to construct an AIIMS-like institute in the Vijaypur area, where the families had been settled during the 1999 during Kargil war.

The government has identified 2,100 kanals of land in five villages, most of them inhabited by these nomads, on the Jammu-Pathankot highway.

“In the name of development, the Muslim community is being targeted across Jammu. There is so much of land lying unused in other places. Why are authorities adamant to construct a hospital in the area which is inhabited by people from our community?” asked Gujjar student leader Talib Hussain.

During the Kargil war, these nomadic families, living in villages along the international border at Ramgarh, were evicted and settled in Vijapur.

“We didn’t face any problem till now. A generation of our families has grown up here (Vijaypur) and the number of the families who were uprooted has also increased to 204,” said a member from the nomadic community, Lal Hussain. “But now we face another eviction.”

On the other hand, Gujjars and Bakerwals who have been living in different forest areas of Jammu for decades are facing the threat of being uprooted as the forest department, headed by BJP minister Lal Singh, has started a drive to retrieve forest land from encroachers. But these Gujjaras and Bakerwals have accused the department of only targeting them and have even petitioned chief minister Mehbooba Mufti’s office on the issue.

Government spokesperson Naem Akhter, however, said that the “perception” that the government was discriminating against any one community in Jammu was “absolutely wrong”. “We have been taking action wherever needed. We are the only state which has filed murder charges in the case of a murder of a person (a Kashmiri truck driver) in Jammu on the issue of cow protection,” said Akhter.

Dismissing the charges that the BJP was behind the demolition, party general secretary Ashok Koul said, “We don’t believe in discrimination against any community or people. Our policy is to take every community along.”

But the situation on the ground continues to be tense and flare up at the slightest trigger. Last month, many nomadic families, along with their cattle, held a protest outside the residence of the forest minister. They even tried to force their way into the residence to protest their eviction, but were lathi-charged.

“Every second day, the forest department teams threaten our people, warning them to leave the forest areas where they have been living for decades. Where will they go now?” asked Rafqat Aijaz, a Gujjar who had participated in the protests.

In a latest raid, he said, around three weeks ago, forest department officials damaged kothas (huts made of wooden logs and mud) of Gujjars in the Janipur area and allegedly took away their household items and livestock as well.

“We are being rendered homeless. The selective eviction of people from our community is now forcing us to take to the roads,” Aijaz said.