Replying to the debate before the bill was passed, home minister Narottam Mishra said the government would not tolerate "Rafiq becoming Ravi" for "Love Jihad". 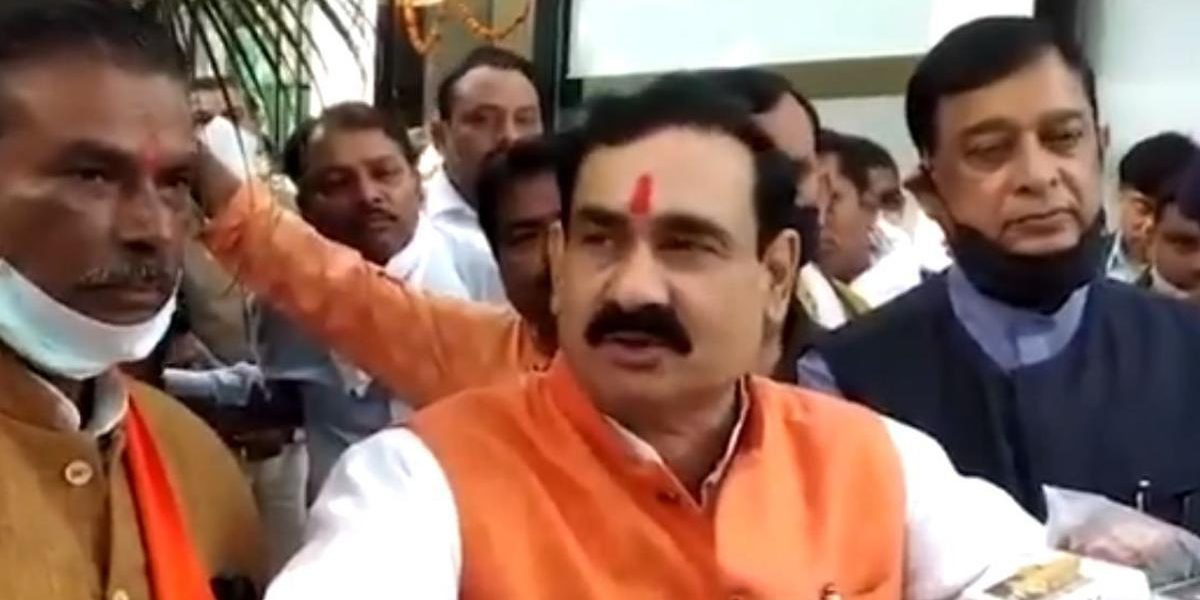 Bhopal: The Madhya Pradesh Assembly on Monday passed a bill that penalises religious conversion through marriage or any other fraudulent means and provides for a prison sentence of up to 10 years.

While the opposition Congress questioned the need for a new law, home minister Narottam Mishra said that unlike the 1968 legislation, the present act provides for annulment of marriage and a harsher sentence.

The act also provides for a fine of up to Rs 1 lakh.

It replaced an ordinance promulgated by the BJP government on January 9. A similar law has been enforced in the BJP-ruled Uttar Pradesh.

The ordinance barred religious conversion by “misrepresentation, allurement, use of threat of force, undue influence, coercion, marriage or by any other fraudulent means”.

After the “Madhya Pradesh Freedom of Religion Bill 2021” was passed by a voice vote, some BJP MLAs chanted ‘Jai Shri Ram‘.

Replying to the debate before the bill was passed, home minister Mishra said the government would not tolerate “Rafiq becoming Ravi” for “Love Jihad”.

The government was not “averse to love but is against Jihad”, he said.

The Congress objected to the bill, just as it had opposed in Parliament the Citizenship Amendment Act, the law banning triple talaq and abolition of Article 370, he said.

“There is peace in the (Kashmir) valley now,” he added.

Mishra also accused the Congress of instilling fear among Muslims and claimed that Jawaharlal Nehru, the country’s first prime minister, indulged in “politics of division”.

Congress members Vinay Saxena and others objected to this remark and said it should be expunged.

Acting Speaker Laxman Singh said the House should focus on the bill.

Mishra further said the bill provides for annulment of marriage solemnised through unfair means, makes fraudulent conversion a non-bailable offence with punishment up to 10 years and puts the onus of proving innocence on the accused.

It also penalises NGOs or other groups which organise and fund unlawful marriages, the home minister said.

Under the earlier 1968 Act, there was no provision of annulling marriages, and conversion was a bailable offences with a maximum sentence of two years, Mishra noted.

After the ordinance came into effect, 23 cases were registered within a month, he informed.

Neither chief minister Shivraj Singh Chouhan nor Congress leader and leader of opposition Kamal Nath were present in the House during the debate and voice vote.

Opposing the bill, senior Congress leader Govind Singh said there was no need for new law as the MP Dharm Swatantra Adhiniyam, 1968, was already in place.

The bill will not benefit people in any way and was only a political stunt, he said.