The scheme that offers Rs 50,000 as incentive for interfaith and intercaste marriages has been in place since the formation of Uttarakhand and was adopted from Uttar Pradesh. 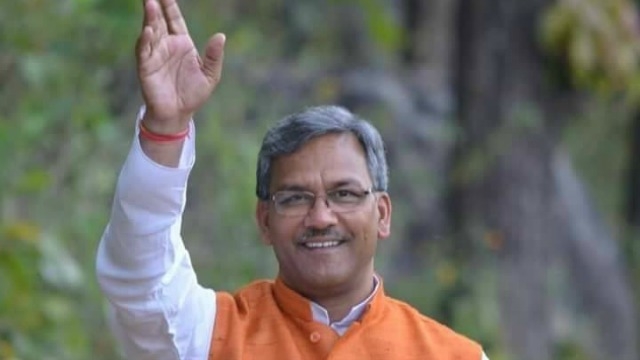 New Delhi: A new row related to ‘love jihad’ has erupted in Uttarakhand after a press release was issued by district social welfare officer of Tehri Garhwal, promoting inter-caste and interfaith marriages in the state. Uttarakhand chief minister Trivendra Singh Rawat has ordered an inquiry into the matter, the Hindustan Times has reported.

Rawat’s media coordinator Darshan Singh Rawat confirmed to the Hindustan Times that the chief minister has taken a ‘serious’ note of the incident and ordered an inquiry by the state chief secretary.

“He has asked him to probe the conditions under which the district social welfare officer issued the press release on a government scheme when the government is strictly against any interfaith marriage with religious conversion,” Darshan told Hindustan Times.

The move by the district social welfare officer is ostensibly part of a government scheme that aims to promote inter-caste and interfaith marriages in Uttarakhand, by providing Rs 50,000 as incentive for such marriages.

According to Darshan, the scheme has been in place since the formation of Uttarakhand in 2000 as it was adopted like other schemes from Uttar Pradesh, which is its parent state.

Surprisingly, Uttar Pradesh too has the same government scheme in place, under which the state has allotted Rs 10 lakh in its latest budget.

However, the Uttarakhand government is looking to discontinue the scheme as “it cannot tolerate disturbance in peace and harmony in the state with marriages done after religious conversion”, Rawat told the Hindustan Times. Uttar Pradesh has proposed to introduce a stringent law to deal with alleged “religious conversions in the name of ‘love jihad'”.

The term ‘love jihad’ was coined by Sangh parivar outfits to describe an imaginary Muslim conspiracy to convert ‘unsuspecting’ Hindu women to Islam.

On Saturday, after a copy of the press release circulated widely on social media, many right-wing supporters on Twitter accused the Uttarakhand government of promoting interfaith marriages when other states are making laws against ‘love jihad.’

The press release by the social welfare officer stated, “To promote communal harmony and social unity, interfaith and inter-caste marriages are very important as it will help remove differences among different communities.”

As per the guidelines mentioned in the press release, inter-caste or interfaith couples can avail themselves of the government scheme by applying for the same free of cost at the office of social welfare within one year of the marriage. For inter-caste marriages, one partner must belong to the Scheduled Caste community, and in case of interfaith marriages, the marriage should have been held in a government-approved place of worship like a temple, church or a mosque, the release said.

The economic advisor to chief minister Trivendra Singh Rawat, Alok Bhatt, on Saturday told Hindustan Times: “The press release… is concerned with one scheme in force under one such scheme of the Uttar Pradesh government since 1976 as made applicable to Uttarakhand. The actual incentive under the scheme was Rs 10,000, which the then Congress government in 2014 increased to Rs 50,000.”

Bhatt also clarified the BJP’s stand on the issue and tweeted that no one from the government has spoken in support of promoting interfaith marriages.

And lastly, what matters here is not what was happening from long but the response of the Govt as soon as the matter was brought to its notice -people need to take it easy; no one in BJP Govt, even in their wildest of dreams, will do/ support anything that is being made out here

The history of the coinage of ‘love jihad’ goes back to 2007 when the idea first gained currency by the Hindu Janajagruti Samiti (HJS) – a Hindu right organisation – in the Dakshina Kannada district of coastal Karnataka and parts of northern Kerala, The Wire has reported. HJS associated itself with the Sanathan Sanstha – which has been named in several terror cases like the 2009 Goa bomb blasts and was linked to the murders of communist leader Govind Pansare, social activist and rationalist Narendra Dabholkar, epigraphist and Lingayat scholar M.M. Kalburgi, and journalist Gauri Lankesh.

The Uttar Pradesh government under Adityanath has been vocal in attempts to legislate in this regard, although numbers widely point to very few incidents of interfaith marriages in the state in the first place.

Apart from Uttar Pradesh, other BJP-ruled states like Madhya Pradesh and Haryana have announced to bring a law against ‘love jihad’. At least five Opposition states condemned the move including Rajasthan and Chhattisgarh.