The official toll stands at 53 dead and over 200 injured, while property damage is believed to run into several hundred crores of rupees. Yet, Shah appreciated the police for “not allowing the riots to spiral.” 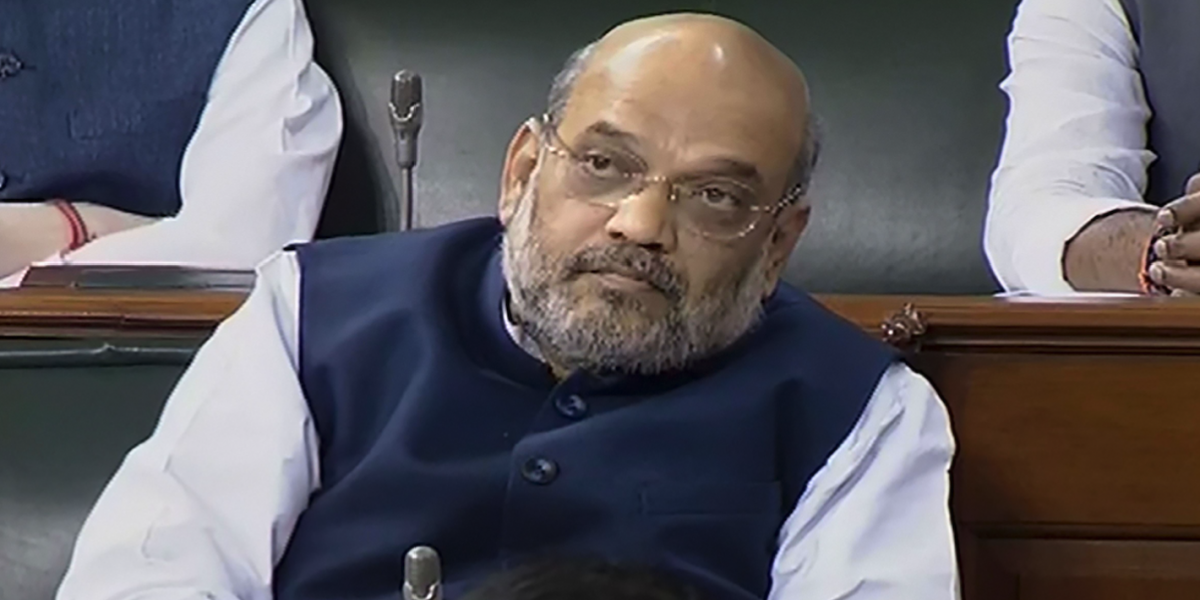 New Delhi: The opposition in Lok Sabha on Wednesday demanded the resignation of Union home minister Amit Shah for failing to contain the violence in Delhi for nearly three days during the debate on the recent communal riots in the national capital that have claimed 53 lives.

The home minister himself, however, said in his speech that the riots were a ‘pre-planned’ conspiracy but said that the Delhi Police – which has until now been criticised by opposition, relief workers, victims and activists for their negligence in containing the violence – had succeeded in controlling the riots within 36 hours.

“I would like to place on record that after 25th February, no incident of rioting took place. There have been attempts to politicise these riots,” NDTV quoted him as having added.

He also highlighted that he had allegedly not attended any of the state functions associated with US President Donald Trump’s visit at the time as he was overseeing the developments with police.

Shah’s speech contained words of appreciation for police over “not allowing the riots to spiral,” seemingly attesting to the fact that the death of 53 and immense loss of property did not count as violence that had indeed spiralled.

He said everyone involved in the riots will be dealt with in such a way that it “will be a lesson for the country on what befalls those who indulge in rioting.”
He said that a total of 2,647 people have been detained or arrested and said that it is also being ensured that “no innocent is harassed”.

NDTV reported Shah as having said that video footage of the violence was being sifted through to identify the culprits using face identification software.

“We wanted discussion on Delhi violence after Holi to avoid communal flare up during festival time,” he also said. Opposition leaders had long since been demanding discussions on the riots but were told by Speaker Om Birla to wait until Holi ended.

Chowdhury alleged that Delhi high court judge S. Murlidhar was transferred out as he had questioned the failure of the Delhi Police in containing the violence.

He said the “midnight” notification was aimed at preventing adverse strictures against the government.

AIMIM leader Asaduddin Owaisi said there is a “tsunami of Hindutva hate” and called for an impartial probe to find the perpetrators of the violence.

Some of his remarks evoked sharp response from the Treasury benches. Speaker Om Birla also expunged certain remarks made by Owaisi.

BJP leader Meenakshi Lekhi focused on the murder of IB staffer Ankit Sharma during the riots, and said “400 wounds were found on his body.”

“What kind of hatred was this… we should discuss that also,” she said, adding the riots were pre-planned.

Danish Ali (BSP) demanded that certain remarks of Lekhi’s be expunged. Speaker Birla agreed and said members should not take the names of any religion in the debate.

Lekhi also said that the allegations of hate speeches on Anurag Thakur and Parvesh Verma were not relevant as the riots started on February 23. She added that it was wrong to blame BJP leader Kapil Mishra for the riots.

T R Baalu (DMK) said that the Delhi riots and the law and order situation of the national capital were discussed in parliaments of the UK, Iran, Indonesia, Turkey and Malaysia.

These countries “are making fun of us,” he said.

Addressing the media, deputy leader of the Congress in Rajya Sabha, Anand Sharma said, “It is a very sad reflection on our democracy and on parliament that we have not given that message of reassurance to the people of Delhi and to the citizens of India that the Indian parliament has taken serious cognisance of the communal violence, riots, killings of large number of people, injuries to hundreds and displacement of thousands.”