Kanpur Violence: 'Muslims Being Picked Up Indiscriminately,' Say Families of Those Arrested

From the 'key conspirator' named by police to those arrested, respective families have alleged that those who had little to do with the violence have been picked up simply because they were Muslim. Police said, 'Those who are innocent will be let off.' 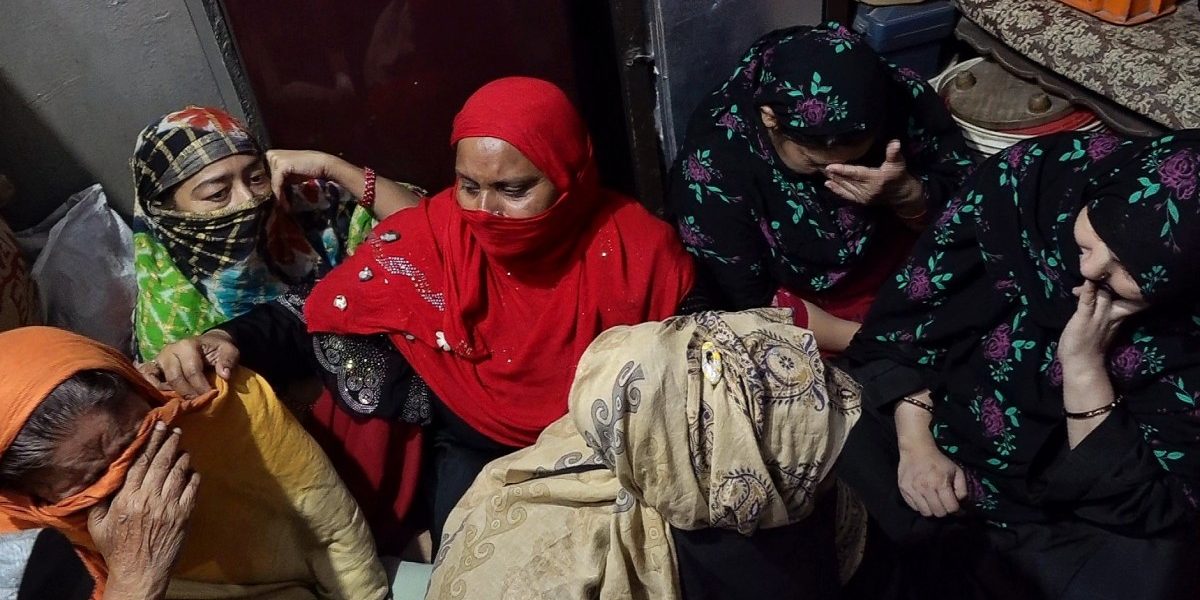 The family of Sajid, who was arrested allegedly for having been in the area to pick up his twin sister. Photo: The Wire

Kanpur: By now, it is known that on June 3, violence broke out at Parade, the heart of Kanpur city.

A non-governmental organisation active for eight years, the MM Jauhar Fans Association, gave a call for shops to close so that a silent protest could be conducted against now axed Bharatiya Janata Party spokesperson Nupur Sharma’s comments against Prophet Mohammed on TV.

This NGO’s founder and president, Zafar Hayat Hashmi, is now being seen by police as the “key conspirator” in the case. Realities on the ground offer a picture far more complicated than violence spearheaded by a single “conspirator”.

It has been reported that two sides – Muslims and Hindus – clashed at the Chandeshwar Hatha on Friday, June 3, after evening prayers. The clash saw stone pelting. Petrol bombs were also reportedly thrown. Several were injured.

Where was Zafar in this?

Zafar’s family says that the call to close shops was taken back after a meeting between police officials and Zafar. An announcement was also made on their Facebook page for the same at 12.30 am on June 3.

Speaking to The Wire, Zafar’s wife said the NGO is being targeted specifically because of its reach. She claimed that work done by the NGO ranged from food distribution during COVID-19 lockdowns to blood donation camps and even temple renovations. Zafar’s wife shows a print out to show that the protest was called off. Photo: The Wire

“We have helped more Hindus than Muslims. Zafar was a big face. Many parties associated with him before June 3 and now he is a criminal to them?” she asked.

As the probe continues, the police have set up a Special Investigation Team, with four additional teams probing the case. Over 50 people have been arrested so far and FIRs have been filed against over 800 unnamed persons. The FIRs charge people with rioting, creating enmity and disturbing peace in the region. Police have also put up hoardings across town demanding the identification of 40 Muslim youth in connection with the violence.

Videos circulated on social media show young men being brutally thrashed and some being hauled up by police.

The Wire reached out to the families of those being arrested. Many families said they did not know under which sections their members had been held and kept in jail. Some were still trying to access copies of relevant FIRs.

In one of the circulated video, 20-year-old student and labourer Hasib can be seen being hauled up by police. His sister Shaila told The Wire that Hasib was pushed to the “Bajrang Dal side” by police. 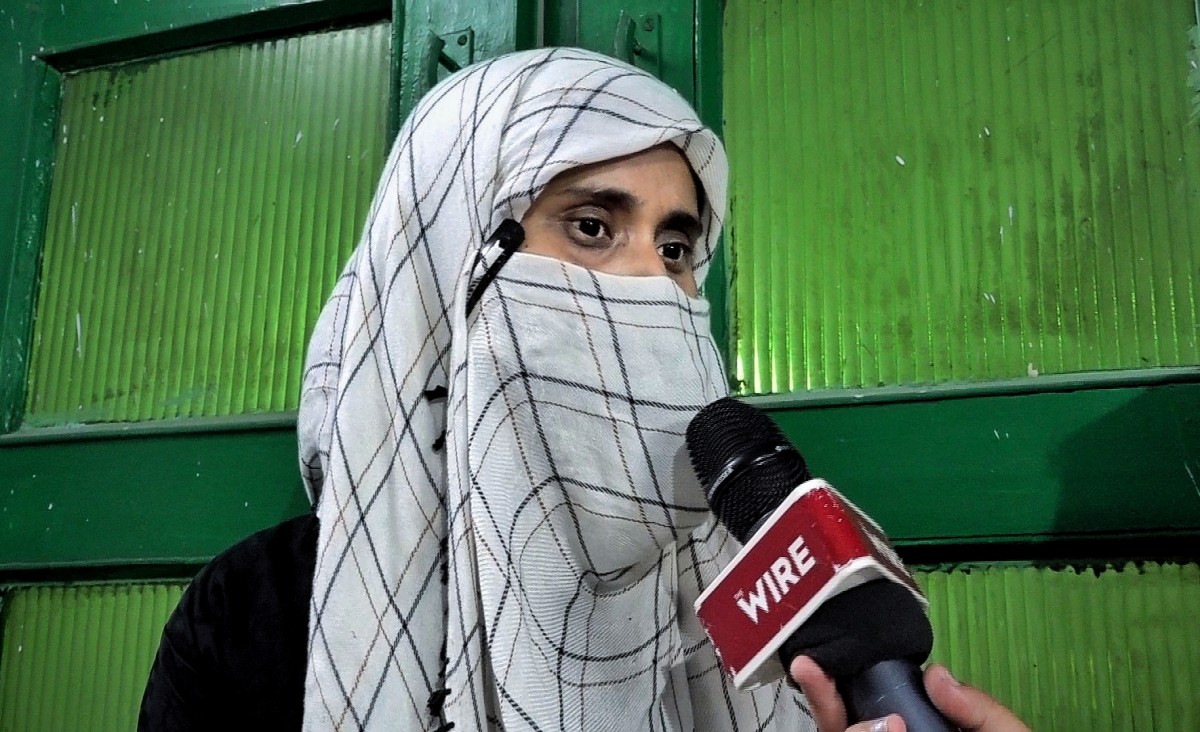 “He was bleeding and his face was almost disfigured, that’s how much he was beaten up. The police took him in in the name of giving him treatment, but arrested him instead,” Shaila said.

Many said the investigation was distinctly partisan, with Muslims being picked up even without cops verifying their identities.

Thirty-five-year-old Shahid, a daily wage worker, was arrested on the evening of June 3. His wife Tabassum, a domestic worker, said he had only stepped out to buy vegetables when he was picked up by police on suspicion of having engaged in the violence.

In a video widely shared on social media, Shahid can be seen being beaten on his legs. “I did not know where my husband was then. My neighbours and relatives called me after his videos were being circulated on social media. They beat him brutally on his legs, broke both of them. Men had to carry him inside the police station as he could no longer walk,” she said.

Shahid was taken to Anwarganj police station. Tabassum said when his family visited, they found out that he had been beaten up again, while in custody.

She is yet to get a copy of the FIR pertaining to his case. Securing legal help, too, has proven a hurdle.

The Parade, Nai Sadak, and Yateem Khana areas of Kanpur where the violence took place is a business hub, with temples and mosques dotting the streets. The area has a working class population.

“No one was forced to close their shops, those who wanted to had done it” says Rihana, the aunt of 20-year-old Sajid who had reportedly reached the Parade Chauraha to pick up his twin sister as she was being dropped off by her college bus at the time the violence broke out. Family members of one of the men arrested for the Kanpur violence. Photo: The Wire

Rihana alleged that petrol bombs and stones were thrown at those who left mosques after namaz.

“Muslims are being punished in India every single day. This was an attempt to scare us, target us and show us our place yet again,” Rihana said.

Her niece, Sajid’s sister Shifa, said although Sajid had only stepped out to get her, he was arrested after the atmosphere had calmed.

“There is no evidence to show that he was a part of a mob pelting stones or creating violence, he was on the phone with me the entire time as we was worried whether I could manage to come back home safe,” Shifa said.

Sajid is a medical student. Shifa has been working towards a BA degree. Their father is a daily wager and their mother manages their house. Both youngsters had been keen to provide a better future for their parents. This dream is now interrupted.

“If it was a riot then why are people from just one side being targeted? We do not understand this investigation. What is the basis of the crackdown? All we know is our child is innocent,” said Rihana, who has helped raise the twins.

Twenty-year-old Israel was also picked up from his house late at night on June 3 in a similar fashion. His mother, a domestic worker, said, “The police came to our house stating that they are taking him away on charges of theft, but we found out that he is being investigated for the violence instead.”

His mother added that her salary is paltry and they could not afford a lawyer’s fee or fight the case in any other way. Israel is a worker in the leather business. 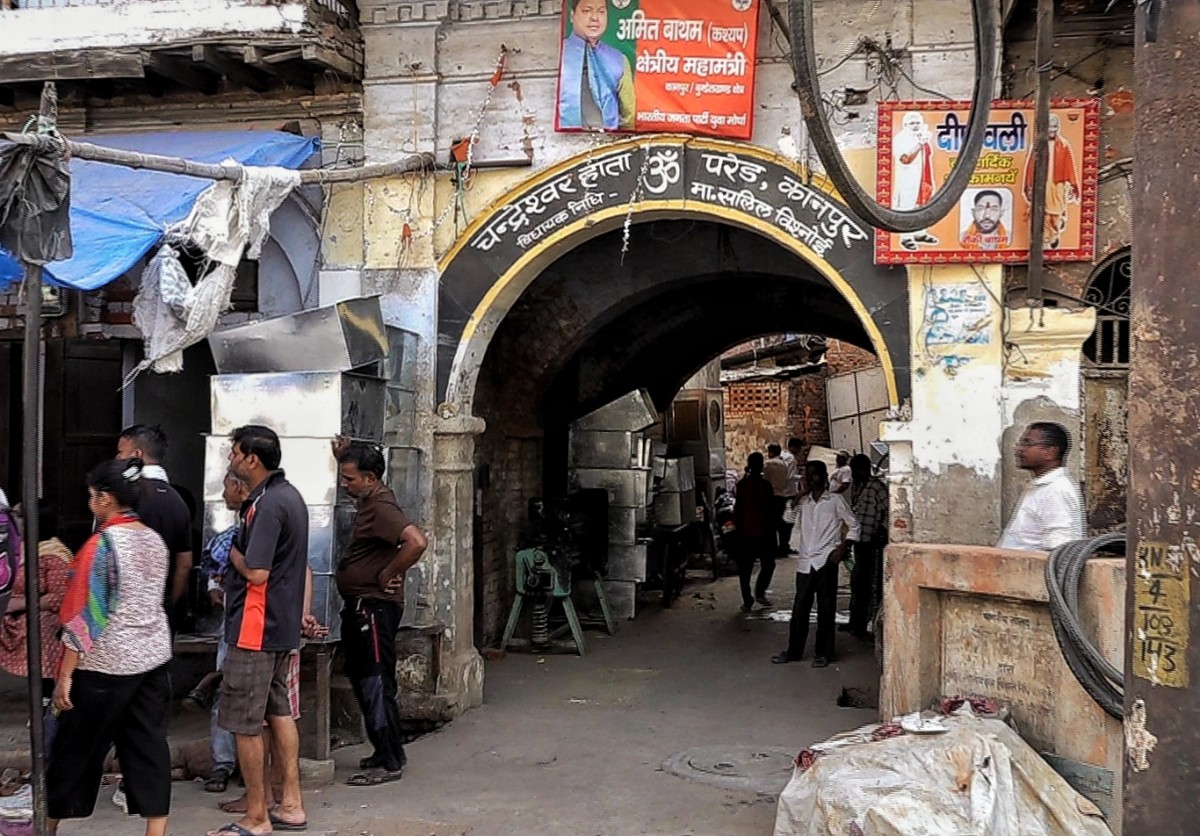 Chandeshwar Hatha in Kanpur, which saw violence on June 3. Photo: The Wire

The Wire mentioned to Kanpur Police Commissioner Vijay Singh Meena the allegations being levelled by the families.

He stated, “Those who are innocent will be let off. The investigation is ongoing and we are identifying those who have participated in the violence.”

He did not say much when asked why arrests had been confined to Muslims.

However, no arrests have been made in the case pertaining to violence at Parade.

“It is because the truth is for everyone to see,” claimed Rashtriya Swayamsevak Sangh leader D.K. Dubey, sitting at the entrance to Chandeshwar Hata. The area functions as a residential colony of sorts. At the entrance is a poster with the image of a Hindu deity that announces, “We will not flee but show bravery.”

Amit Batham, a BJP leader whose office is close to Chandeshwar Hata, where the violence transpired, said, “Hindus were being attacked, I have received threats too, we felt that they will destroy the Hata.” “If we hadn’t retaliated, they would have created another Godhra here. We had to protect ourselves. After namaz they came in with stones, hurled petrol bombs at us and tried to enter the Hata,” another man at the Hata said, requesting anonymity.

The owner of a shop adjacent to the Hata said,”The bulldozer should have come right after the CAA-NRC [Citizenship Amendment Act-National Register of Citizens] protests. Had that happened, this wouldn’t have happened.”