About 25 people, including seven policemen, have been severely injured in the incident. 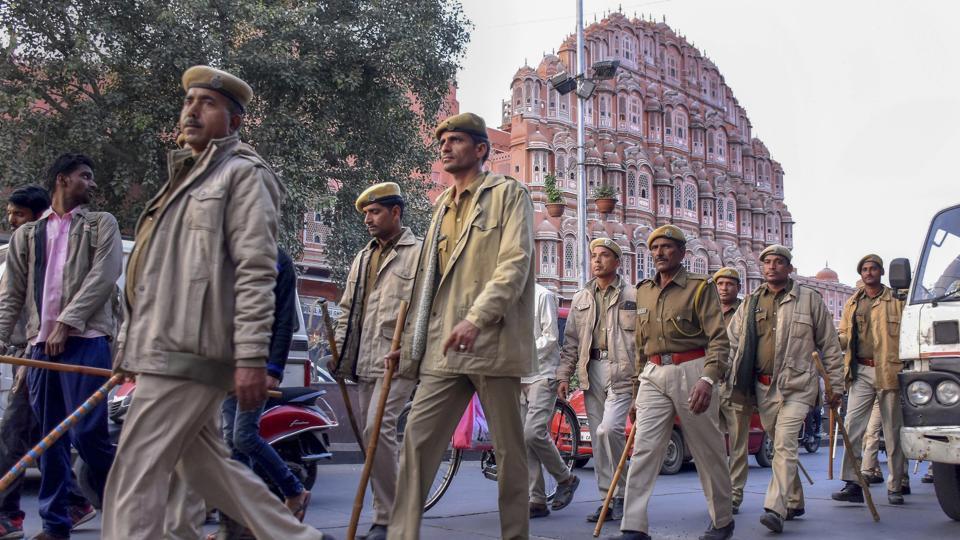 Jaipur: The day after a confrontation between Kanwariyas and the Muslim residents of Jaipur’s Galta Gate, a communal clash broke out between two groups on Eid-al-Adha in the Muslim-dominated Eidgah area.

Hundreds of people from both communities blocked the Jaipur-Delhi highway and pelted stones at each other and at vehicles passing by.

About 25 people, including seven policemen, have been severely injured and admitted to Sawai Man Singh Hospital in the city.

According to locals in the area, anger had been brewing over the last few days. Nadeem Siddiqui, a local from the Laxman Narayan Puri area – the epicentre of the clashes – said, “Some fringe Hindutva elements, under the patronage of the ruling party of India, used to beat the Muslim residents being ferried on e-rickshaw in the area for no reason.”

“It was almost an everyday affair that a person from our community would be beaten up. Some have filed complaints too,” he added.

On Sunday, at a programme by Kanwariyas at a park in the Galta Gate area, some raised anti-Muslim slogans over a microphone and also warned that they will not let residents celebrate Eid, which angered the Muslim community in the area.

When they protested, the Kanwariyas took out swords, which led to a minor scuffle between the two groups. The situation was controlled after a heavy deployment of police forces, extending till the late evening of Eid – August 12.

“We can’t even describe what sloganeering against the Muslims happened in that ‘religious’ function. Apart from their routine ‘Leave Hindustan, go to Pakistan’ slogans, they also abused Allah and our ladies. All this is happening under the patronage of RSS,” added Siddiqui.

Meanwhile, according to an eyewitness of the Kanwariya yatra that took place from Galta Gate area to a Shiva temple near the Mandi Khatikhan area on Sunday, some men from the Muslim community stopped the Kanwariyas from hoisting a saffron flag on top of the temple.

“We had saffron flags and the tricolour with us, and while marching towards the Shiva temple on Sunday afternoon, we were raising simple slogans like ‘Bharat mata ki Jai’ and ‘Jai Shri Ram.’ Some history-sheeters from the Muslim community – Afzal and Liaqat – snatched the saffron flag from us, which led to a scuffle,” Namo Narayan, a resident of Mandi Khatikan colony in the Galta Gate area, told The Wire.

Five Kanwariyas were injured in the confrontation on Sunday and admitted to SMS hospital – four have since returned home.

In a conflicting account, Khalid Manzoor, another eyewitness to the clashes, told The Wire that on the night of Eid, when two boys named Faizal and Aamir of Eidgah area in Jaipur had gone to World Trade Park, a shopping mall in the city, a group of men – apparently part of the same group of Kanwariyas that were involved in the previous day’s confrontation – began following them. They stopped the boys in an isolated area and assaulted them.

After the injured boys reached their homes and narrated the incident, a crowd gathered and took them to the police station in the Galta Gate area. However, the police refused to register an FIR citing lack of jurisdiction.

Even the Transport Nagar police station did not register an FIR, which supposedly led the crowd to turn violent. “It was approximately 9:40 pm when these two boys were assaulted on their way back home. Until 2 am, the police didn’t take any action, which led to the sudden eruption of angst among the community,” .

Later, on Tuesday, the police authorities registered an FIR in the matter.

“An FIR has been filed under Section 323 (voluntary causing hurt) and Section 341 (wrongful restraint) upon the complaint by Faizal and Aamir,” Name Chand, station house officer at Gandhi Nagar police station told The Wire.

The Kanwariyas were supposedly upset over the buying of animals for Eid, the market for which was stationed near the highway by the administration.

“The market right near the highway did create a traffic jam but there was more to it than just that. The extremist Hindus hate our festival. They had already warned about not letting us celebrate Eid and they successfully did so,” said Siddiqui.

The opposition BJP in the state has solely blamed the Muslim community for the clashes. “Kanwariya yatra happens every year, what’s so new this time that it would lead to a communal clash? Actually, the Congress government in Rajasthan is behaving like impotent in handling the Muslim community. It’s all vote-bank politics,” Amit Goyal, a BJP spokesperson, told The Wire.

However, according to the police, the clashes broke after a minor road accident took place in the area.

Speaking to The Wire, commissioner of police Anand Srivastava said, “There was a minor accident yesterday at the Galta police station area which turned into a violent clash between the two communities. The situation is under control now.”

He also said that no death has been reported. So far, five people have been arrested and mobile internet has been suspended in ten police station areas.