Is India Lurching Into a Genocide?

Our leaders have taken India to the very edge of the abyss. My desperate hope is only that enough of us don’t shut down our conscience.

Genocide attempts to destroy a people, in whole or in part. Is India in danger of being engulfed in a genocidal bloodbath? Is genocide inherent in the imagination of Hindutva? Indeed, is genocide an inexorable outcome of the Hindutva project? That we are compelled today to even consider these questions is terrifying enough. What is even more chilling is the growing numbers of people, both in India and other parts of the world, who fear that the answer to each of these questions is an unequivocal yes.

Two recent credible international reports warned that India stands at the abyss of genocide, this gravest of crimes against humanity. The 1948 United Nations Genocide Convention clarifies that genocidal destruction may seek to exterminate a national, ethnic, racial or religious group, through killing or gravely harming its members, or deliberately imposing living conditions that seek to “bring about its physical destruction in whole or in part”. What distinguishes genocide from other violent crimes is when victims are targeted only because they belong to the stigmatised group.

One who sounds the alarm is Gregory Stanton, founder-director of Genocide Watch. His is not a voice that can be taken lightly: he had predicted the massacre of the 800,000 Tutsi in Rwanda five years before it took place in 1994, and accurately foresaw many other genocidal projects since. He warns that a genocide of Muslims in India could take place. He identifies many early “signs and processes” of genocide in India, including hate stigmatising of Muslims, their dehumanisation – including terming them termites, and many targeted acts of hate violence.

The other report, even more grim and urgent in its predictions, is by the United States Holocaust Memorial Museum. It gathers evidence that India is the second-most likely, of all countries in the world, to witness mass killings soon. (The most likely is Pakistan, and India is followed by Yemen and Afghanistan.) Their threshold for mass killing is when 1,000 or more civilians are deliberately killed by armed forces (whether government or non-state militia), over a period of a year or less, because of their membership in a particular group. It expects India to sink into communal blood-letting by private groups supported by the state.

But are we listening? Within India as well, influential, respected voices are calling out with similar burning agitation. These range from intellectuals, retired judges, retired senior civil servants, teachers to students, human rights workers and belatedly political leaders from the opposition. However, the senior leadership of the government and the ruling party is undeterred. After all, the Hindutva project requires a radical, violent rupture between India’s Hindus and those of the hated “other” that it constructs, India’s Muslims and Christians. Our leaders are as determined as ever to push the country down this horrific path of hate, fear and blood.

Many “early signs” are visible everywhere. You only need the eye to see, and heart to care. There is pervasive and stunningly toxic hate speech. NDTV tracks “VIP” hate speech, or hate speech by senior leaders of government or political parties, and finds a shocking rise of by 1,130% during the Narendra Modi government since 2014, compared to the preceding regime. Just 0.3 instances of VIP hate speech a month during UPA-2 rocketed to 3.7 per month in the Modi years. Unsurprisingly, the BJP contributed over 80% of this. Led sometimes by the prime minister, but much more shrilly by his home minister and several Union and chief ministers, this hate speech pandemic stigmatises, taunts, insults and sometimes openly incites violence against India’s Muslims. They depict Muslims as bigoted and violent oppressors of Hindus in history, as breakers of Hindu temples; and in contemporary times variously as unpatriotic, loyal to Pakistan, terrorists, sexual predators, love jihadis, cow-killers, child breeders and infiltrators. Christians are portrayed as deviously deploying overseas donations to bribe impoverished people into converting to Christianity under the cloak of humanitarian services.

Online and in public gatherings, a range of other right-wing supporters, from people in saffron robes, jobless youth to upmarket tech doyens, are even more candid in spouting their hate, openly calling for mass killing, mass rape, boycotts and expulsions. Sometimes for the record, a thin official line is drawn, claiming distance from these “fringe” elements. But this wears thin because hatemongers are rarely punished, many are instead inducted into party positions. My petition to the high court to at least register police complaints against the BJP leaders who made provocative hate speeches igniting the communal violence in Delhi in 2020 was strenuously opposed officially and went nowhere. Even the prime minister “follows” some of the most poisonous hate super-spreaders on Twitter. 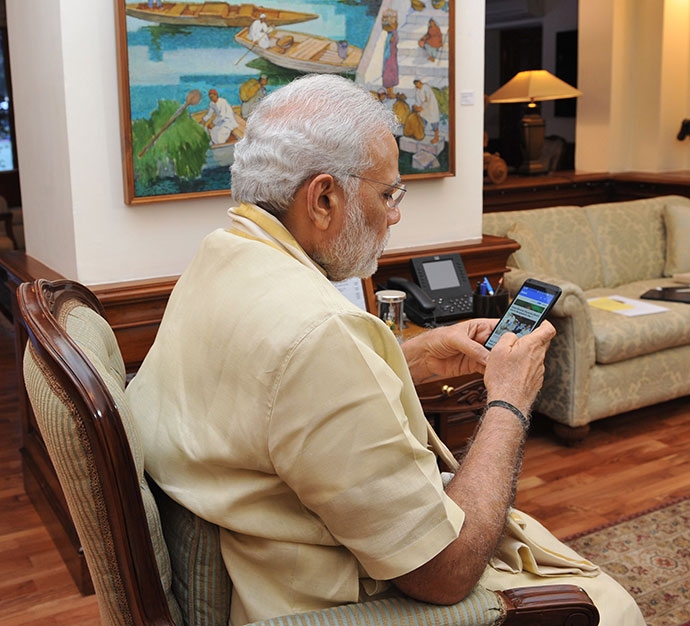 Other signs of dread include of course the other pandemic, of unrelenting hate violence targeting India’s Muslims. Brutal lynching by mobs in the name of cow protection have become routine. A child is beaten for drinking water in a temple, a youth for daring to sell bangles to Hindu girls, another for selling meat, but increasingly people are thrashed only for the only crime of being visibly Muslim, or for operating Christian places of worship.

Most worrying are state actions that openly target Muslims. Genocide Watch is worried in particular about the potential impact of the Citizenship Amendment Act, 2019, drawing ominous parallels with Myanmar, where the Rohingya were first declared non-citizens, and then brutally attacked and expelled. The implementation of the National Register of Indian Citizens in conjunction with the Citizenship Amendment Act is also a nightmare for its frightening echoes of the Nuremberg laws in Nazi Germany. Many governments are passing “love jihad” laws that enable the police to criminalise Muslim men who consensually marry Hindu women. Large numbers are imprisoned even under national security laws for allegedly trading in beef. The chief minister of Assam launches a drive to selectively clear farm “encroachments” by Muslims, and announces that these lands will be allotted to “indigenous” people.

It is tempting for supporters of the ruling establishment to dismiss claims of possible genocide as alarmist, mischievous and motivated “foreign” interference, not efforts “to alert the national conscience”. But the Holocaust Memorial Museum Report warns of the dangers of such denial. “We know from the Holocaust what can happen when early warning signs go unheeded.” It reminds us that “genocide and related crimes against humanity are devastating in their scale and scope; in the enduring scars for survivors and their families and the long-term trauma they cause in societies”

Will we heed East German pastor Schorlemmer speaking to Susan Neimer of what other countries can learn from Germany. “You can learn,” he declared, “that no country, no culture, no religion is immune to falling into the abyss into which we fell. And once it begins, there will always be people who shut down their conscience and side with the strongman.”

Can we recognise that our leaders have taken India to the very edge of the abyss? My desperate hope is only that enough of us don’t shut down our conscience.

Harsh Mander is a Richard von Weizsacker Fellow and chairperson of the Centre for Equity Studies.