Encouraged by politicians and facilitated by technology, anti-minority sentiments have found venomous expression. 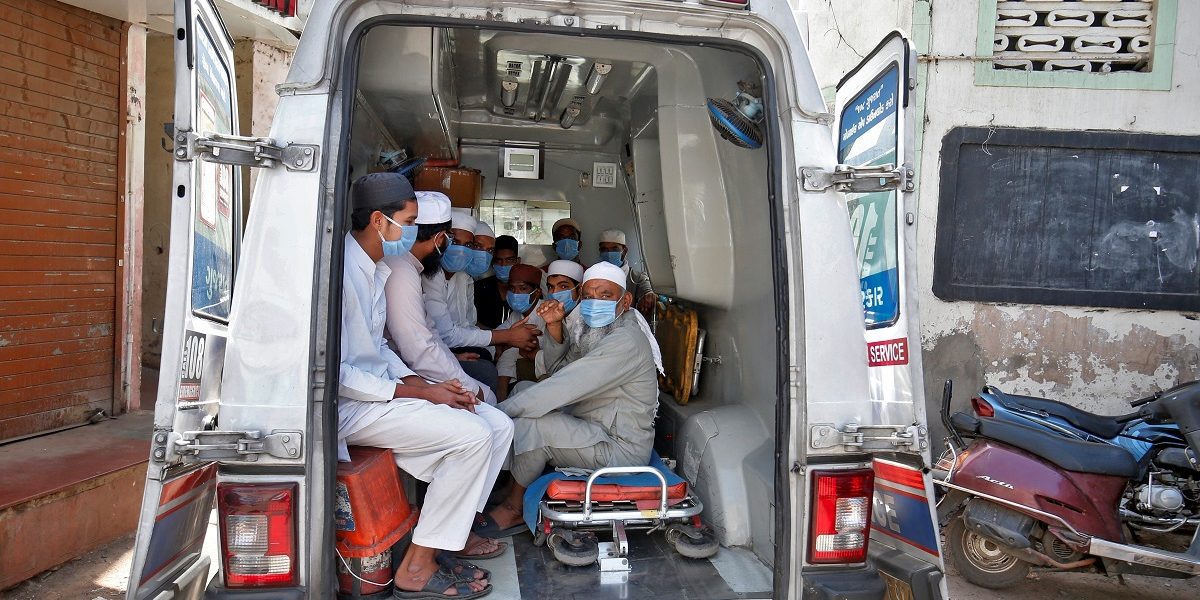 Men, who according to health and police officials had visited three Muslim missionary gatherings including in Nizamuddin area of New Delhi, wearing protective masks sit in an ambulance in Ahmedabad, India, April 3, 2020. Photo: REUTERS/Amit Dave

A few years ago, newspapers reported about a neighbourhood on the outskirts of Mumbai which was referred to as Chhota Pakistan. That by itself is not unusual – Muslim dominate clusters are often described by that derogatory term – but what was certainly bizarre and objectionable is that this description was used in a bill issued by the state’s electricity board. A couple of years later a similar incident took place in Ahmedabad—in this case, it was an FIR where the word Pakistan was used for a local suburb.

Personal prejudice is one thing, institutional bias is another. The first has been rampant for years and decades. Anti-minority sentiments are not an Indian thing—they exist all over the world. The Indians in Britain were called dirty, with strange cooking habits and “Paki-bashing” was rampant in the 1970s. It began to ease in later years, but not without a political fightback by Indians and others. In the US, racism is rife, and Indians – for all their pretensions of being a model minority and different from others – face it regularly. African Americans are the worst sufferers, with the system often heavily against them. Asians, especially Chinese, are now getting the worst of it because the novel coronavirus originated in China. President Donald Trump, no slouch in the racism department, called it a ‘Chinese virus’ openly, which was seen by his followers as a signal for an open season against Chinese Americans.

Like the US, India too has several laws and regulations against bigotry and bias on account of caste or religion. Yet, as we well know, in practice this is flouted regularly. Keeping out one community or the other from a housing complex on grounds of religion is a common occurrence. Jobs are scarce to come by for Muslims. (I know of large, listed companies which rarely, if ever, hire Muslims.)

On a personal level, it is even worse. The use of the worst kind of terminology is routine, and even otherwise ‘liberal’ families draw the line at marriage between castes and communities.

For long, such biases were kept out of the public eye. People would be careful not to freely talk in a communal manner in public. Discussions on marriage would happen within the family. The barriers to housing became public only in recent times, even though such practices had gone on for long.

But now, it has all burst out in its full, glorious, ugliness. Encouraged by the examples set by politicians and facilitated by technology, all the suppressed bile, kept under control because of social conventions, has found venomous expression which has become wide-spread. Now, it is almost fashionable to be a bigot, to make the most outrageous statements without any embarrassment, much less shame. WhatsApp groups and Twitter are brimming with anti-minority statements, unmindful of proper spelling or grammar, and fully aware that there are absolutely no limits or consequences for such outbursts. 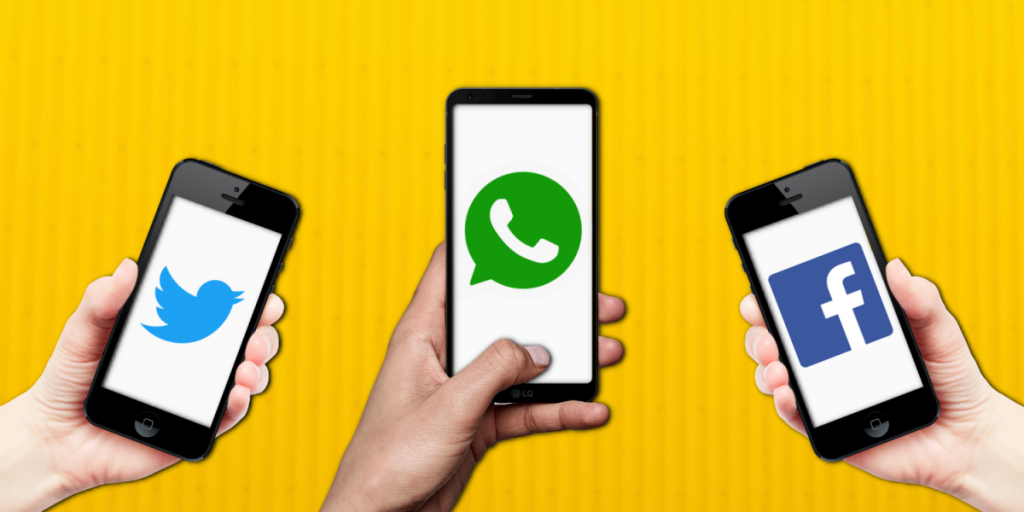 Social media has been a happy playground for not just freelancers but also public figures. The new star on Twitter is Tejaswi Surya, the young MP from Bangalore who is not content with just ordinary anti-Muslim tweets but goes much further. An old tweet of his surfaced recently, in which he had made some offensive claims about Arab women.

Arab activists, including some influential voices, did not let this go and responded. They must have noticed the continuous barrage of anti-Muslim tweets originating in the Gulf countries. The prime minister was compelled to make a statement – a most generic one – about how the pandemic affected everyone equally and how we should “attach primacy to unity and brotherhood.” Gulf-based Indian Ambassadors had to do some deft public, and no doubt, private diplomacy to calm things down, fully aware that millions of Indians worked in the Middle East and nothing ought to be done to annoy the host countries.

Prime Minister ..
An Indian Member of Parliament accuses Arab women, and we Arabs are asking for his membership to be dropped !!@narendramodi@PMOIndia pic.twitter.com/aQl4XayWZU

Our brave television anchors, always ready to battle with the world from within the comfort of their studios, compete with each other nightly to be more shocking than the other. Their viciousness has no limits, and their disregard for facts is breathtaking.

These sustained campaigns are not done at random—they build up narratives which pay off eventually. The constant barrage of communal statements by politicians, on social media, through the mainstream channels, has over the years created fertile ground for planting ideas into people’s minds. It is almost universally accepted now that the reason for the coronavirus spreading rapidly in India is the meeting of the Tablighi Jamaat. Nobody wants to know the different aspects to that argument—it is now accepted wisdom that the Tablighis are the real culprits. For the television channels, the Tablighis are a godsend – Muslims in white kurta-pyjama, with skull caps and beards! – and they milked it to the hilt. The atmosphere had been created—for the anchors it was a simple matter to whip up the frenzy. Even those who were not particularly communal-minded happily accepted this bogus theory.

Now, the poison is spreading and affecting institutions. The recent case of a cancer hospital in Uttar Pradesh which barred Muslim patients or visitors from entering unless they had a COVID-19 negative test done is a good example of how media propaganda can have consequences. The hospital issued an advertisement which cited the ‘irresponsible’ behaviour of the Tablighi Jamaat for its condition. It has since apologised and an FIR has been filed, but it is almost certain such cases will happen again, even if discreetly.

Such attitudes don’t disappear because they carry the risk of punishment. A few prosecutions and deportations from the Gulf may shut it down there for a while, but the millions in India who are regular purveyors of hate will carry on regardless, with no fear of retribution or accountability. Who can police WhatsApp groups, even if there is the will or intention, which there isn’t. Twitter has a poor record of going after bigots. Our anchors and media companies see value in pandering to the worst prejudices of their viewers. As for our Hindutva politicians, it is not just a matter of long-held conviction, but also a smart career move—how else do you come to the notice of the bosses?

The disease is now too widespread and will only get worse. There is no antidote to it, no vaccine and no cure. In time, almost everyone will be infected by it.