India's Temple Is its Secular Constitution

India's composite and secular credentials, which were born out of processes that took four millennia to unfold, are being burned down within a few years in our times. A view of the Red Fort from where Prime Minister Narendra Modi addressed the nation on the 74th Independence Day, in New Delhi, Saturday, Aug 15, 2020. Photo: PTI 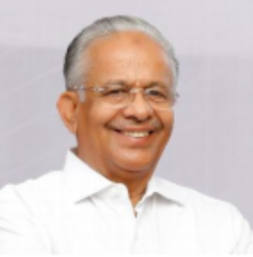 A thousand years scarce serve to form a state. An hour may lay it in the dust

Lord Byron’s verses from Childe Harold’s Pilgrimage are inscribed on the opening page of Constitutional Law of India by H.M. Seervai.

What a simple truth! India as a composite secular nation has been evolved out of a cultural process that lasted for more than four millennia. But its composite and secular credentials are being burned down within a few years in our times.

Indian secularism has civilisational and constitutional roots that are invincible beyond the muddling of party politics. Indian secularism is based on the doctrine of Sarva Dharma Samabhavana or equal treatment of all religions, unlike its European counterpart.

The motto of the republic, ‘Satyameva Jayate’ is taken from the Mundaka Upanishad, a Hindu scripture.

The State Emblem of India, the Lion Capital of Ashoka, from 250 BCE at Sarnath, has Buddhist roots.

The dome over the central hall of the Parliament has these Quranic verses inscribed on it: “Almighty God will not change the condition of any people unless they bring about a change themselves”.

All these amply demonstrate that the ideal of secularism, a cardinal principle of our republic, denotes equality among various religious communities as interpreted by the Supreme Court in the Ismail Faruqui v. Union of India judgment (1994).

In The Discovery of India, Jawaharlal Nehru traced back the evolution of India’s composite culture through millennia of cultural osmosis. Indian culture’s roots are too deep to touch the Indus Valley civilisation and the process of its cultural evolution is everlasting.

While India’s new national flag was unfurled for the first time on August 15, 1947, at the India Gate, a rainbow was bloomed on the horizon. It was a symbol of the newly born nation displaying its cultural diversity evolved out of the millennia of civilisational osmosis.

India is truly a rainbow nation and a microcosm of the world.

The Drokpa tribe, inhabiting the northern-most territory of India, Ladakh, is considered to be the decedents of the soldiers of Alexander the Great who invaded India in 326 BCE and as such, pure Aryans. Whereas, the Jarawa tribe, inhabiting the southern-most territory of India, Andaman Islands, are Negroid. Thus, India has Europe and Africa within its soul.

In India, there were African princely states until the independence. Among them, a major one was Janjira. From 1891 to 1896, Shalom Bapuji Israel Wargharkar, a Jew, served as the prime minister of Janjira off the Konkan coast of Maharashtra. The ruler of Janjira was Nawab Sidi Ahmed Khan, of Abyssinian African origin.

Records reveal that the state saw a renaissance during Israel’s prime ministership. An African state in India, ruled by a Muslim Nawab, and assisted by a Jewish Diwan. This would be possible only in India!

Preserving this rich heritage of our composite culture and promoting harmony and spirit of common brotherhood amongst all the people of India transcending religious, linguistic and regional or sectional diversities, is the fundamental duty of every Indian under Article 51A(e) and (f) of our Constitution.

Alas, this pluralist civilisation, evolved out of long cultural osmosis, is flickering in the wild storm of majoritarian politics today.

‘Starting from Himalaya up to the Indian Ocean is this God-created country Hindustan’.

This defined India in geographical terms that is inclusive of all cultures, religions, languages, ethnicities and races. But the Hindutva definition of India is exclusionary and chauvinistic.

The Indian Republic has a majestic temple; whose ground-breaking ceremony was performed by stalwarts like Dr B.R. Ambedkar and Jawaharlal Nehru. It is the constitution of India.

The fundamental rights and the directive principles of state policy are the twin shikharas of the temple. Socialism, secularism and democracy are the mandapas that provide space for all the devotees of the republic. The preamble is the garbhagriha made to house the deity. The concept of justice (social, economic and political) is the vigraha installed therein. Liberty, equality and fraternity are the three holy vestibules leading towards the deity i.e., justice.

But the temple and its cornerstone has been shaken by majoritarian politics.

The ground-breaking ceremony at Ayodhya has been an attempt to blast the temple of our republic, i.e., the secular constitution of India along with its deity, justice.

Nevertheless, secularism is the DNA embedded in Indian civilisation and nobody can remove it from India’s soul. Secularism as constitutional principle and cultural ideal cannot be sustained by politicians alone; but requires collective commitment from an impartial judiciary, a vigilant media, vibrant civil society, and an alert citizenry.

E.T. Mohammed Basheer is a Member of Parliament and former Education Minister of Kerala.