In Jharkhand, Modi Is Replicating What He Did in Gujarat in 2002

Instead of standing by the families of the killed and injured, the then chief minister of Gujarat had claimed that the state was being vilified. 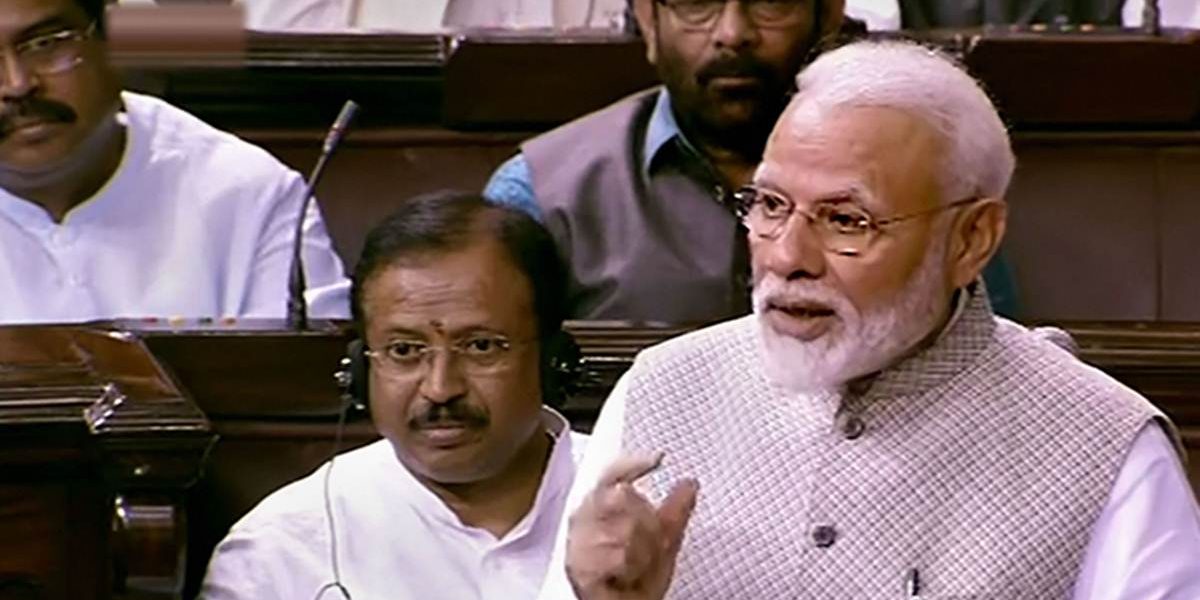 The prime minister said in the Rajya Sabha on Wednesday that he was saddened by the recent mob lynching, but “we do not have the right to insult the whole of Jharkhand”. When the killing of Tabrez Ansari is discussed, it is not with the intention to insult Jharkhand – for Ansari was also a son of the state. Jharkhand was, in fact, diminished when it lost him to a mob which insulted, brutalised and lynched him.

Since 2016, the state has seen a spate of mob lynchings. According to an editorial published in the Indian Express on June 27, at least 18 people have been targeted and killed by a mob since then – that is a large number for a small state. Needless to say, most of the victims were Muslims. To not recognise that the state has a problem does not actually help Jharkhand.

It is also a state where Hindus don’t get alarmed by the use of their revered God Ram while targeting Muslims. The images of a battered Ansari being forced to chant ‘Jai Shri Ram’ should shame Hindus and make them angry about the politics which is brutalising the Hindu masses.

One must look back to 2002 to understand what the prime minister is doing today. When the massacre of Muslims in Gujarat drew condemnation from across the globe, the then chief minister claimed that the state was being vilified. Instead of standing by the families and kin of the killed and injured and thousands of displaced Muslims, he chose to lead a campaign against insulting Gujarat.

In his Gujarat Gaurav Yatra, instead of condemning the killings, he led the Hindus into a state of denial over the anti-Muslim violence. In his speeches, he wanted his audience to believe and say that it was a canard being spread by the enemies of Gujarat.

Those killed, maimed and forced out of their habitats were also sons and daughters of Gujarat. But there was not a word of empathy for them from the then chief minister of the state. Instead, he added to their agony when he got relief shelters dismantled, making Muslims roofless once again – that too at a time when it was raining heavily.

Even then, it was not the whole of Gujarat which was involved in the violence against the Muslims of the state. The victims were also Gujaratis. The violence was planned and executed by an organised, majoritarian political force.

A benchmark of insensitivity towards the Muslims was set in 2002 by the political leadership of Gujarat. It seeped into the masses. By making Hindus believe that they alone were the bearers of the identity of Gujarat, he tried to make them own the majoritarian politics that he practiced. The then chief minister of Gujarat, now the prime minister, is attempting the same thing in Jharkhand.

Ansari’s killing was an act of violence, but this violence is more sinister than other acts. When your identity becomes the cause of the violence against you, it affects not only the one being targeted but all those sharing that identity. No wonder, hate crimes are put in a different category across the globe.

One must understand what the prime minister was trying to do when he mentioned the violence of Kerala and Bengal, and called upon the opposition not to differentiate between ‘my violence’ and ‘your violence’. His party and the affiliates of the RSS have been portraying these two as states where Hindus are under attack. So, through a clever speech, the prime minister was making two categories and pleading with the opposition that they should also condemn the violence of their people and not merely target his people.

When the prime minister pontificates about non-partisanship, we should remember that it was his party and his ministers who facilitated and decorated the accused from cases Dadri to Ramgarh. These acts have created an atmosphere of impunity and also communicated to the law and order machinery that it is a special, official kind of violence in which the victims are to be made the accused first. Why should one be surprised or shocked that the Jharkhand police didn’t provide medical assistance to the dying Ansari, and instead threw him in jail, thus ensuring his death? Or, why criminal cases are filed against the attacked Akhlaq or Pehlu Khan or Alimuddin before the attackers?

From where did the crowds get this weapon of ‘Jai Shri Ram’? Who fashioned it and used it against political opponents? Recall the scene of the Lok Sabha where Muslim MPs were verbally assaulted by the same slogan. It was an act of violence – that too hate-violence. Why raise ‘Jai Shri Ram’ when a Muslim MP is going to take an oath?

Further back, remember the election meetings of the prime minister himself. He repeatedly made the audience raise the slogan of ‘Jai Shri Ram’ as if it was a political act of asserting their identity. He was creating a warring community. He did it with ‘Vande Mataram’ as well.

This slogan has nothing to do with religion. It is a hate slogan – to dominate and subjugate minorities. Can my Muslim journalist friend forget that in 1990 he was stopped at the Gandhi Setu on his way to Patna by the members of the Bajrang Dal and forced to chant Jai Shri Ram? It was when the chariot of Lal Krishna Advani was to enter Patna. The air of Patna was trembling with slogans of Jai Shri Ram and cars and bikes were allowed only after the riders chanted it. The present prime minister was then accompanying Advani.

Sudipta Kaviraj, while discussing the use of ‘Vande Mataram’, wrote:

“All societies, Durkheim argued, must have a language in which they value themselves, since one of the central devices for maintenance of societies is this mechanism for collective self-reverence.”

Is ‘Jai Shri Ram’ – with ‘Vande Mataram’ – part of a language used by a section of the Indian society which assures it of its value? Why then force the others to chant it? Valuing or revering yourself by violating the dignity of others is an expression of insecurity. Who created this insecurity in the Hindus?

You don’t have to dig deep into the archives. Images of a political leader with clenched fists and raised hands exhorting his audience to chant ‘Vande Mataram’ and ‘Jai Shri Ram’ would surface on the screen of your computer. It was the same man who challenged the chief minister of Bengal to arrest him for raising this slogan. The same person who pleaded for a non-partisan condemnation of violence in the parliament yesterday.