In BJP’s India, Love Means Hindus Never Marry Out of their Religion

Before 2014, interfaith couples largely had no one to fear but their families. But since the BJP came to power, even ordinary people believe they have the right to harass such couples. New Delhi: In 2020, Sidhant*, a Hindu man, and his girlfriend, a Muslim woman, decided to marry. They had been in a relationship for five years and neither of their families had opposed the relationship.

But when the woman sought permission from her family to marry Sidhant, it was refused. Her family was afraid to be caught in a situation in which someone could accuse their daughter of honey-trapping Sidhant to make him accept Islam. They were terrified of being accused of ‘love jihad’.

As laws begin to dictate the parameters of choosing one’s marital partner, there is little social space left for love that blooms beyond caste and religion. In November 2020, the Uttar Pradesh cabinet cleared a draft ordinance against forceful inter-faith conversion, including conversion after marriage, following which other BJP ruled states, including Gujarat, Madhya Pradesh and Uttarakhand, either passed bills against what they call ‘love jihad’ or displayed intentions of formulating such laws. Meanwhile, the Supreme Court said recently that Indian society should learn to accept intercaste and interfaith marriages.

As a term, ‘love jihad’ was initially used to explain the case of identity forgery that happened with Tara Sahdev, the national-level air rifle shooter in 2014, when she had alleged that her husband Raqibul Hassan alias Ranjit Kohli had pressured her to change her religion.

But it was instantly adopted by Hindutva organisations to harass interfaith couples, particularly Hindu-Muslim couples, on the grounds that the Hindu partner is often ‘forced’ to convert to Islam, which is seen as a ploy to increase India’s Muslim population. Even the relationship of Hadiya, who had chosen of her own volition to convert to Islam and marry a Muslim, was labelled ‘love jihad’.

Iqbal and Renu have been married for 13 years now. “Both our families disowned us so we married in the presence of a few friends,” recalled Iqbal.

Renu belongs to an ‘upper caste’ Hindu family and said she had grown up witnessing her family ostracising Muslims not just with words but with actions as well.

“The word ‘Malechh’ was used as a slur for Muslims; it signified their low social desirability in the village,” said Renu. “When I decided to marry a Muslim, I knew it wouldn’t go down well with my family.”

“Marrying someone from another religion has always been a deal breaker with the parents,” added Iqbal, a theatre professional. “But it becomes more problematic when Hindus and Muslims are involved.”

Also read: Changing Faith: Why Are Political Conversions Legal But Religious Ones Suspect?

Renu feels that interfaith couples in today’s India have a lot more than just family to fear. “Back in 2008, I lost my family and my friends because of my marriage. But today, a whole society will run after you to question your decision to marry the ‘other’,” she said.

She added: “When Sharmila Tagore married Mansoor Ali Khan Pataudi in 1969, there was no hue and cry. Today anti-conversion laws are being made to threaten people away from interfaith marriages. When the constitution allows two consenting adults to marry who they like or to choose the religion they like, why make such laws?”

When Renu and Iqbal shot a documentary film in Amroha, Uttar Pradesh, recently, a policeman asked to see the document that permitted them to shoot. When the policeman asked their names, Renu’s first reaction was to think up a Muslim name to avoid any Hindu-Muslim chaos in Yogi Adityanath’s state. “This is how fearful we have become,” said Renu.

Iqbal said that the term ‘love jihad’ is used by the RSS and like-minded organisations not to scare Muslims, but to control Hindus by fear. “By invoking the presence of a ‘threat’ to the dignity of Hindu women from Muslim men, they promote hatred,” Iqbal told The Wire. 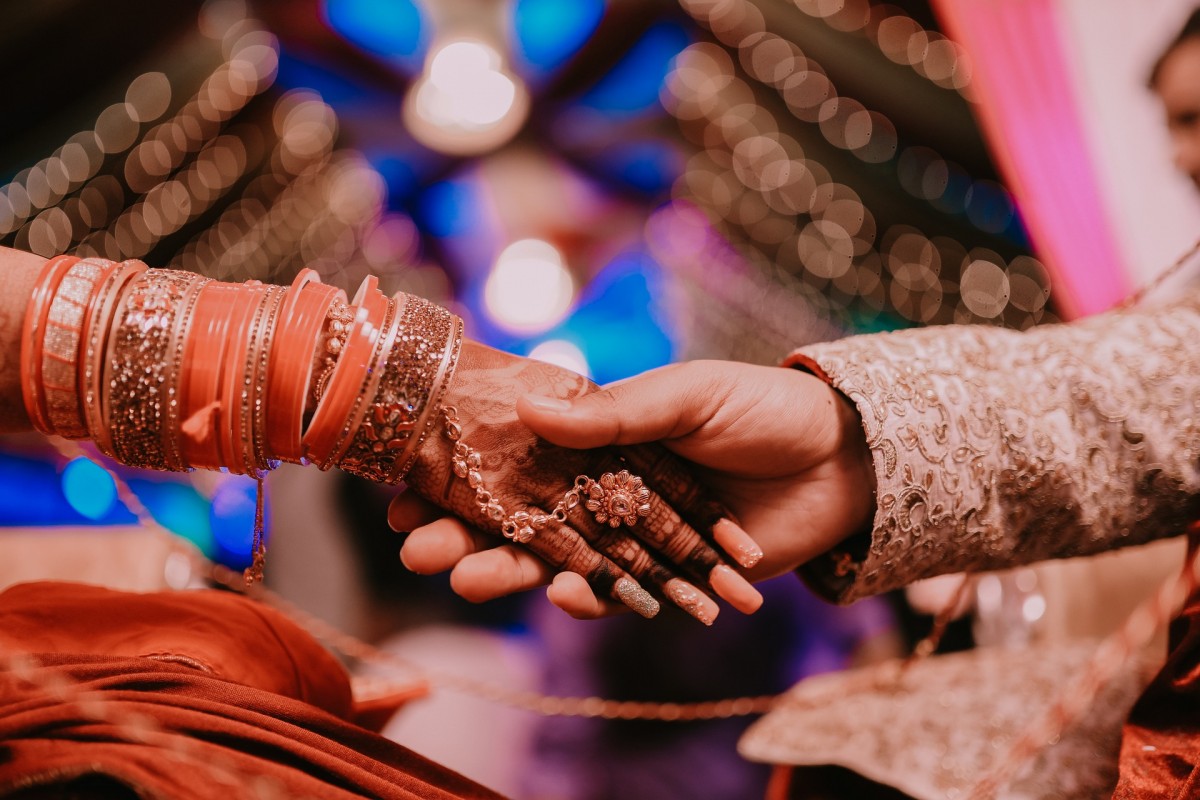 Shweta* and Ejaz* have been married since 2012. Shweta’s Brahmin family could not even contemplate the idea of a Muslim son-in-law and Shweta, a consenting adult, could not persuade them otherwise. When she finally eloped with Ejaz, her family sent the police after her.

“After a point my family backed off, realising that I was firm on my decision,” said Shweta. “But today it is much tougher for interfaith couples to marry. Earlier, people stopped their children from interfaith marriages to protect their lineages. Today it’s pure societal pressure.”

In the last few years, Shweta has noticed a growing interest among her Hindu neighbours about her life with her Muslim in-laws. “They ask me, ‘Oh, you’re a Brahmin, do they let you practice your faith?’ They are on a mission to make me say something against my in-laws. This kind of thing started recently, in the last two or three years,” she said.

In the new India

Sarfaraz and Anamika who married in 2019 have tasted the trauma of being in a union that comes in the way of majoritarian politics. While their families agreed to the marriage after much persuasion, a relative dragged the Bajrang Dal into the frame. On the day of the wedding, Sarfaraz told The Wire, Bajrang Dal men stormed onto the scene to warn Anamika’s father that he was ‘degrading Hindu society’ by giving his daughter to a Muslim. But Anamika’s father called the police and the wedding took place smoothly.

Even so, for months after the wedding, Sarfaraz received threatening calls for ‘daring’ to marry Anamika. The two of them continue to be wary of possible trouble even today.

“We have to be careful when renting a house,” Sarfaraz said. “We have to maintain a low profile; avoid the radar of the Bajrang Dal and other organisations that claim to safeguard ‘Hindu civilisation’.”

Also read: Kumbh 2021: Astrology, Mortality and the Indifference to Life of Leaders and Stars

Anamika and Sarfaraz also feel that because of the intense anti-Muslim propaganda that has been floated since 2014, even ordinary citizens believe they have the right to interfere in interfaith marriages or join mobs to harass Muslims. Simply by being an interfaith couple, their marriage has become a public entity deemed as a blasphemous coalition by communal elements.

According to lawyer Sadaf Chowdhary who married her partner from another religion in 2018, organisations that track down interfaith couples to harass them exhibit a great deal of hypocrisy. These organisations only find interfaith marriages problematic when the woman is a Hindu, said Sadaf. But when a Hindu man marries a Muslim woman, it is treated like ‘ghar waapsi’ (homecoming) or a ‘trophy wedding’.

“It is shocking to see how women have zero agency over their own will and bodies,” said Sadaf. “The patriarchy is so extreme that women are the last to have any say in what they want to do with their lives.”

Although the first anti-conversion or ‘love jihad’ laws were formulated from 2020 onwards, in 2018, the Union government deployed the National Investigation Agency, India’s counter-terrorism force, to investigate interfaith marriages in Kerala. The agency picked 11 cases of interfaith marriages for examination as part of its probe into cases of what they termed ‘love jihad’.

Names with * have been changed to protect the identity of the sources.