In Atali, Communal Violence Has Left a Legacy of Divided Families

A year and a half after communal violence rocked the village, many people who fled still refuse to return, fearing for their safety.

Kamruddin finally met his wife, Sitara, on the first day of the new year after over a year of living apart. Before this separation, the couple and their three children had lived together for over a decade. The long-awaited rendezvous lasted only a few hours and Sitara left after wishing her husband and in-laws a happy new year. She was scared for the safety of her children, even though they were visiting their birth place.

No matter the scale of rioting and destruction, the one consistent fallout of every communal riot is always the creation of dispersed families. It is not easy to mend the bonds between two communities once they break.

Even though it has been over a year since Atali village, in Faridabad district, was rocked by communal violence over a mosque’s construction, many families that fled the violence are yet to return. And the ones that have returned find themselves in a peculiar position since not all the family’s members have agreed to move back and still remain fearful for their lives. As a result, several of Atali’s families are now dispersed over several districts – even states in some cases – waiting to be united.

Kamruddin’s is one such family. He and his family left their home on May 25, 2015, as a result of the violence that had gripped Atali. A mob, reportedly comprising over 500 people, attacked 250 Muslim households in the village. Within a week of the incident, most of the 1000-strong Muslim community had left the village. Kamruddin’s parents were the first to return to Atali after the violence, followed by Kamruddin two months later. But his wife still refuses to come back. 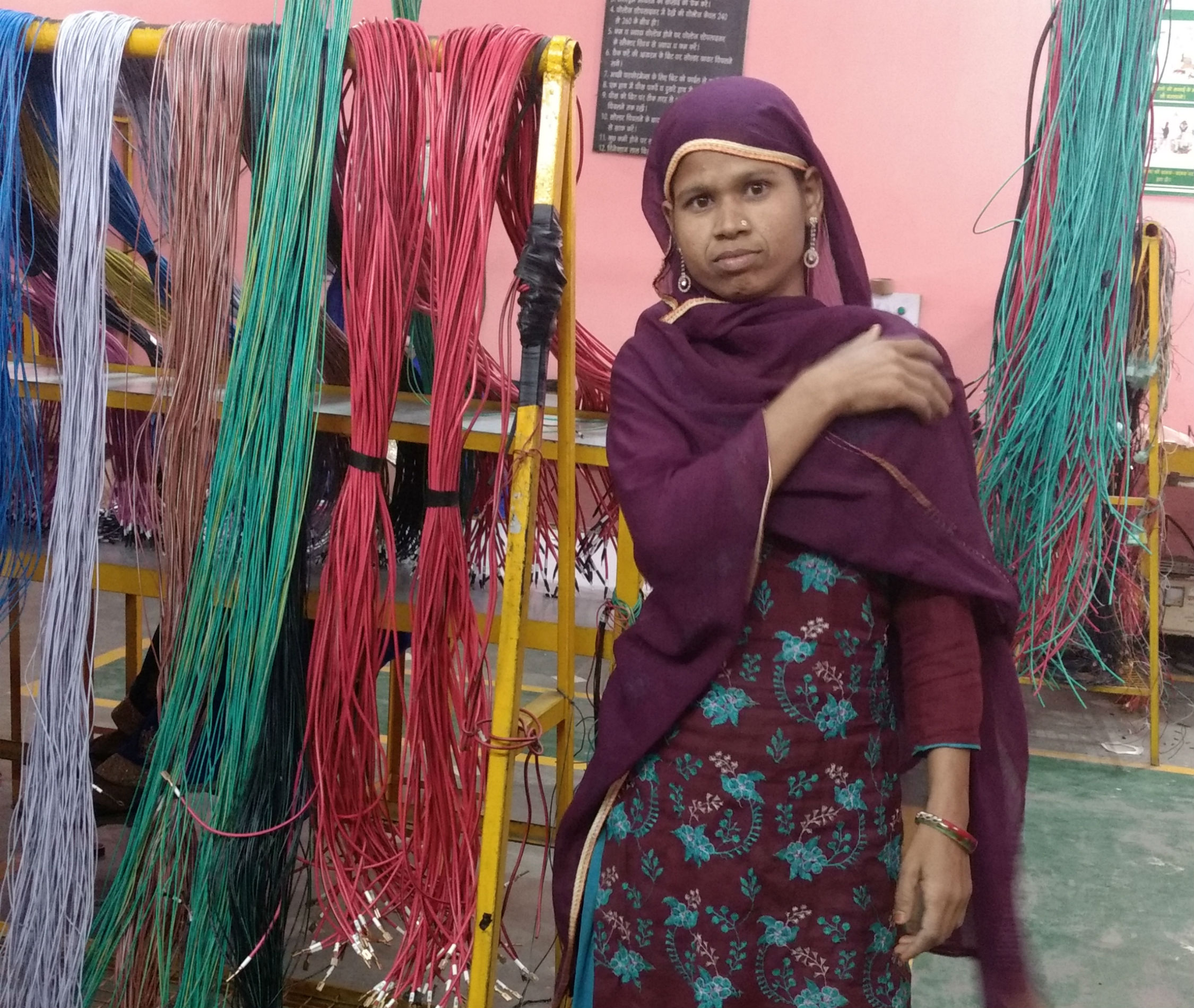 Sitara, Kamruddin’s wife, refuses to return to Atali as she fears for her children’s safety. Credit: Jyotsna Singh

“I am scared for myself and children. We all ran from a mob chasing us. I hid my youngest child in [the] attic. I can’t have them live through that experience again,” she said, adding that her eldest child – a nine year old girl – has distinct memories of the mob torching houses in their area.

The current environment in the village is of little comfort to her.

Within a week of his return, two of Kamruddin’s cousins – Nasim Alavi and his elder brother – were badly beaten by members of the majority Hindu community and had to be rescued by the police. The two, who moved to Delhi in 2015, were visiting their village to celebrate Diwali with their family, as they had done since they were children.

“Our family in [the] village had a lot of work due to Diwali. Therefore, I sent my sons for help[ing them]. As they went to a shop for some purchases, they were beaten up and dragged inside the village. We had to call the police to rescue them,” the Alavis’ mother said. The two suffered multiple fractures and were hospitalised for a week.

Kamruddin’s family is one of the worst hit by the 2015 violence. His father, Hasnu Khan, barely survived after being hit on the head with an axe. Khan still hasn’t recovered adequately. Kamruddin’s cousin’s house still bears the smell of burnt walls, wires and upholstery. And now his other cousins have been beaten black and blue.

The state’s apathy towards the Muslim community’s concerns has added to their alienation.

The area’s sub-divisional magistrate (SDM), Parth Gupta, said that the police received a complaint about “boys” being beaten up, but “it was a clash among youth of the village. We do not think it was communal violence.” Communal tensions are going unexamined in the face of the authorities’ refusal to recognise their occurrence. There are currently 10-15 policemen deployed in Atali, but they seem unconcerned.

“We heard about the clash between the boys. But I do not know much about it,” said a hawaldar posted at the site of the 2015 violence.

It’s not easy to manage a divided household. Sitara has started working in an automobile factory. The children stay with Kamruddin’s sister-in-law after they return from school. Alavi’s parents, who now live in Okhla, travel to Ballabhgarh every day since the shop they own is located there.

“It’s costly to stay away from home. The rent of the room is Rs 1,200 a month. In our village, we would get vegetables from the wild. In a new place, every single thing has to be bought,” said Sitara. But evading Kamruddin’s emotional coaxing, Sitara said she cannot risk returning to Atali till the matter is settled.

“I earn Rs 4,800 per month which is too little to bring up my children. But I will not risk their lives.” 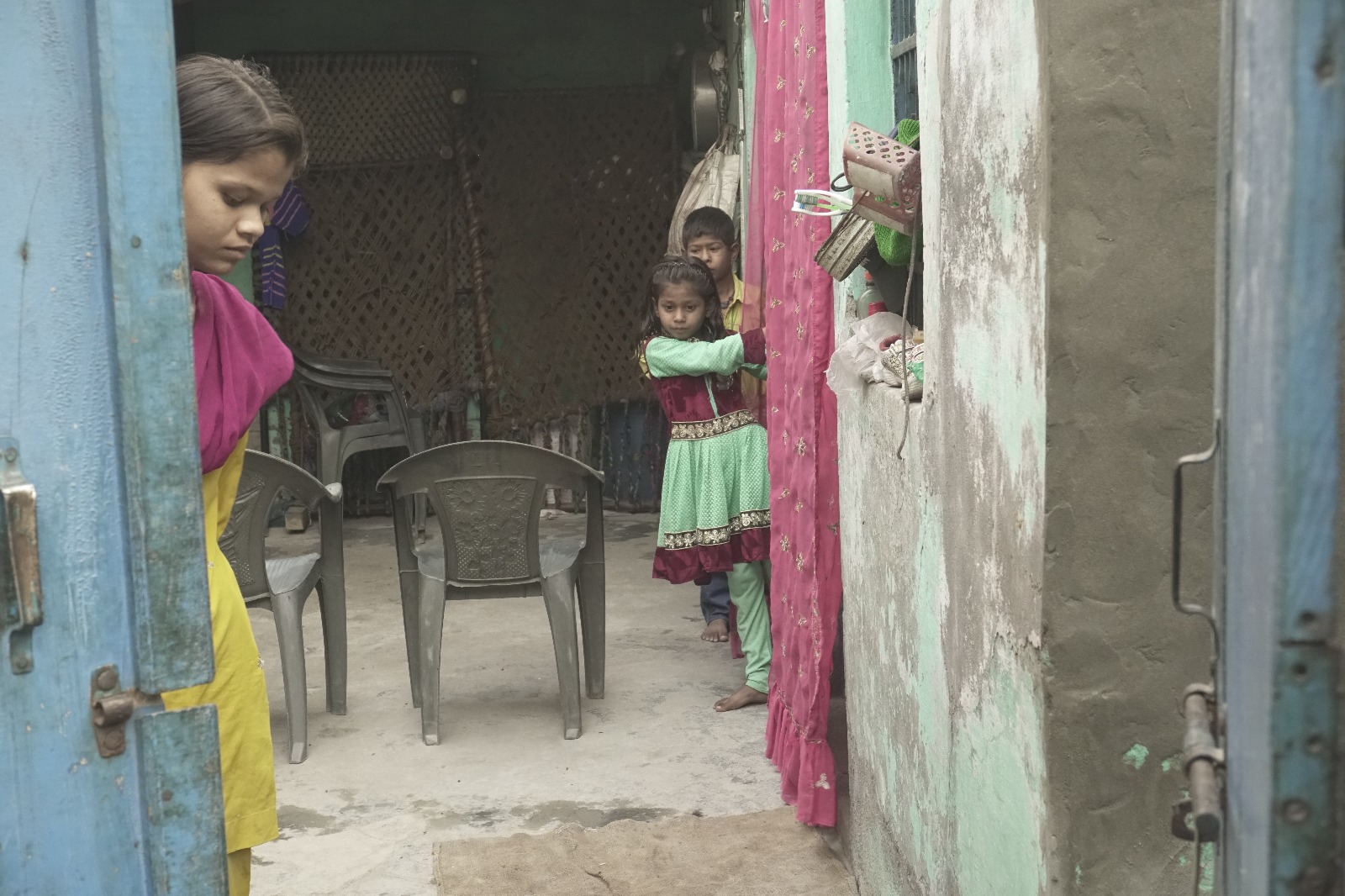 Stories of fear and dismay

Families, or parts of families, that have returned, have stories of fear and dismay to share.

May 22, 2015, was the last entry in Aman Ali’s school diary. It was a Friday. By the following Monday, everything had changed. Even Aman’s certificates of merit were not enough to keep him in school or the village. After over a year out of school, the eighth grade student has recently joined school again. But returning isn’t easy.

“The other day he saw a funeral march. He thought a group of people was coming to hit us. He ran and hid inside the room,” said Aman’s mother.

“I jumped from the first floor of the neighbour’s house and broke my ankle. I cannot forget that memory,” said the 12-year-old, as he showed me multiple photos of him receiving awards for his academic performance and being the cleanest student at his school.  While Aman has returned to Atali with his parents, his two siblings have refused. “My daughter and other son have refused to come. They are staying with relatives,” said Aman’s father, Sher Ali. The Alis are the most affluent Muslim household in the village.

Sher’s older brothers have either bought or rented houses in Ballabgarh and Delhi after the riots. “Ours was a house of 34 people. Now only three of us stay [here],” said Sher.

The family – whose business is fixing electricity poles for the government’s electrification drive – mainly depended on government contracts for income.

“Our business halved in the last one year. We do not get contracts of nearby places anymore. I have to travel far. But staying away was costing too much,” said Ali, who pays Rs 4,000 a month in rent.

People seem to be torn between choosing safety and monetary survival. Those who have returned, have chosen the latter.

Nassi Begum, who runs a grocery shop, has also returned to Atali due to high cost of living elsewhere. “I wish I did not have to come back. But staying away in Khanawali village was expensive. I changed three houses in one year. Here there is no tension of rent at least. Jo bhi hoga, dekhenge. (Whatever happens, we’ll see)”

Prahlad Singh, Atali’s sarpanch (village chief), who was elected three months after the violence, says that his efforts to restore relations in Atali have not borne fruit. “I have tried my best. I called two Panchayat meetings, involving Khap leaders from Rohtak. But the two communities are not ready to compromise. I have suggested building the mosque on some other land within the village. This will satisfy [the] ego of the majority community and solve [the] problem of the minority. But no one is agreeing to budge the ground,” said Singh.

The Punjab and Haryana high court is currently hearing a case regarding the land which was to be use to construct a mosque in Atali. And a district court in Faridabad is dealing with the violence-related FIRs that resulted from the violence.

The SDM said that the administration has not been inactive either. “There is continuous police deployment in the area. Nearly 20-25 policemen are always present in Atali. There is no reason to fear,” Gupta said.

Kamruddin believes things will return to normalcy soon, in his house as well as the village. “Now that 70% of us are back – 100 out of 150 households – rest will also have the courage to come home. The majority community will also move on,” he said. He recently bought a new mare, which has resulted in bountiful earnings thanks to the wedding season.

“Ultimately the Hindus will need my mare and I will take money from them. This interdependence will lead to more interaction between the communities.” He hopes to reunite with his wife and children soon.