The poem, 'Hum dekhenge', which has grown into a protest staple with a tune of its own, was sung at a Jamia solidarity march on December 17. 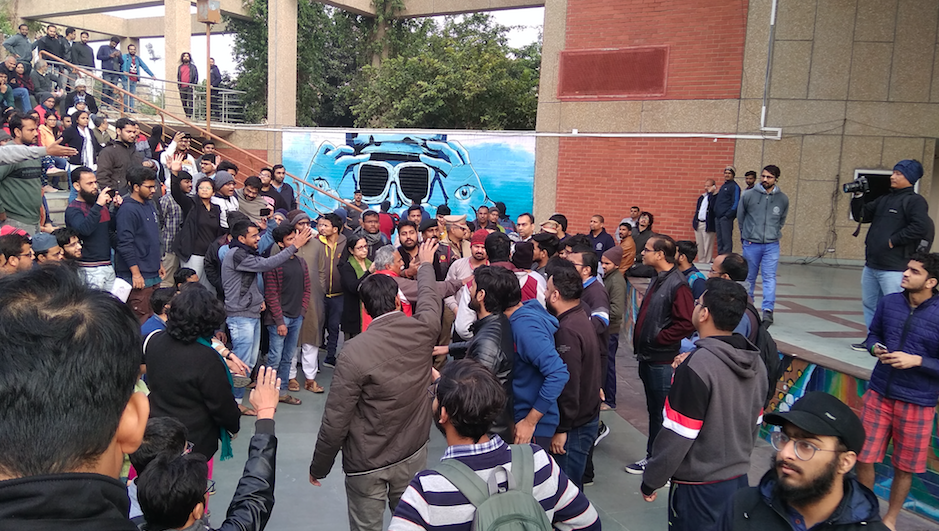 New Delhi: The recitation of a poem by Urdu legend Faiz Ahmad Faiz at Indian Institute of Technology, Kanpur, has snowballed into a controversy big enough for the institution to form a panel to decide whether the spirit of the poem is ‘anti-Hindu’.

The poem, Hum dekhenge, which has grown into a protest staple with a tune of its own, was sung at a December 17 march organised in solidarity with the students of Jamia Millia Islamia, upon whom police had unleashed violence on December 15.

A teacher of the institute, Dr Vashi Mant Sharma, then made a complaint against the video, reported Indian Express, alleging that a particular line of the poem is ‘communal’. The line, reported the newspaper, translates to “when all idols will be removed, only Allah’s name will remain.”

IIT-Kanpur’s deputy director Manindra Agrawal was quoted by NDTV as having said, “The video suggests that the poem provokes anti-Hindu sentiments.”

Also read: Have the Bullies of Yesterday Become the Bigots of Today?

The institute’s director Abhay Karandikar has, meanwhile, tweeted on the nature of the committee formed and said the institute had never permitted the solidarity march.

Institute never permitted any such protest/march etc. DD & Dean advised students against such activity. A high-level committee with the power to take disciplinary action has been constituted based on complaints received. @IITKanpur system does not tolerate any indiscipline. https://t.co/zwpRBrRlgM

The institute’s student media body “Vox Populi” recently said they had to take down an editorial against the institute’s decision on the poem, on the direction of the authorities.

Fauiz authored ‘Hum dekhenge’ in 1979, to protest against General Zia-ul-Haq’s military dictatorship. The poet, a communist, used Islamic imagery and metaphors to counter a the Islamic dictator. When Iqbal Bano first sang it as a song, it caught the imagination of thousands of Pakistanis, as it captured their frustrations.

One verse of the poem – arguably the most revolutionary one – has been cut from most reproductions of the poem. It says,