Hindutva Page Lists Over 100 Inter-Faith Couples, Asks Hindus to Hunt Them Down

While the page was taken down by Facebook on Sunday night, there are many other such hate-filled communities festering on the platform. 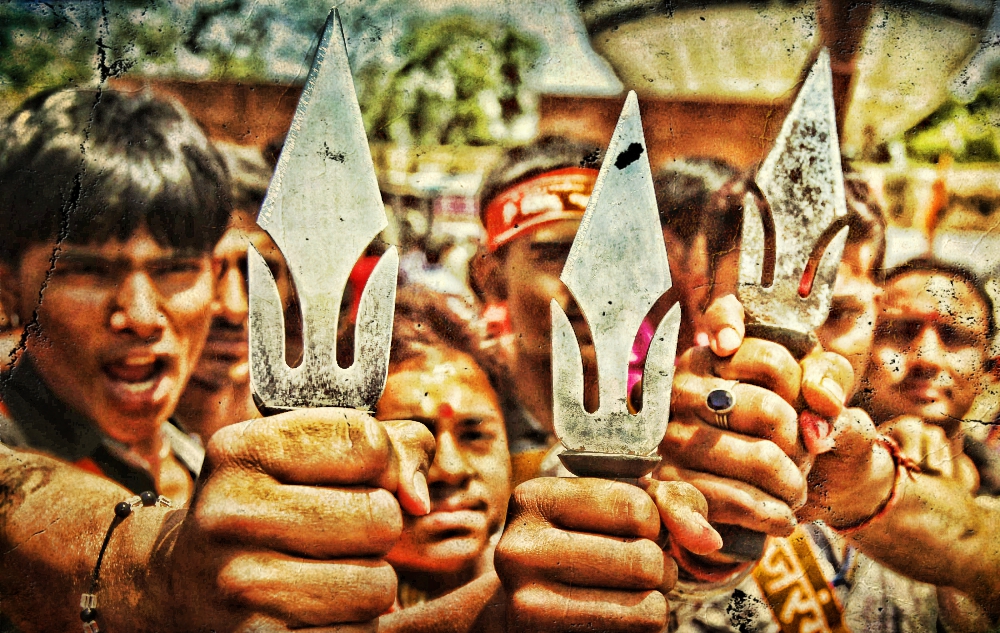 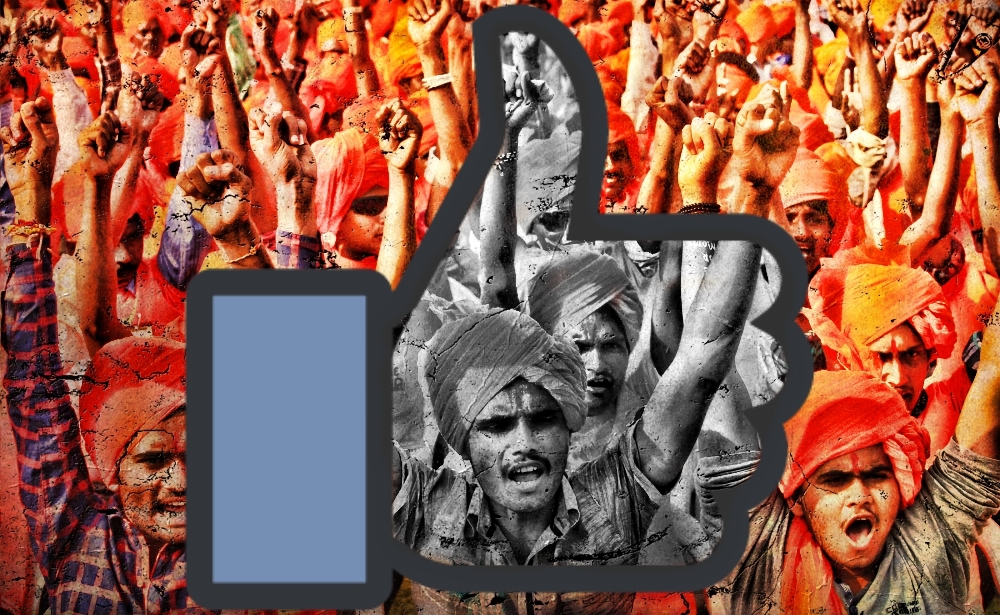 New Delhi: Days before the murder of a Hindu man by the family of his Muslim girlfriend triggered outrage among Hindutva groups and prompted at least one BJP MP to demand swift police action, a pro-Hindutva Facebook page published a list of over 100 inter-faith couples with links to their Facebook profiles and asked its followers to “hunt down the men” mentioned in the list.

“This is a list of girls who have become victims of love jihad. We urge all Hindu lions to find and hunt down all the men mentioned here,” reads the Facebook post that went viral before it was taken down.

Apart from being in inter-faith relationships, the couples on the list have one more thing in common – all the women are Hindu and the men are Muslim. All the posts on the page follow the same theme – Muslims are evil and Hindus need to be protected.

In a video recently shared on the page, a father can be seen teaching his daughter how to use a gun. Another video, captioned “Along with the cow, the person who slaughtered it will also be dead”, shows a man being brutally thrashed by a mob. 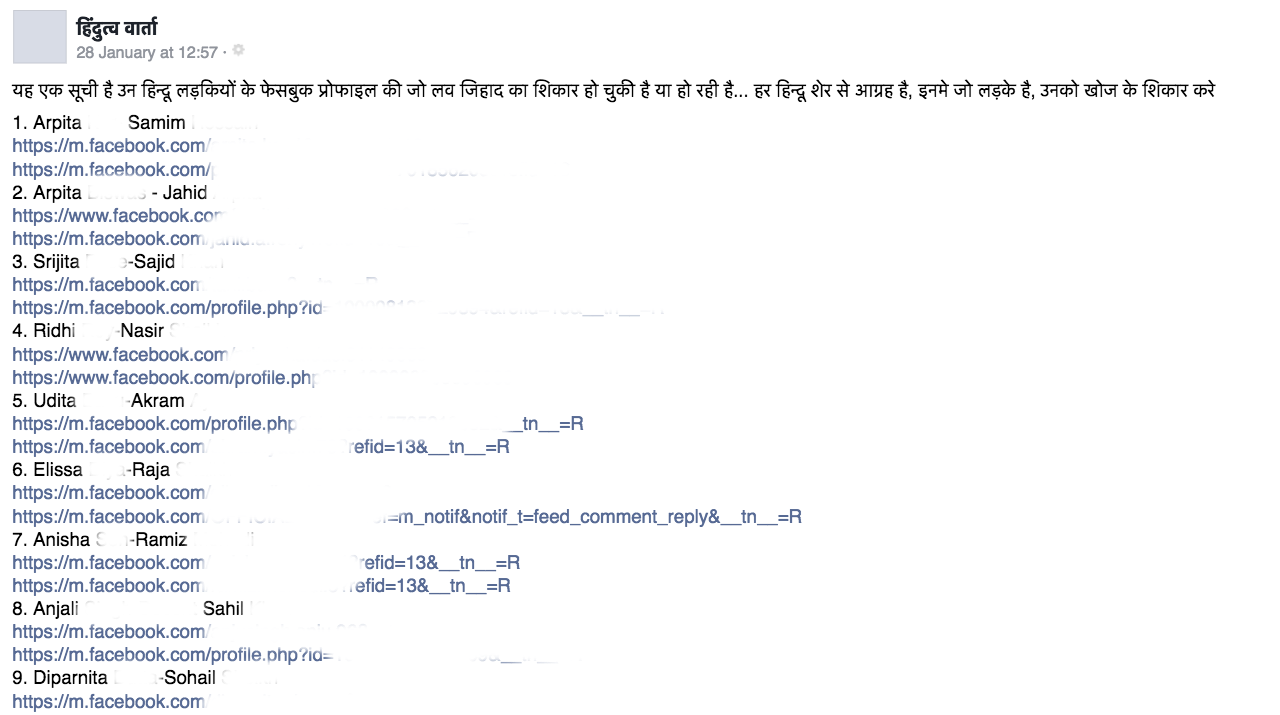 While the page was taken down by Facebook on Sunday night, there are many more similar hate-filled communities festering on the platform. The list was earlier shared by another pro-Hindutva page in November 2017, reported AltNews.in. Unlike ‘Hindutva Vrata‘, ‘Justice for Hindus’ did not call for the murder of those mentioned in the list but shared it as a wake-up call for Hindus.

Facebook encourages its users to report hate speech but its track record in taking down such posts and accounts has been embarrassing for the social media giant, which has over two billion users.

Twitter, which was criticised in the US for verifying alt-right individuals and groups spreading hate speech, faced flak last week in India for the lack of action against a tweet urging Hindus to carry lethal weapons to protect themselves from Muslims. 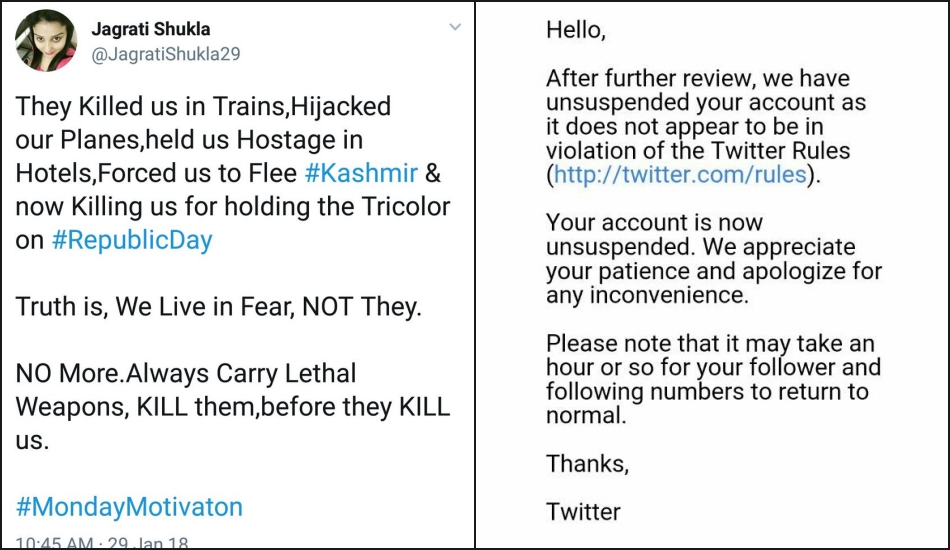 Journalist Jagrati Shukla got away with just a rap on the knuckles for making a call for mass murder. Her account was taken down by Twitter after it was mass-reported by users for inciting religious violence, but only for a couple of hours. She has since deleted the inflammatory tweet.

While the mechanism to deal with hate speech on social media platforms remain inadequate, here’s how you can do it:

To report a profile: Go to the profile you want to report. At the bottom right of the cover photo, click on the button with three dots near the ‘Message’ button and select ‘Report’.

To report something someone posted on your timeline: At the top right of the post, click the downward pointing arrow. Select ‘Report post’ or ‘Report photo’. If you don’t see the option to report a post or photo, try hiding the post or photo first and then reporting it.

Messages: If you think a message you’ve received goes against Facebook’s Community Standards, you can report it by filling out this form. Facebook won’t let the person know who reported them.

To report something you see in a group: Find the post you want to report. Click the button with three dots on the top right. Select ‘Report to Admin’ to report the post to an admin or select ‘Report post’ to send the report to Facebook.

To report a comment: Go to the comment you want to report. A button with three dots will appear at the end of the comment when you hover your mouse over it. Click ‘Hide this’ and then ‘Report’.

You can report tweets from an account that you have blocked.