"Shri Golwalkar was pained to find how the concept of ‘Hindu Rashtra’ was misconstrued and maligned. He was annoyed to see that our glorious heritage is distorted and derided by our own people." 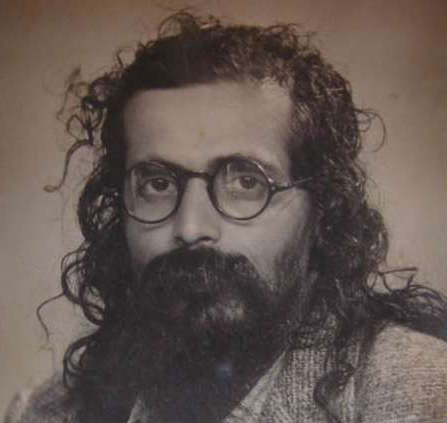 New Delhi: RSS ideologue M.S. Golwalkar’s views on nationalism – which include a highly sympathetic reading of the obsession Adolf Hitler had with racial purity and ethnic cleansing and the idea that “every citizen of Hindustan is a Hindu”  – have been “misunderstood and maligned by his adversaries” and need to be put in “correct” perspective, according to a body affiliated to the Union human resource development ministry.

This is the advertised agenda of the call for papers issued by the Indian Council of Philosophical Research (ICPR) for a seminar on ‘The Concepts of Nation and Nationalism in the thoughts of M.S. Golwalkar’.

Golwalkar was the second ‘sarsanghchalak‘, or head, of the Rashtriya Swayamsevak Sangh – the parent organisation of the Bharatiya Janata Party – and led the organisation after K.B. Hedgewar from 1940 until his death in 1973.

Widely reviled – beyond the Sangh parivar, that is – for his pro-fascist writings and divisive politics, Golwalkar is one a host of right-wing icons being promoted or rehabilitated by the Narendra Modi government since 2014, including Syama Prasad Mookerjee, Deen Dayal Upadhyaya and V.D. Savarkar.

The ICPR was set up by the government of India in 1977 to promote research in philosophy and assist projects in the field. It started functioning in 1981 under the chairmanship of the philosopher D.P. Chattopadhyaya.

The deadline for the call for papers for the Golwalkar seminar has been extended to July 27, 2017. According to PTI, the actual date for the seminar will be decided only then.

The ICPR’s call for papers says the concepts of nation and nationalism have been debated fiercely though “understood narrowly” in the West. “But in India these concepts do not have only territorial confinements and narrow sectarian circumscription. They have cultural overtones as well.”

It says Golwalkar’s talk of a “Hindu Rashtra” can be “regarded as enlightened nationalism… It is not theocracy. Rather it it can be branded as “Dharmocracy”. He emphasises Dharma-centricity of Indian cultural ethos.” The ICPR goes on to add:

“Shri Golwalkar was pained to find how the concept of ‘Hindu Rashtra’ was misconstrued and maligned. He was annoyed to see that our glorious heritage is distorted and derided by our own people. The rich contribution of our seers and sages is being branded as obscurantism, communalism and retrogatory. He therefore tried to rectify this situation. He inculcated burning devotion to mother land with common culture, ideals and aspirations. And he pointed out that this is not for India’s sake but for the whole world. He insisted that every citizen of Hindustan is a Hindu and Hinduism is not a cult or creed but a mode of thinking and way of living. In the present situation in India and in the world his ideas seem to be very much relevant and useful.”

In an interview to The Wire, Jyotirmaya Sharma, author of Terrifying Vision: M.S. Golwalkar, the RSS and India, said that the RSS ideologue’s world view had no place for modern democratic politics. “The sooner we abandon this ‘way of life’ argument the better it would be for all of us. This is because the phrase ‘way of life’ hides within it a political question: whose way of life? Certainly not everyone’s way of life? Hence, those who wield power, force, domination and the instruments of violence will impose a way of life in the name of the nation.”

This logic is merely a way of excluding and dehumanising people, Sharma said. “It is also terrifying because there is no place in it for compromise, conversation and disagreement.”