Gandhi’s Last Fast in the City of the Dead

Voices like Gandhi's risked their lives, tirelessly telling us how to overcome the deathly traps of majoritarian nationalism. 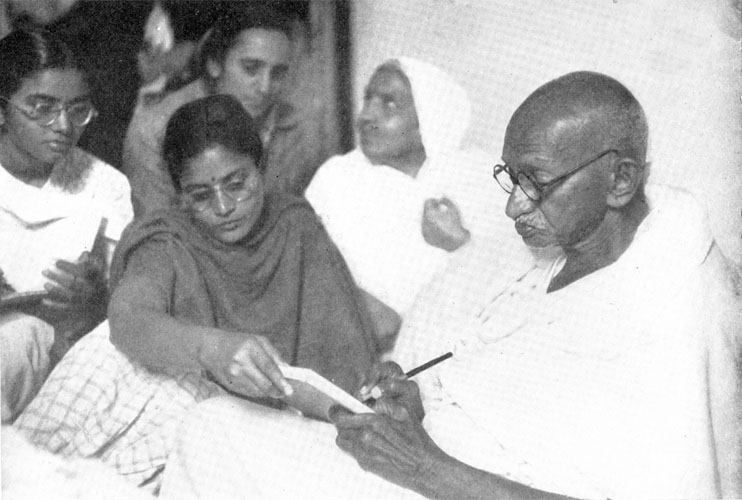 On September 9, 1947, as Mahatma Gandhi alighted from a train at a jam-packed Shahdara station after his efforts to quell the riots in Calcutta, he found “Delhi, which always appeared gay, turned into a city of the dead.” In Jamia Milia, Gandhi heard reports of the massacre of Hindus and Sikhs by Muslims in Pakistan, and how Dr Zakir Hussain narrowly escaped being murdered in Punjab. Trains coming from and going towards Pakistan carried hundreds of corpses of Hindus, Muslims and Sikhs. “Amritsar station had turned into a crematorium, the station of Lahore a cemetery,” writes Stanley Wolpert. Hearing of the killings in Delhi, Gandhi made the despairing remark, “India has become a cremation ground today.”

In his speech at the All India Congress Committee meeting on November 15, 1947, Gandhi repeated his “vow to do or die.” He believed, “if we do not cure ourselves of this insanity, we shall lose the freedom we have won.” Gandhi raised the question of moral responsibility, reminding the Congress of its political duty to safeguard the lives of Muslims as a way to secure the infirm soil of freedom. “Though it is not true of the whole of India,” Gandhi said, “yet there are many places today where a Muslim cannot live in security. There are miscreants who will kill him or throw him out of a running train for no reason other than that he is a Muslim. There are several such instances.” There is an uncanny resemblance to incidents taking place today. “It will never work,” Gandhi said, “if Hindus as Hindus claim to be a separate nation in India and Muslims in Pakistan.”

Also read: Champaran Needs to Be Seen as an ‘Open Work’

Gandhi’s view that a religious idea of the nation is not workable in the case of India and Pakistan not only suggests the political responsibility towards minorities, it also warns of repercussions that harming the minority in one country may trigger in the other. He sternly reminded the Congress that to treat all Muslims as criminals “because they are Muslims” will “degrade the Congress, degrade your religion and degrade the nation.” Any forcible degradation to the lives of the minority will bring moral degradation upon party, religion and nation. What is instructive here is that Gandhi holds the moral status of religion in the time of the nation-state, heavily dependent upon the motivation of the political class and the way it defines the national community.

Gandhi even brought in the question of Muslim refugees wanting to leave India for Pakistan by urging the Congress to provide them with “special transport and special protection”. He considered an “unnatural exodus under artificial conditions” a matter of shame. Arguing for an open-door policy about refugees, Gandhi told the Congress to assure the Muslims that they can return safely to India. Gandhi clearly saw the ethical responsibility of a nation not demarcated by territorial concerns or religious prejudice. It is a valuable perspective in light of India’s responsibilities towards offering shelter to the Rohingya Muslims who are fleeing persecution in Myanmar.

On January 13, 1948, Gandhi finally announced his fast unto death. This was Gandhi’s last fast in public life. In response to a Sikh friend, Gandhi had clarified that his fast was not against any party or group, though “it excludes nobody”. It was addressed “to the conscience of all”. But when he was accused of being partisan, Gandhi acknowledged that his fast was “undoubtedly on behalf of the Muslim minority in the Indian Union and, therefore, it is necessarily against the Hindus and Sikhs of the Union and the Muslims of Pakistan.” He further clarified that it was also “on behalf of the minorities in Pakistan”. When asked during his prayer meeting on January 15, 1948 at Birla Bhavan why he was undertaking his fast, Gandhi shot back, “What was it if it was not a disturbing disturbance for a crowd to make an organised and a determined attempt to take forcible possession of Muslim houses? The disturbance was such that the military had to reluctantly resort to tear-gas and even to a little shooting if only in the air, before the crowd dispersed. It would have been foolish for me to wait till the last Muslim had been turned out of Delhi by subtle undemonstrative methods, which I would describe as killing by inches.” 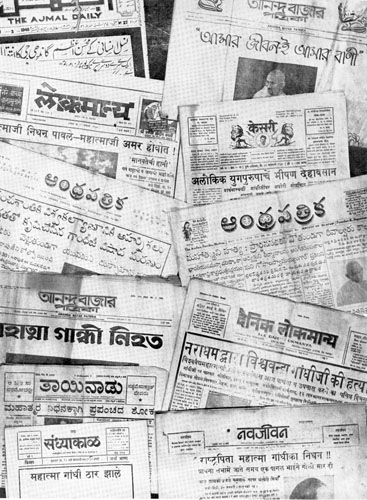 Gandhi’s act was meant to be both pre-emptive and cathartic, measuring the moral cost of what had already occurred and hoping to contain the violence brimming in the dark corners of the city. It was against the dread of “killing by inches” that Gandhi wished to undertake his usual method of penance for restoring peace in the hearts of Hindus and Muslims. On January 13, Gandhi had said he will terminate his fast the day “peace is restored to Delhi” and “a Muslim can walk around in the city all by himself”.

After the prayer meeting on January 25, Gandhi mentioned the beginning of Urs at the shrine of Qutbuddin Bakhtiar Chisti at Mehrauli from the next day. He mentioned how the shrine, including its “stone lattice work”, was destroyed that year and was repaired just before the Urs. It was a shrine that was visited by Hindus as well so Gandhi hoped that “this time too Hindus will go there with peaceful intent and reverent hearts”. But he also cautioned the Hindus to “not mock or malign the Muslims who will be going to the fair”. On January 27, Gandhi was taken aback to find only one Muslim in the audience at his prayer meeting. When he had visited the shrine earlier that day, the Muslims informed him that the number of visitors had dwindled out of fear. Gandhi concluded, “This shows that there are amongst us people who cause a scare. They say that what happened in Allahabad could happen here and ask what the Hindus would do then. It is a shameful situation that one man should be frightened of another man.” In the same breath Gandhi also found it unfortunate for a shrine to be destroyed that was associated with “the name of a saint in whose eyes Hindus and Muslims were all equal”. To destroy a symbol of love was as shameful as propagating fear among equals. It is not a matter of law but a cultural and moral sensibility.

These were the concerns behind Gandhi’s last fast, undertaken in bleak circumstances in the city of Delhi in 1948. They tell us with a sense of urgency that our history cannot be redeemed without paying heed to the lone voices in the dark, voices like Gandhi’s, voices that risked their lives, tirelessly telling us how to overcome the deathly traps of majoritarian nationalism.