Free Speech and Blind Patriotism in the Times of ‘Tiranga Nationalism’

The aura that has been created around national symbols has been such that any debate is cast in terms of only patriotism, not freedom of speech. 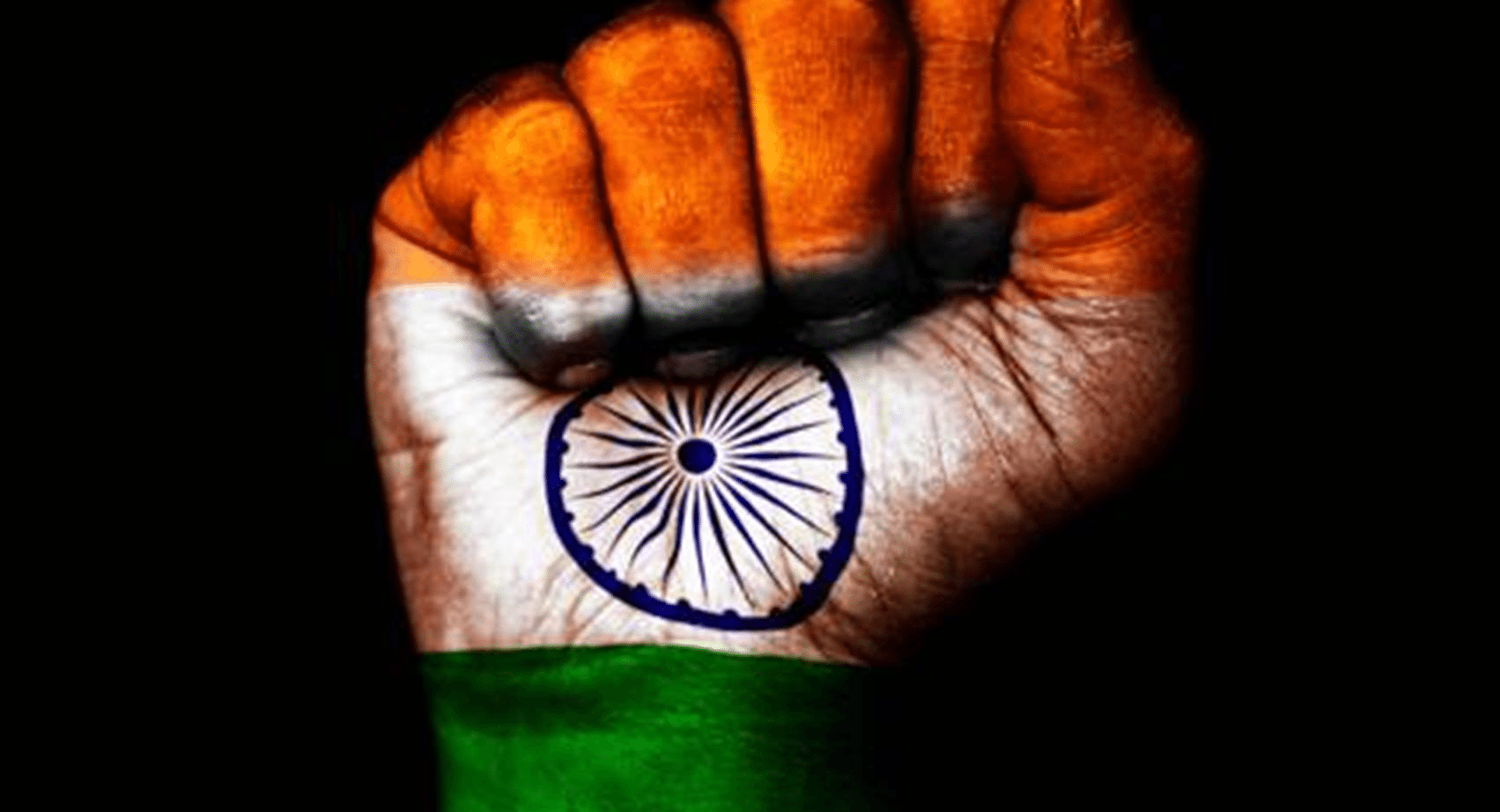 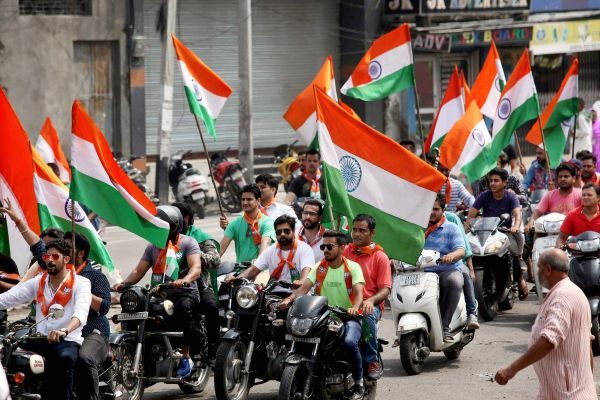 In the wake of the recent violence in Kasganj, Prof. Apoorvanand noted the rising trend of ‘Tiranga Nationalism’, when ‘the tricolour is used to mark territory’, through assault units aiming to ‘capture new territories and vanquish people, to make them submit to the diktat of those who claim that this flag belongs naturally and only to them’.

A series of ‘Tiranga Yatras’ are being planned across Uttar Pradesh and ‘tiranga nationalism’ appears to be a new strategy to appropriate national symbols and infuse them with the Hindutva ideology of ‘othering’ minorities. This calls for careful consideration of ‘national symbols’ – what they mean and represent. And it is in this context that we look at a facet of free speech that has got least recognition – symbolic speech using national symbols.

The discussion of protesting using national symbols recently gained traction in the US when Colin Kaepernick, an American sportsperson, kneeled during the national anthem in an attempt to provoke debate over race and police brutality.  Eric Reid, another fellow protestor wrote that they ‘chose to kneel because it’s a respectful gesture’. He thought of their posture akin to ‘a flag flown at half-mast to mark a tragedy.’

While public opinion on such protests might differ, symbolic speech in the US is a facet of free speech, upheld by US courts in judgments such as West Virginia State Board of Education v Barnette, Texas v Johnson, US v Eichman. Symbolic speech may be described as that which tries to make a point using venerated symbols. Wearing a black band, not saluting the flag, or not standing for the anthem may contextually qualify as ‘symbolic speech’.

Symbolic speech using national symbols is relevant more than ever at a time when ideas of ‘nationalism’ and ‘patriotism’ are being used to regulate speech. Just as the robustness of a justice system is measured on how it protects the weakest, the rigour of free speech can be gauged from the protection offered to ‘uncomfortable’, ‘non-conforming’ ideas such as symbolic speech using national symbols.

While one may argue that protection to free speech has strengthened over the years, a judicial analysis of cases relating to national symbols shows a gradual shrinking of this protection.

In Bijoe Emmanuel v State of Kerala (1986), the Supreme Court held that Jehovah’s Witnesses are not obligated to sing the national anthem if they feel it violates their religious faith. J. Chinappa Reddy also observed that freedom of speech also includes freedom to remain silent. This was a qualified victory for free speech advocates, although a judgment where speech would be protected without the crutches of religious freedom was still awaited.

Naveen Jindal v UOI was a judgment seemingly progressive but hollow with regard to ‘freedom’. This judgment recognised the right to fly the national flag, but added the caveat, ‘so long as the expression is confined to nationalism, patriotism and love for motherland’. This judgment authored restrictions beyond those prescribed under Article 19(2). Moreover, the use of vague and imprecise words such as ‘love for motherland’ misunderstands the meaning of freedom. We were ‘bestowed’ with a ‘concession’ to fly the national flag so long as it meets the subjective tests of ‘patriotism’ and ‘love for motherland’.

Also read: The Tiranga of the Hindutva Bikers in Kasganj is Not Mine

Whatever little room for freedom remained was engulfed by the infamous national anthem order which made it compulsory for cinema goers to stand up for the national anthem, effectively substituting the freedom to speak with a compulsion to stand during the national anthem. Although the order was recalled, the damage was done – anthem vigilantism got the encouragement it was looking for.

Symbolic speech has been systematically eroded over the decades – starting with qualified protection to the right to remain ‘silent’ during the anthem, followed by a concession to fly the national flag, to the present compulsion to stand during the national anthem. The message we see is that the freedom of speech stops at the altar of national symbols.

Speech protection has its own caste system

Justice Shah also commented that freedom of speech claims ring hollow if the state cannot guarantee freedom after speech. The treatment of symbolic speech using national symbols indicates this hollowness. There seems to be an unspoken varna vyastha (hierarchy) in speech protection in India. Certain speech is more valued and hence more protected. The irony of speech protection is that the most ‘benign speech’ i.e. harmless speech is the most protected. How ‘benign’ the speech is, is based on the twin criteria of hurt sentiments (for groups) and dangerous ideas (for the state). The most ‘oppressed voice’ is one which simultaneously offends both entities. This is where symbolic speech proves to be the weakest category of speech.

This unspoken hierarchy permeates free speech jurisprudence both horizontally and vertically. The horizontal gradation relates to the medium of speech while vertically, it is dissected depending on ‘who’, ‘what’ and ‘where’. For instance, within literature, writings on secessionism in Kashmir and the North Eastern states of India will face more restriction, attracting the opprobrium of various groups as well as the state. Films depicting female sexuality or questioning religious practices are more restricted than others.

It is ironical that while societal varna vyastha is premised on perpetuation of dominant social groups, the speech varna vyastha protects the most ‘benign’ speech most vigorously. It is here that symbolic speech relating to national symbols attracts the opprobrium of various powerful groups, and of the state. Society sees it as the march of the anti-national and the state sees it as an idea that could disintegrate the nation. And this makes symbolic speech the most ‘oppressed voice’, with no one to speak for it.

It has become clear that free speech has been afflicted with the scourge of blind patriotism. The citadel that defends our liberty seems to have weakened, and it is upon us to rescue our freedom.

It would be quite bizarre if farmers protesting with skulls or women stripping in protest against the Armed Forces (Special Powers) Act were booked on grounds of obscenity, but, ironically, they are more likely to be arrested if national symbols were involved in the protests. At the same time, violent ‘patriots’ who (mis)use the flag for their protests will never be acted against. The aura that has been created around national symbols has been such that the circumstances and reasons for protests using them become immaterial, and the debate is cast in terms of only patriotism – never freedom of speech. We thus find ourselves having to defend such symbolic speech from the charge of being ‘un-patriotic’, leaving the debate on free speech for later.

As Justice Robert Jackson famously wrote, “Freedom to differ is not limited to things that do not matter much. That would be a mere shadow of freedom. The test of its substance is the right to differ as to things that touch the heart of the existing order.” Freedom to express oneself using national symbols thus allow protests as well.

Let us take a step back and ask ourselves a few uncomfortable questions. How would one characterise protests with the national flag if it was used against the criminalisation of homosexuality? Is that anti-national? Or are principles of equality and non-discrimination, which are at the heart of the constitution, being defended? Are we anti-national for refusing to ‘prove our patriotism’ by standing in the theatre? Or patriotic for supporting the values of liberty and freedom enshrined in the constitution?

We need to ask ourselves if protesting against xenophobic violence and mob lynching is anti-national. Or is it constructive patriotism, the kind that we need – fighting for the values on which our nation become independent. Freedom of symbolic speech enriches the pursuit of the latter.

One may ask: why use are national symbols to protest? We might equally ask: why not? National symbols are not singular exclusive symbols of nationhood. To see it as a political symbol of state authority is not a far-fetched notion. In the 1960s, flag protests in the US became synonymous with anti-government protest against the Vietnam War. Similarly, in India when citizens see state instrumentalities – the government or the armed forces – as oppressors, then national symbols can be used for protests.

Why should speech be free?

Any free speech theory that sees speech as means of achieving other values cannot be a strong supporter of free speech. First, they do not account for speeches which do not serve external ends. But, making free speech contingent on other values will always lead to inconsistent, unequal protection of speech. Second, it gives judges great leeway in picking and choosing speech that deserves protection, which is dangerous because the test of speech utility is highly subjective

Speech should be freed of the burden of looking for a saviour who saves it for its external value. In such a scenario, ‘unconventional’ and ‘uncomfortable’ speech will always lose out. Freedom of speech can be truly free only when ‘uncomfortable’/unconventional speech is protected.