The signatories have also asked the BJP minister to issue an apology for brazenly sympathising with those convicted of murder. 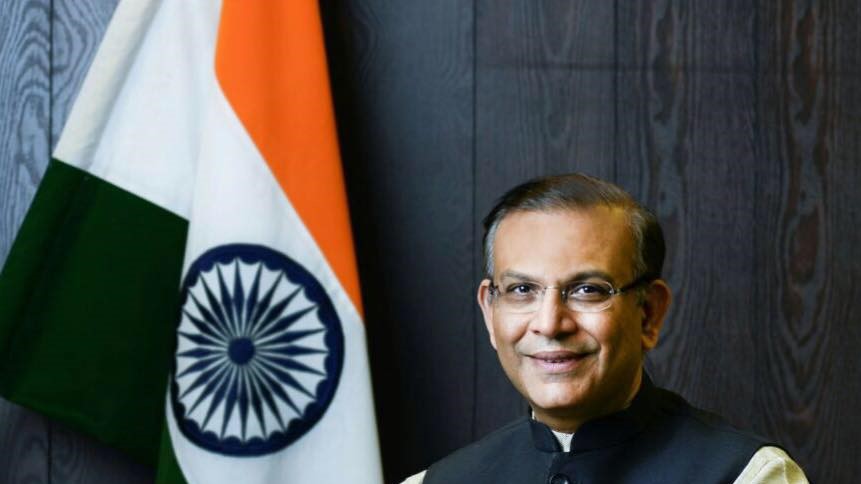 New Delhi: A group of former civil servants has issued a public statement demanding the removal or resignation of Union minister of state for civil aviation Jayant Sinha for his recent support for eight men convicted in a lynching case. The minister is a BJP member of parliament from the Hazaribagh seat.

Sinha felicitated eight men who were convicted for the brutal lynching of cattle trader Alimuddin Ansari on June 29 last year after they were released on bail last week.

Stating that the group has been “for the past one year, highlighting instances where governments are failing in their duty in providing security to citizens”, the 50 signatories have said that a senior member of the Union government openly supporting those convicted of a heinous crime sends the wrong message to public servants entrusted with the protection of citizens’ life and liberty.

The signatories have also said that the incident has been “shattering for the group” as it came from a Union minister. While the statement maintains that those convicted of the brutal lynching are entitled to the due process of law (including bail), it was “unseemly” of the minister to felicitate the convicts as though they were “revolutionaries in a freedom struggle”. It also states that his justification on social media, which came after public condemnation, “does not hold water”.

Demanding the immediate resignation or removal of Jayant Sinha, the statement also asks that the minister issue an apology for “brazenly sympathising with those convicted of murder”.

The full text of the statement is reproduced below:

Our group of retired civil servants has, over the past year, drawn the attention of thepowers that be, particularly the Government of India, to the promotion of an environment that encourages violence, in both word and deed. Apart from reckless utterances at election times aimed at fostering a feeling of hate and enmity in the majority community about the ‘other’, a number of other specific instances have highlighted the horrifying apathy, if not implicit support, of various governments, at the central and state levels, to vigilante violence directed against individuals of specific communities. But what has been even more mind-numbing has been the open challenge to the rule of law by those entrusted with its protection.

The latest happening at Hazaribagh has been especially shattering for our group, coming as it did from a member of the Union Council of Ministers. Those convicted of the brutal lynching last year at Ramgarh (Jharkhand) are entitled to the due process of law, including getting bail pending a decision of the High Court on their conviction. It was, however, most unseemly of the Union Minister of State for Civil Aviation, Shri Jayant Sinha, to felicitate the convicts as though they were some revolutionaries in a freedom struggle. His subsequent feeble justifications on social media do not hold water. If he genuinely felt that the law should take its course, prudence (if not humanity) dictated that he should have been circumspect in his actions. We strongly condemn his action, which amounts to showing contempt for the rule of law and the Constitution of India, which he is duty bound to uphold.

The latest episode comes on the heels of repeated incidents which highlight the contempt which representatives of the ruling party and their followers have for the rule of law. Whether it is the act of a Union Minister draping the body of a riot accused in the national tricolour, the instigation by ruling party ministers of Jammu & Kashmir in the Kathua rape case or the efforts to subvert due process of law in the brutal Rajsamand murder case, all such cases only indicate a majoritarian mindset that believes it is entitled to use the law to meet its own narrow ends. The larger and chilling message that Shri Sinha’s action sends out is that there is a license to kill minorities and that those who are accused of such crimes will be enthusiastically supported financially, legally and politically.

In the past, when there were protests against partisan support for such revolting actions, the central government conveniently used the fig leaf of constitutional separation of powers to argue that the locus standi lay with the concerned states, despite most of these states being ruled by the same party which was in power at the centre. Now that a Union Minister has openly questioned a criminal case where his own party government in the state had, admirably in our opinion, prosecuted and brought to justice the accused, we would like to know what stand the Government of India proposes to take.

We demand the immediate resignation/removal of Shri Jayant Sinha from the Union Council of Ministers and an apology to the people of India from the party he represents for brazenly sympathizing with those convicted of murder. We also urge our colleagues in the civil services to firmly adhere to the rule of law and not be intimidated by the actions of powerful and influential groups which seek to spread the poison of disharmony and enmity in our multicultural society.

External Affairs and High Commissioner to the United Kingdom

to Bangladesh and Ambassador to Nepal

of Punjab & Ambassador to Romania