Why the Controversy Around Faiz's 'Hum Dekhenge' Is So Fatuous

Part of the poem uses traditional Islamic imagery, but it is used to attack Zia’s dictatorship and restore democracy, not for establishing orthodox Islam.

The Indian Institute of Technology, Kanpur has set up a panel to consider whether the poem ‘Hum Dekhenge’ by the famous Urdu poet Faiz Ahmad Faiz is “anti-Hindu”. This followed the recitation of the poem by students on December 17, 2019 on the IIT Kanpur campus during their gathering in support of the students of Jamia Millia Islamia, Delhi who were assaulted by the police during their anti-Citizenship (Amendment) Act agitation.

I need not go into the inanity of such a step by the IIT authorities, who seem to have no understanding of Urdu poetry or of this particular poem. However, I am taking this opportunity to say something about Urdu poetry and Faiz.

Every language has its poetic tradition but in my opinion, Urdu poetry expresses the voice of the human heart in an especially powerful yet elegant manner (andaaz-e-bayaan). 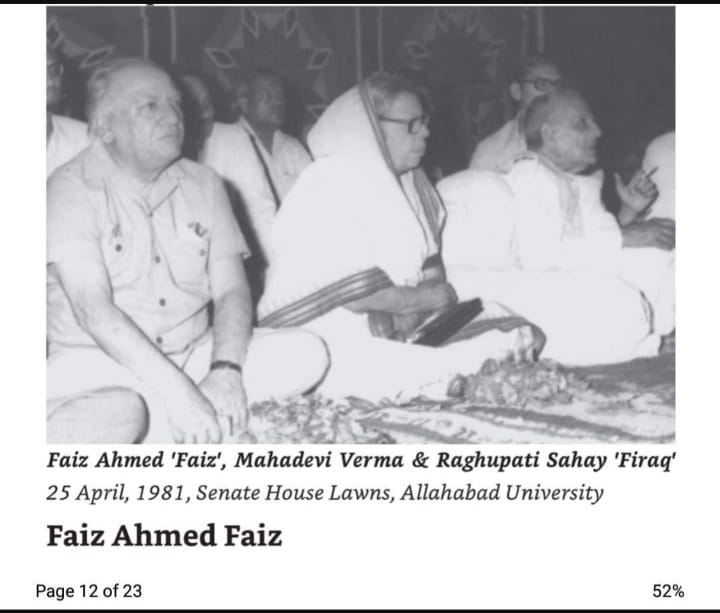 Now before coming to Faiz’s ‘Hum Dekhenge’, which has sparked off a fatuous controversy, I would like to say something about Urdu poetry.

Urdu poets often express their thoughts not in direct language but indirectly, by hints and allusions. Urdu ashaar (couplets) often have a literal, superficial meaning, but also a deeper, real meaning which is conveyed by indication, insinuation, suggestion and metaphor. It is this deeper, real meaning which the poet is seeking to convey, but to understand it one has to ponder deeply. This is particularly done by poets in times when it may be dangerous to talk directly, such as during martial law (when this poem was written).

Now the literal meaning of this verse is:

Among the flowers, a coloured breeze of the new spring is blowing
Come, so that the work of the garden can be done.

But that is only the ostensible, superficial meaning. The word ‘gulshan’ literally means garden, but here it means the country. So the real meaning of the sher which the poet is conveying is this:

The objective conditions in the country are ripe,
Come forward patriots, the country needs you (for a revolution).

Similarly, when we read Urdu poetry, we must sometimes wrack our brains and try to understand what it is really that the poet is seeking to convey.

Coming now to Faiz’s poem ‘Hum Dekhenge’, one must remember it was written during General Zia-ul-Haq’s oppressive martial law regime, when it was dangerous to talk too directly. So part of the poem uses traditional Islamic imagery, but it is used to attack Zia’s dictatorship and restore democracy, not for establishing orthodox Islam. The poem was sung by Iqbal Bano, deliberately wearing a sari (regarded by some as an Indian and unIslamic dress for Pakistani women), despite a ban on the public recitation of Faiz’s poems at that time.

The lines of the poem which an “expert panel” of IIT Kanpur is now investigating for being “anti-Hindu” are:

When from the abode of God (Kaaba) all idols will be removed
Then we the faithful, who were debarred from sacred places
Will be placed on the royal seat.

It is alleged that these lines are anti-Hindu as Hindus worship idols, and these lines are clearly against idol worship. But this is only a superficial understanding. Faiz was a lifelong communist, and he could hardly have meant that he wanted Islamisation of society. In fact, it was his antagonist General Zia who wanted this.

To understand these lines, we must see the context, and also see the lines preceding and succeeding these lines.
Before these lines, the verses in the poem are:

And the succeeding lines are:

It is obvious from this that there is nothing “anti-Hindu” in this poem, and it is nothing but stupidity to regard it so. It is a poem powerfully attacking the oppressors of the people, and expressing a conviction that one day the oppressed will become the rulers of their own destiny.

The administration of IIT Kanpur, which is otherwise a reputed institution, have made themselves a laughing stock before the whole country.