The Missing Muslim Vote and Voice in 2019

The BJP’s cynical managers are determined to reduce the Muslims to an irrelevance, not just electorally but also politically and constitutionally. The challenge for Muslim leaders at the local level is to make the community relevant in a manner that blunts this strategy. 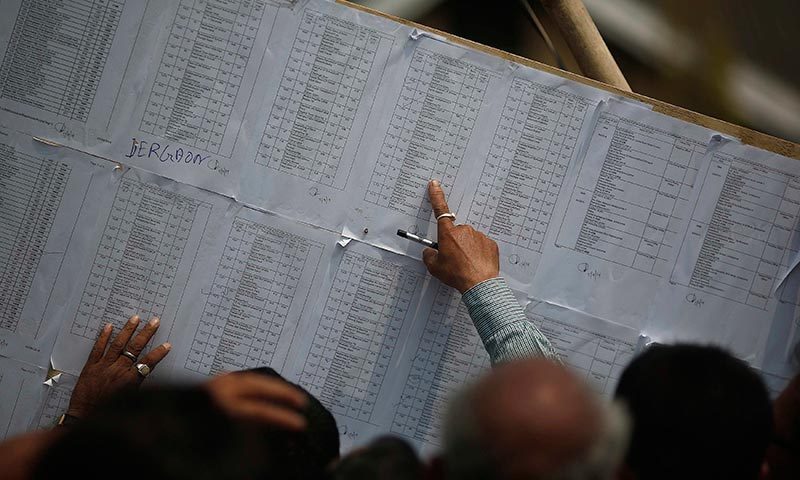 Perhaps the most startling aspect of the 2014 Lok Sabha election was that there was not a single Muslim among the 80 members of parliament Uttar Pradesh elected to the Lok Sabha.

The total obliteration of Muslim representation from the largest state in the country was so stunning that neither the Muslim leadership nor the secular groups have got around to talking about it, even after five years. On the other hand, the BJP had cockily concluded that it could win national power without making even a token gesture, leave alone making any concession, to the largest minority in the country. The Bharatiya Janata Party won 73 out of 80 seats in Uttar Pradesh, and it was this UP tally that decisively catapulted Narendra Modi to authoritarian heights.

The 2014 UP outcome was a spectacular rebuff to our constitutional pretensions  and commitments, and to the Muslims’ sense of constituting a crucial voice in the national power sharing arrangements . A Gujarat-like marginalisation of Muslims in Uttar Pradesh got neatly consecrated in the 2017 assembly elections. The tremors have been felt beyond Uttar Pradesh. No political party or leader – with the possible exception of the MIM’s Asaduddin Owaisi – wants to be seen as speaking up for the Muslims, their concerns and anxieties, their insecurity and their sense of helplessness, lest they be accused of “minority appeasement”.

No one seems prepared to protest that the original compact that promised the minorities a partnership stands considerably weakened and diluted, if not outright abandoned. Everyone is content to pretend that the ‘sab ka saath sab ka vikas’ jumla is sufficient to safeguard our cultural and religious diversities.

No longer is the ruling party willing to go out of its way to offer the minorities a partnership in national progress and prosperity; it does not want to feel any remorse about the comprehensive poverty and deprivation prevalent among the Muslims.

After the Hindu vote was brilliantly harvested in the UP assembly election, the triple talaq Bill stratagem was inflicted on the country; incoherent opposition from the  Muslim “leadership” was used to further deepen the stereotype images of a community wallowing in backwardness and regressive religious practices. The Hindu middle classes were made to feel morally smug and culturally superior in their disdain to the Muslims. The Modi crowd was applauded for its modernising zeal.

The result was quite predictable: the Hindu vote bank consolidation stood re-validated. Emboldened, the new Chanakyas went ahead and introduced a Citizenship Bill, pointedly excluding Muslims. A toxic narrative was invented, laced with loaded words like “termites’ and “infiltrators.”

Neither the citizenship Bill nor the triple talaq Bill was meant to get enacted; the idea primarily was to galvanise the Hindus’ post-9/11 prejudices and passions towards Islam and the Muslims. New tribal boundaries got drawn around the Hindus.

And now, we have an avalanche of nationalist narratives. Post-surgical strike. Post-Pulwama, Post-Balakot. Each narrative more demanding and more demeaning than the last one, frightening us of enemies inside and outside.

No wonder, then, the prime minister is happily going around the country calling all his political rivals and critics agents of Pakistan; and the subtext in these fulminations is an accusation about the Muslims and a lack of nationalist fervour on their part.

This linkage between the Muslims and Pakistan, first consciously forged in the 2002 Gujarat election, has now been replicated on the national scale. The Muslims are shown as somehow in cahoots with the jihadis operating out of Pakistan. The internal enemy, aiding and abetting, the external enemy.

When progressive and secular voices protest this nationalist over-drive, they are  officially denigrated as ‘tukde-tukde gang’. The idea, plain and simple, is to make the  Hindus feel insecure. Editorial writers can decry this as deliberate, cynical, manipulative vote-bank politics, but the much-serenaded Chanakayas  are not going to allow themselves to be slowed down with any talk of morality. Rest assured, they will use every trick in the book to consolidate a  Hindu vote-bank.

The BJP/RSS think-thanks can derive considerable satisfaction from what the Modi regime has achieved these last five years. The Hindu is no longer apologetic about his prejudices;  there is a new pride in the new India, all seen as a legitimate and much needed aggression against “these people.” The Hindus have been made to feel under siege, threatened, insecure and have been enticed into a manufactured nationalist rage centred around “showing Muslims their place”.

The 2019 Lok Sabha electioneering is taking place in this context of the Hindus being scared into a tribe, at war with the others.  And, no wonder, there is no talk of a “Muslim vote.” Analysts and commentators meditate about the OBC vote or the Dalit Vote. Shrewd political leaders and managers are content to instigate the caste fault-lines. The largest minority in the country has been left to stew in its own irrelevance.

And now there is a new equation in our national affairs. It seems that the Saudis, the Gulf Countries, even Pakistan appears to be doing everything that can be done to boost the potency of Modi’s ultra-nationalist narrative.

Mercifully, the Muslims still have a vote. Can they do anything to slow down the Hindus’ exodus to the Modi corner? Can they help the Hindus come out of the feeling of entrapment into which they have been cynically pushed by the Modi crowd? Can Muslim religious symbols and sentiments be pressed in to roll back the nationalist hysteria? Can the Muslims can find the imagination and the inspiration to blunt this misuse of nationalist pride?

There are no easy or obvious answers to these questions.  It can even be argued that it is for the Hindus – and not the Muslims – to fight to save secular principles and practices. Perhaps. But this is a fight that secular Hindus cannot win on their own. It has to be a collective enterprise because at stake is the very architecture of republican India.