Ground Report: Did Hindus in West Bengal Really Flee Before the Elections?

Residents of Diamond Harbour's Bagakhali told The Wire that the violence was caused by outsiders chanting 'Jai Shri Ram', and local Hindus and Muslims have been living in harmony for decades. 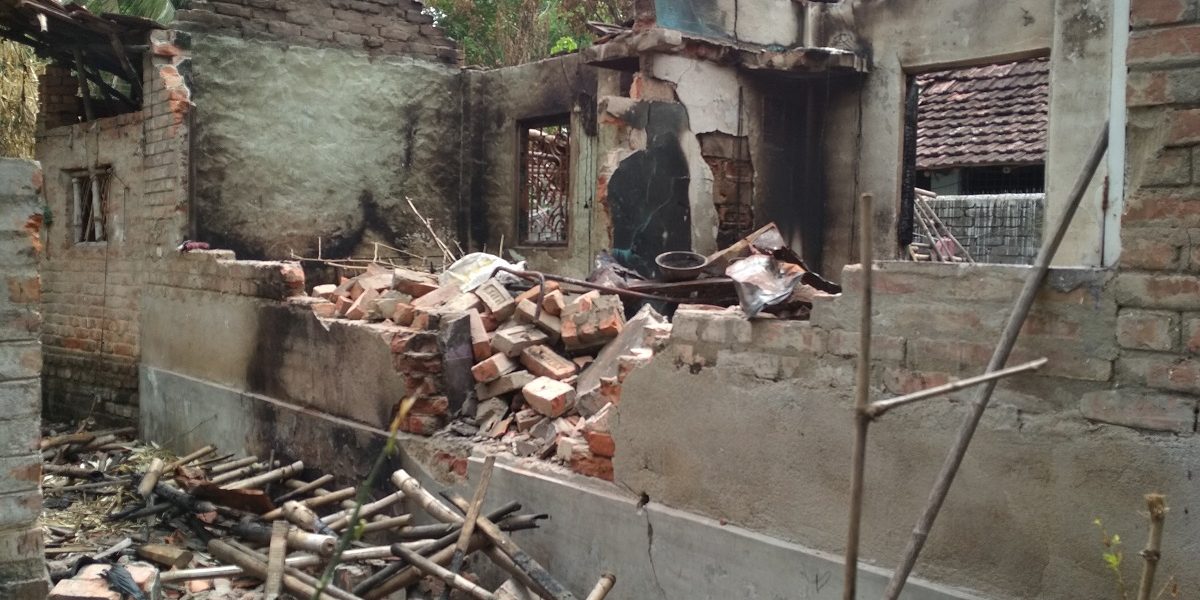 The Wire visited the Muslim-dominated village, located about 50 km south of Kolkata, on May 18. The village consists of 30-32 families and comes under the Diamond Harbour parliamentary constituency.

This reporter found that roads in the village have been partially barricaded by the state police, and Rapid Action Force personnel have been deployed. As we drove through the main road, we saw a few ruined shops. However, the atmosphere was not grim; people appeared warm as we crossed a market place. 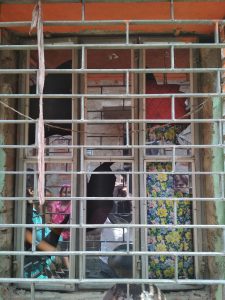 Residents told The Wire that on May 12, around 9 pm, 8-10 unknown people blocked the road being taken by Azam Shah Mulla, the Trinamool Congress block president. “They asked Mulla saab to chant ‘Jai Shri Ram’. When he refused, they attacked him,” said Nooruddin Shek, who lives in Bagakhali.

Another resident, Rasul Alam said, “A fight broke out on the road. We couldn’t even recognise these people. Some shops on the road were vandalised. The police came and stopped it.”

Alam said the next day, they were attacked again by a group of 25-30 people. “Bombs were hurled” and their houses were ransacked. “They were chanting ‘Jai Shri Ram’ while breaking our house,” Alam said. “All those people were outsiders. We didn’t know even one of them. Some were dressed in CRPF uniforms,” Alam added.

“Those people beat us, even our children. They were talking in Hindi,” said Jamila Bibi, a mother of two.

We then went to the local masjid to meet the Imam. Some reports had claimed that “announcements were made by local mosques to kill and maim non-Muslims in the area”.

Masjid Imam Aziz-ul-Haq has not been in good health for some time now. Soft-spoken Haq said, “When they attacked, I announced that all women and children can come and take shelter inside the masjid.”

“It was a political fight between people of two parties. Those people are not from any neighbouring Hindu villages. The next morning, it was turned into a communal fight. So many of our houses were destroyed. Some Hindu houses were also burnt. All this was done just to get some votes,” the Imam said.

“My Hindu brothers haven’t done anything to us,” said panchayat member Abdul Razzak Sheikh. “Some Bharatiya Janata Party members hired people from outside to create tension in the area just before the election,” Sheikh said. While inspecting the damage, we found 17-18 Muslim houses had been completely destroyed.

Bapi Mondal, a Hindu, told The Wire, “Some portions of my house were damaged. But most damage was done to Muslim houses.” Mondal said even they are not aware who did this, as the attackers were not from the neighbourhood.

Haren Biswas, 59, a resident of Nahazari village, says he saw everything when he went out for his morning walk. “About 20-30 people were they. They went to Bagakhali village and attacked those people. They were shouting ‘Jai Shi Ram’ very loudly.”

“When never imagined Sunday night’s (May 12) fight will end up like this,” said Dhanajoy Roy of Bagakhali. “Since our grandparent’s time, Hindus and Muslims have been living here; nothing like this ever happened. Even today, we are living here as one. Not one Muslim person from this village attacked even a single Hindu house.”

The police administration doesn’t want to reveal much about the incident, calling it “highly sensitive issue”. “The situation in Bagakhali village turned bad on May 13. However, the police did its part and controlled it. Seven people were arrested on the same day and taken into judicial custody,” said Shrihari Pandey, superintendent of police, Diamond Harbour.

On our way back, we found a roadside shop which had been vandalised during the violence. When approached, Jalil Sheikh, the owner of the tea shop, said, “Hindu and Muslims have never fought each other like this. I don’t want to talk about it anymore. See here is my friend Barun Saha (a Hindu), he is helping me fix my shop. This is our relationship.”