"This is the time for Hindus to take control. Enough is enough," said a member of a Hindu group while deleting photos of arson from my phone. 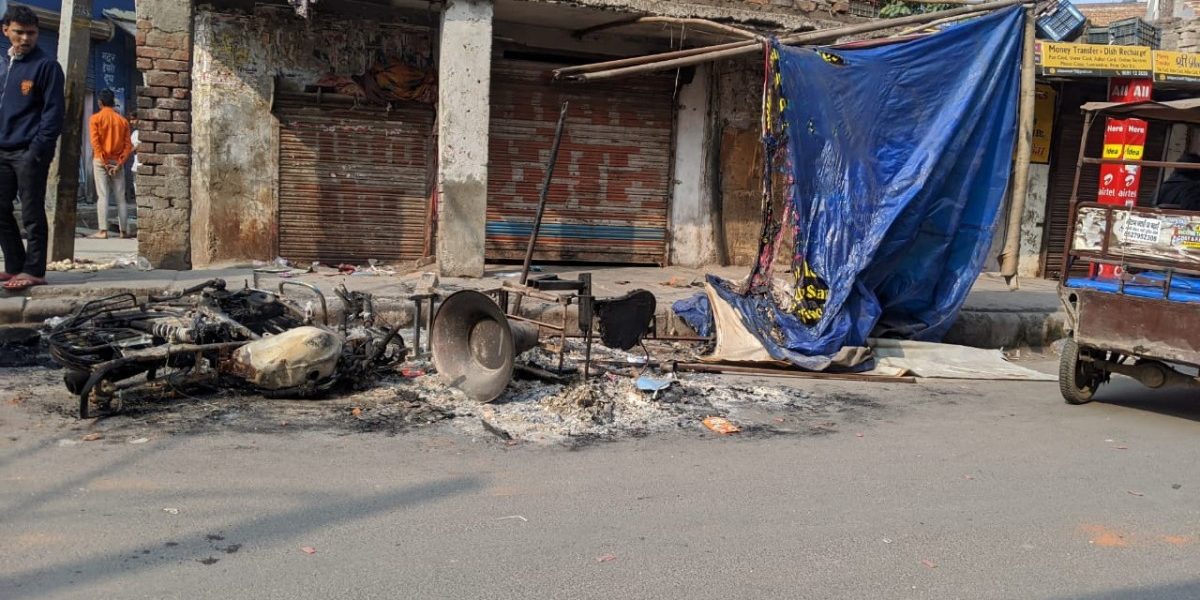 Burnt remains of vehicles and a shop in Ghonda. Photo: Kabir Agarwal

New Delhi: A day after seven people, including a Delhi police head constable, were killed in violence in Northeast Delhi between Hindutva groups and those protesting against the Citizenship (Amendment) Act, stone-pelting and arson have continued in the Ghonda area, close to Maujpur.

Across the locality, The Wire saw broken and burnt vehicles, burnt shops and vehicles still on fire. There were some police standing at the edge of the Hindu-majority area, but did not intervene when vehicles were burning. Eyewitnesses said the violence continued overnight, and several shops were broken. “There was stone pelting in the area early this morning also,” said a resident. 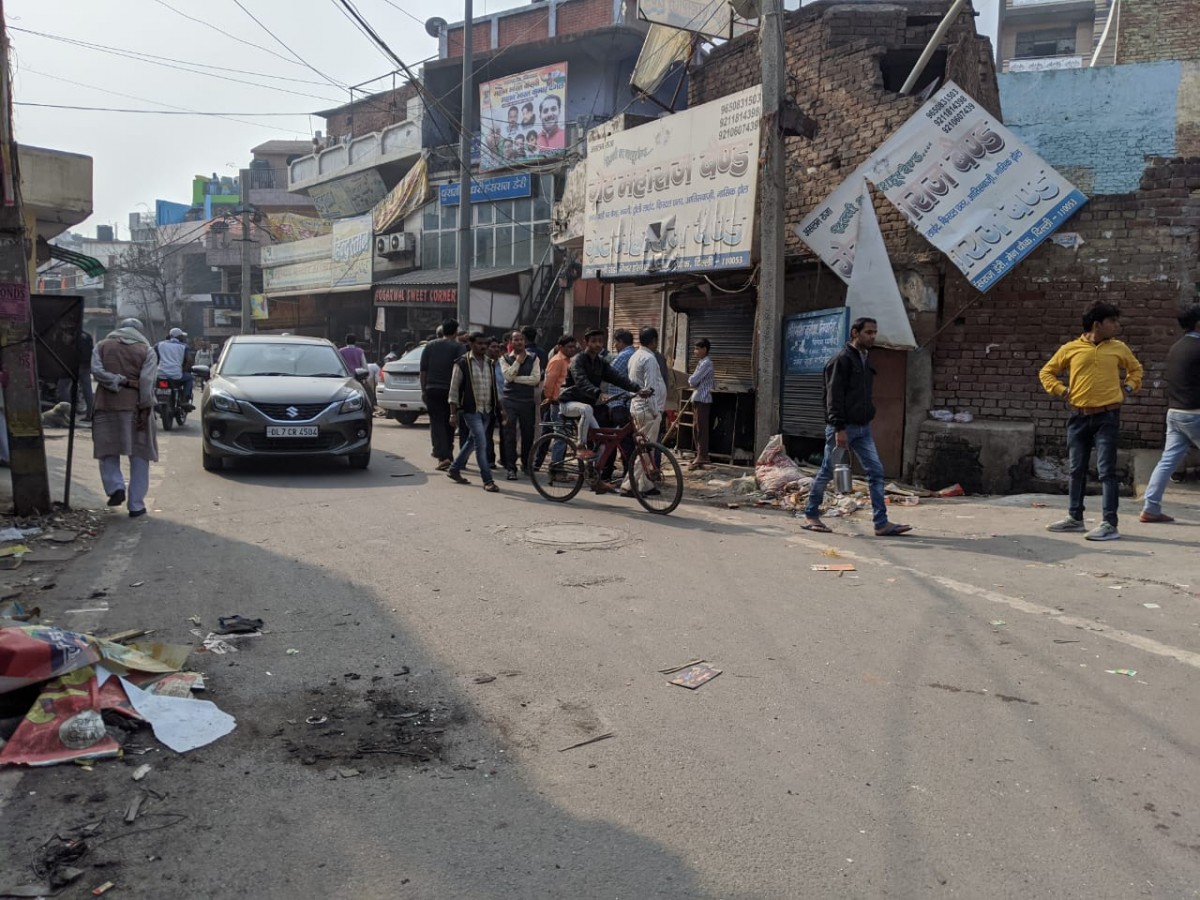 The aftermath of violence is clearly visible in Ghonda. Photo: Kabir Agarwal

Closer to the area which is being described as a “border”, as the lanes beyond that crossing are Muslim-dominated, several young boys and men were walking around holding iron rods, wooden planks and stones. They chanted ‘Jai Shri Ram’ as they set two e-rickshaws on fire. A couple of tempos were already burning. The police could be seen watching in the distance and did not make any effort to stop the arson.

When one group saw me taking photos of burning vehicles, they stopped me, grabbed me by my neck, snatched my phone and deleted the pictures from the gallery and the bin.

Also read: An Eyewitness Account of the ‘War Zone’ in North East Delhi

Ashraf, one of the e-rickshaw drivers, said, “My own house is there but I can’t go. They will burn it down. The police will not do anything. This is my livelihood and I can’t afford to lose it.” 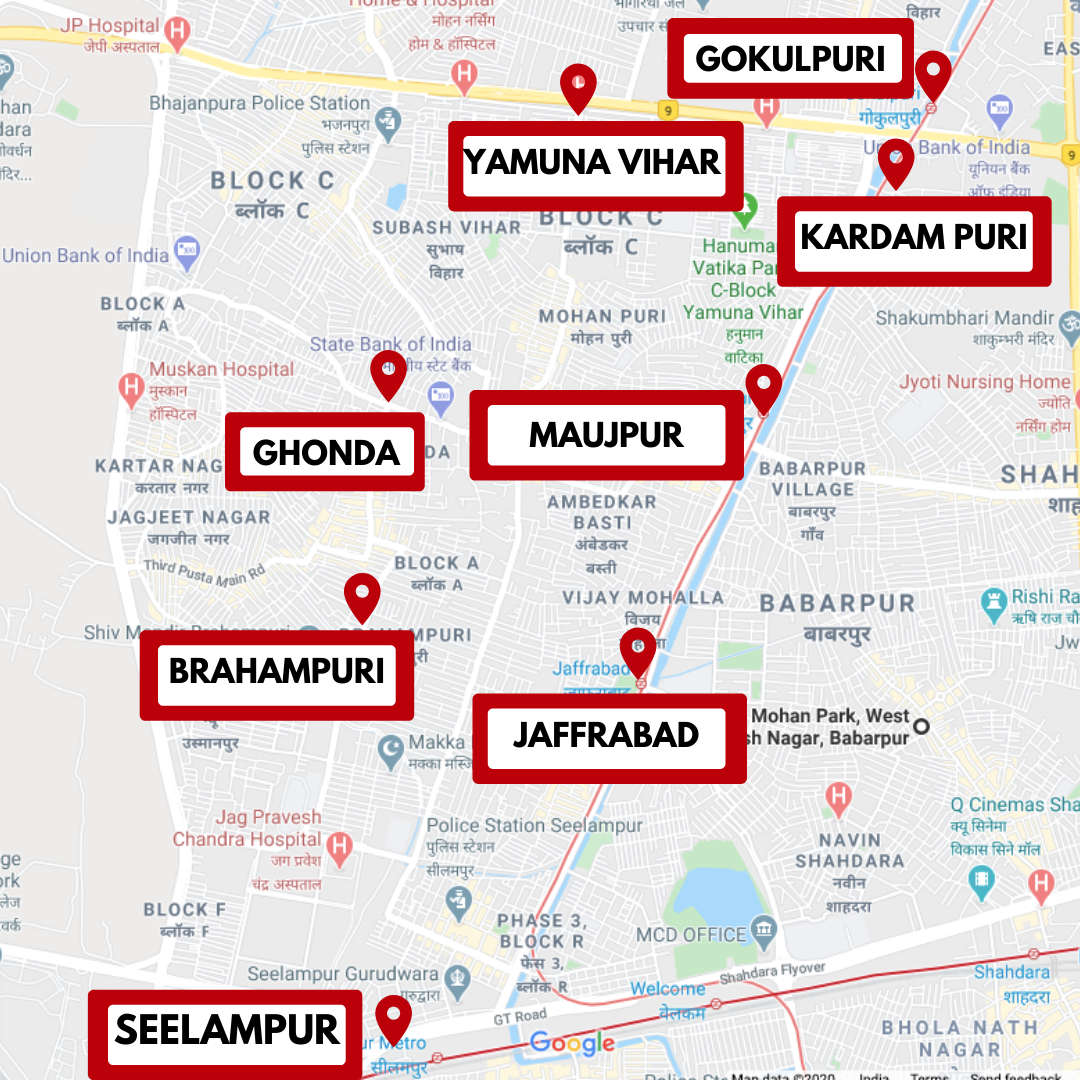 Localities in North East Delhi that have seen violence.

The Afsan Hair-Cutting Salon was vandalised at night. “Someone woke me up at 7 am to tell me that the shop had been trashed,” said the owner, while trying to clear shards of glass and remains of chairs from the shop.

Opposite his shop, a mobile store owner sat on a broken chair in tears. “I had set up this shop by taking a loan of Rs 1 lakh. Now everything has been destroyed. I was not even involved in the anti-CAA protest,” he said.

Close to a road crossing, a dress shop owned by a Hindu had also been destroyed. His car, a Maruti Ertiga, was burned. 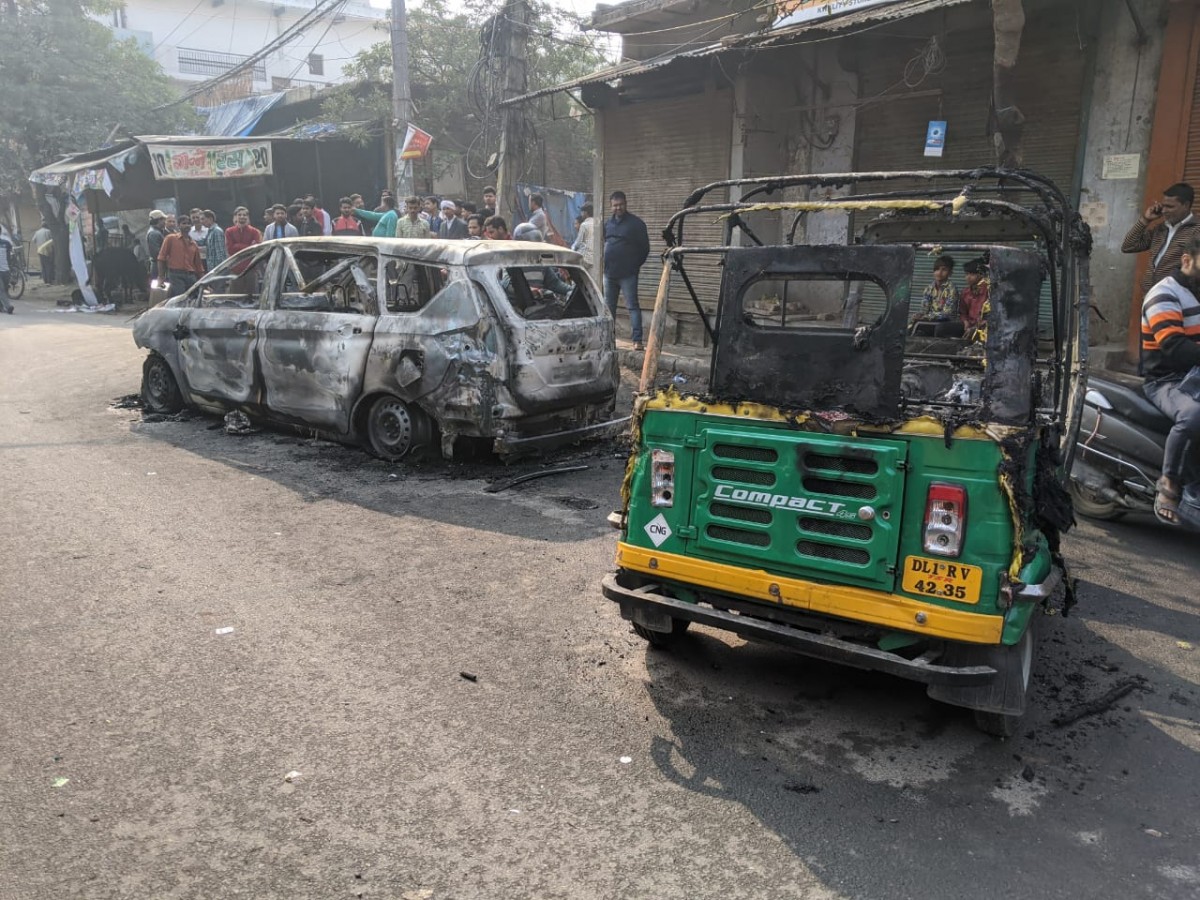 At a tea stall, a group of men with tikas had gathered. “I will not spare the Muslims. If I see any of them, I will burn them alive.” Another said, “But most of the shops and autos that have been burned belonged to Muslims.” The first man responded, “They have burned their own shops to blame us and bring disrepute to India while Donald Trump is here.”

Also read: Shooter Photographed During Jaffrabad Violence Was Not Part of Pro-CAA Group

According to residents of the area, the violence began last evening with stone pelting. The Muslims in the area say that a Hindu mob started the violence, while the Hindus claim that the Muslims were the ones to begin the stone pelting and they retaliated. 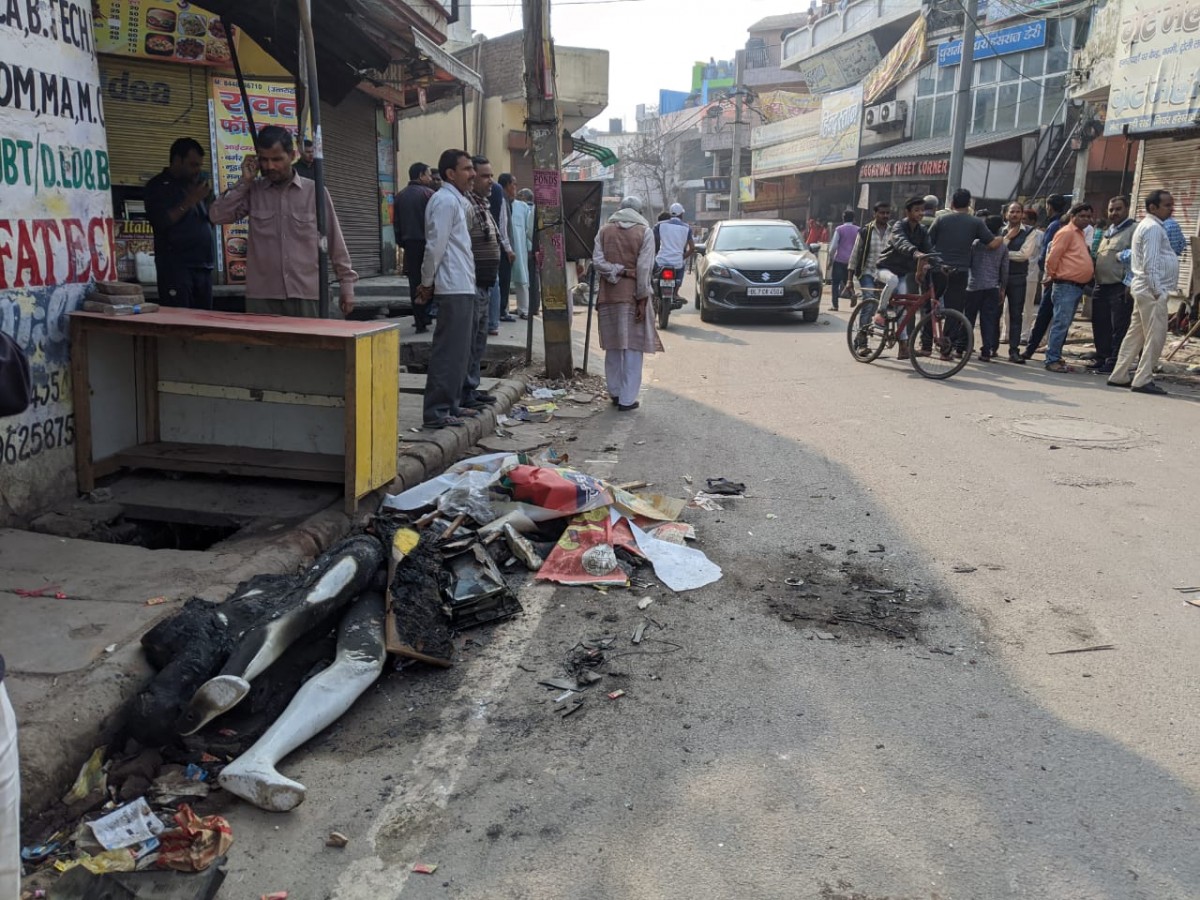 The remains of a burnt shopfront in Ghonda. Photo: Kabir Agarwal

Stone pelting subsided at night and began again this morning, with both sides participating. As of now, the violence has stopped but the area remains tense and restive, with mobs patrolling the streets and the police remain absent.

Metro services remain suspended and autos and e-rickshaws are refusing to go to the area. The mobs remain vigilant of anybody with a phone trying to click pictures. According to residents, the mobs have broken several cell phones since last evening.

“This is the time for Hindus to take control. Enough is enough. We will show them our power. If you are a reporter, you should stay at home. We have beaten up several reporters since yesterday,” said a man close to where the autos were being burned, as he deleted pictures from this correspondent’s phone.