Amir and Hashim called their mother to say they would be home in five minutes on the night of February 26. But they never did. 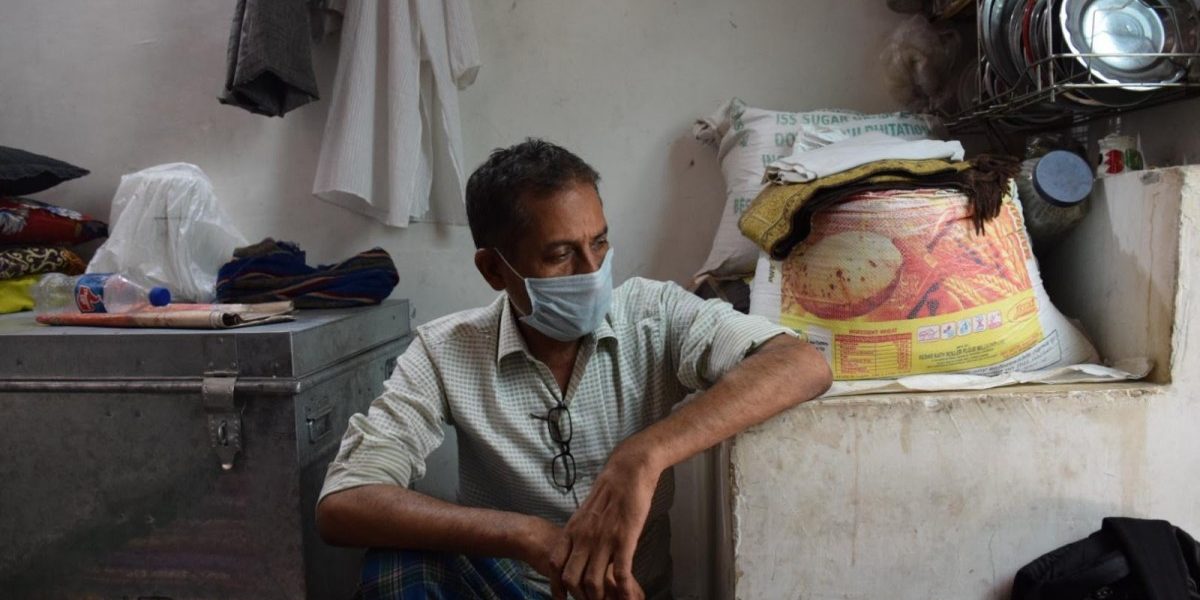 New Delhi: Shabeena Amir sits in the corner of her in-laws’ small, two-room house in Mustafabad, on a single bed with a curtain separating her from the rest of the family—her parents-in-law, two kids and three brothers-in-law. She usually sits in silence, which is only interrupted by her sobs. She was not always like this, she says.

She is currently observing iddat (a period of waiting observed by Muslim women after their husband’s death). Her husband Amir Ali had been killed in February, during the Delhi riots. She spends almost all the 24 hours of a day sitting on the same bed, as she cannot go out or meet people except her own family during this period. “All I think about is my husband… I never got to say goodbye to him. The last time I saw his body, it had gory bruises all over,” she says.

While the Delhi Police say the case is still under investigation, they have pointed to a group on WhatsApp that was apparently used by those involved in “active rioting”. The police said the group, created on the intervening night of February 25 and 26, had 125 members. Two members of the group have joined the investigation, the police.

Recalling the events that led to Amir’s killing during the riots, Shabeena says, “He had disappeared on the night of February 26. On the next day, we received the news of his demise. I fainted immediately and didn’t know what was happening for the next few days.” What happened during the riots?

Thirty-year-old Amir Ali was a taxi driver by profession. Before the riots began, Amir, along with his 16-year-old brother Hashim, had gone to meet their ailing grandmother in the Bhopura locality of Ghaziabad, about eight kilometres away from their house in North East Delhi’s Old Mustafabad.

Hashim was a school dropout and worked at a jeans factory to help his family financially.

On February 26, Amir called his mother to say they were returning home because they had heard that the situation in North-East Delhi and their locality specifically was worsening.

Both brothers had set out from their grandmother’s house, concerned about the safety of their elder brother, Sheruddin Ali, who lived in Gokalpuri. In this locality, about two kilometres from Old Mustafabad, the riots were particularly violent.

Their mother, Asghari, says that Amir called her at around 9:30 pm to say that they will “reach home in five minutes”. But they never did. “After that call, their phones were unreachable. The whole night, we thought that maybe the police had caught them because their vehicle did not have the required documents. But that was far from the truth. The next evening, we went to file a missing person’s report at the Dayalpur Police Station. We were shown photographs of bodies that were found inside a drain and recognised Amir and Hashim. The police told us that the bodies were kept at the GTB Hospital’s mortuary,” Asghari said.

Their father Babu Khan, who went to identify the dead bodies in the hospital, said there were deep wounds on both his sons’ heads. “There were cuts from knives. It seemed like they were beaten mercilessly. Their backs were also burnt.”

The dead bodies had been retrieved from the drain between Ganga Vihar and Gokalpuri. At least eleven bodies were fished out from drains near the riot-affected areas. In total, at least 53 people were killed in the riots.

He added, “If somebody even scratched my kids in front of me, I would get angry and feel their pain. I never hit my sons, no matter what they did. Seeing their bodies, which had been assaulted, brutalised and burnt so badly, I felt extreme helplessness.”

Amir left behind ailing parents and two daughters, aged five and two. His wife cannot go back to her house, as she had married Amir against the wishes of her family. Shabeena strokes her belly softly, revealing that she is pregnant with her husband’s third child. “My husband couldn’t even see his third child, went away too early and in such a bad way. Now, all I do every day is wish for justice,” she says.

Asghari says the family has lived only in Mustafabad. But never before was she scared for their safety. All five of her sons were born in the same house. She said, “After two of my sons were killed in such a brutal manner, I am extremely concerned about my the safety of the other three,” she says.

“My husband has breathing issues and can’t work for long hours. We depended completely on our sons for our livelihood. Two of them are gone. I don’t even feel safe sending my other sons for work now, I don’t want to see them die too,” the mother says.

The nationwide lockdown that was announced in March to contain the spread of the novel coronavirus has left the already vulnerable family feeling desperate. The lack of employment opportunities in the unorganised sector meant that none of the family members had any work or money. “Thanks to the kind people of Delhi, we got some money.”

“But these are temporary solutions and we have many challenges in the long term. We are not sure how we will survive. My sons and I already have lost work and are not able to find new jobs. We have two daughters of marrying age. Amir has two daughters and a third child is on its way. We pay for their education and marriage?” Khan asks.

“For ration, we used our card and the Delhi government also helped. But money or compensation is not going to make us feel better. Only justice for our sons will,” he added.

Four months after the brothers’ killing, the case is still under investigation, as is the case with several others. As per a Delhi Police statement shared by additional PRO Anil Mittal, a WhatsApp group was used to mobilise crowds and organise rioting. 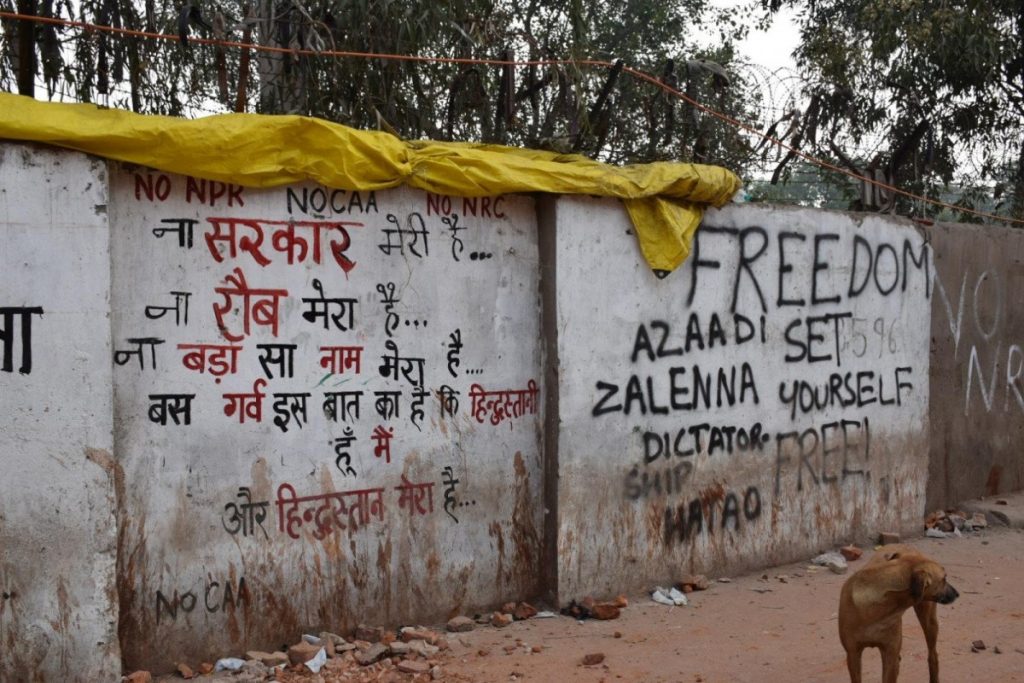 A slogan in Mustafabad area made during the Anti-CAA protests. Photo: Ismat Ara

So far, nine persons have been arrested in the murder case of Hashim and 11 in the case of Amir. According to the police, “All the accused persons are presently in judicial custody. Their several bail applications have been rejected.”