The man photographed by Danish Siddiqui was Mohammad Zubair, who survived the attack but sustained serious injuries. 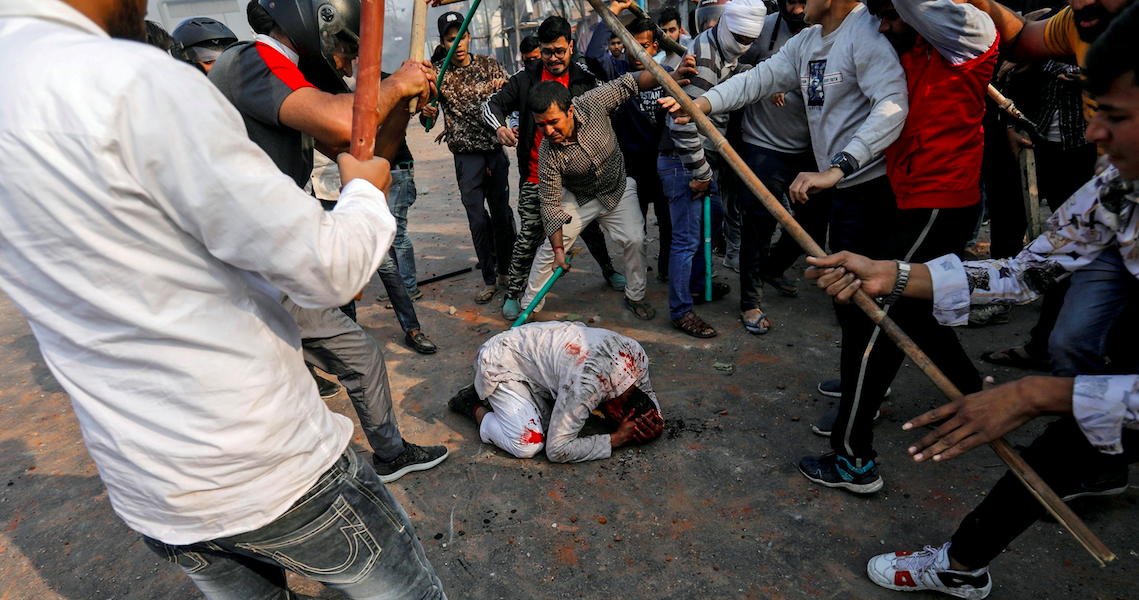 New Delhi: A photograph from the violence in northeast Delhi earlier this year, showing a group of men viciously beating up an isolated Muslim man has been chosen as one of the defining photographs of 2020 by the global news agency Reuters.

The photograph was taken on February 24, 2020, by Reuters veteran Danish Siddiqui, who along with Adnan Abidi, travelled into the heart of the riots in February.

The end-of-year selection of photographs cover a range of global events that are spectacularly wide for a singular year that has been bound by a common human experience, the pandemic.

This image is the sole pick from India. It marks a spate of violence that became a culmination of peaceful protests against the Citizenship Amendment Act.

“It had been a winter of protests in India, with hundreds of thousands taking to the streets against a new citizenship law that many felt discriminated against the country’s Muslim minority. In February, competing protests between those against the law and its supporters turned into communal riots with violent clashes. A source called me to tell me that trouble had broken out at one of the protest sites,” Siddiqui is quoted as having told Reuters.

The list carries short stories from photographers essaying the circumstances that led to these photos. At the time, Reuters had released more than one photograph of the brutal scene. One of the subsequent images taken by Siddiqui appear to be the one below. 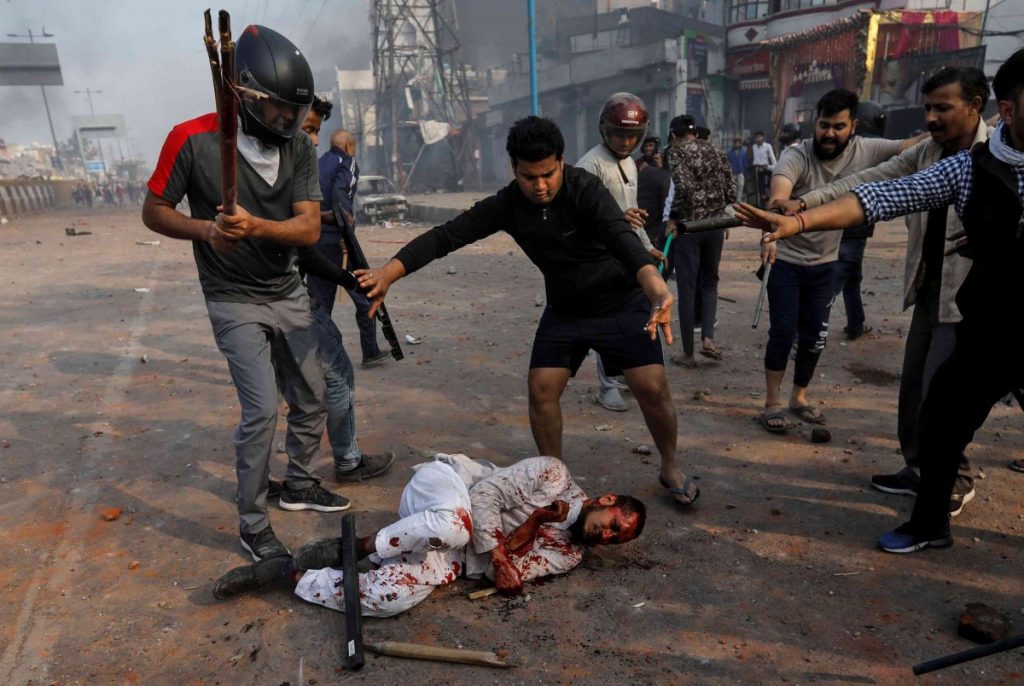 People supporting the new citizenship law beat a Muslim man during a clash with those opposing the law in New Delhi, February 24, 2020. Photo: Reuters/Danish Siddiqui

“Within a few minutes of arriving on the scene, it became clear this was a more dangerous situation, with heavy stone-pelting, and throwing of Molotov cocktails and bottles of acid. Shadowing lines of heavily outnumbered police, I noticed more than a dozen people ranging from teenagers to old men assaulting a Muslim man in white clothes. Using sticks, cricket stumps, plastic pipes and metal rods, they brutally beat the man. Blood flowed from his head as he went down on his knees,” Siddiqui said.

The attack was over in less than a minute, as Muslims on the other side of the road started throwing stones, he remembers.

The man was Mohammad Zubair, who survived the attack but sustained serious injuries.

“They saw I was alone, they saw my cap, beard, shalwar kameez and saw me as a Muslim,” Zubair told Siddiqui when he met him after two days. “They just started attacking, shouting slogans. What kind of humanity is this?” he had reportedly asked Siddiqui.

In March, Zubai had spoken to The Wire‘s Arfa Khanum Sherwani. The video of his interview, where a visibly injured Zubair says that the government should ensure that mere religious identity does not incur attacks on a person, can be found here.

Siddiqui’s photograph also holds the key to the fact that investigation into the Delhi riots has remained fraught with controversy, with the Police taking a debated stand in holding activists and student leaders accountable in spite of photographic evidence of many others’ participation.

Reuters’ full selection of photographs from around the world can be found here and here.