At GTB Hospital, Families of Delhi Riot Victims Wait for Bodies to Be Released

An auto driver with a pregnant wife, an electrician and a dry cleaner are among those killed. 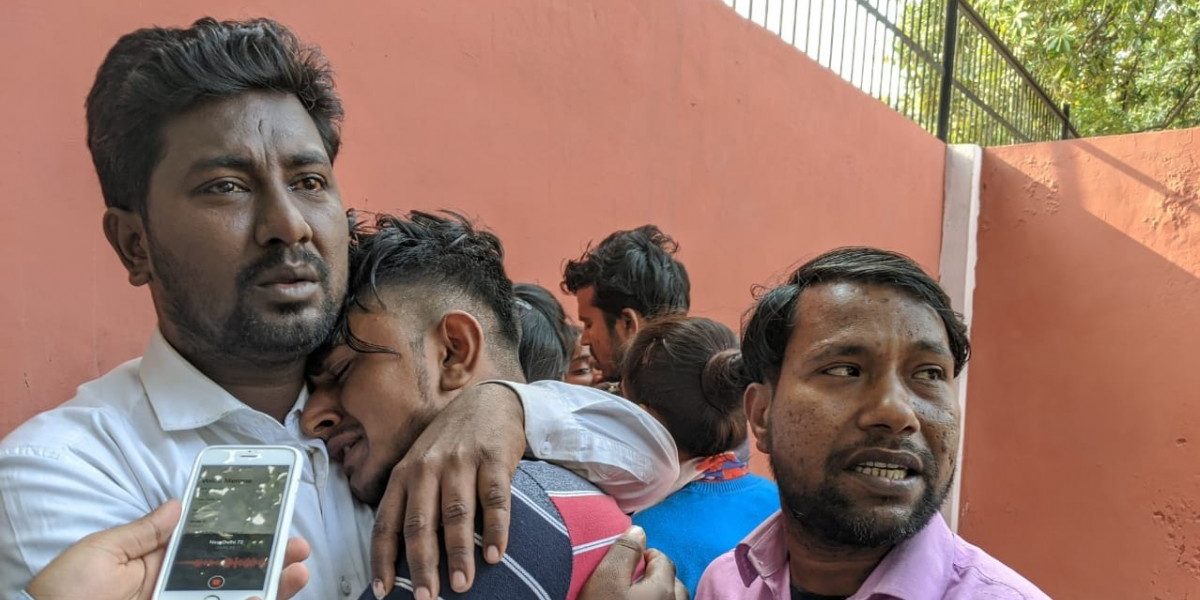 New Delhi: Outside the GTB Hospital mortuary on Wednesday afternoon, several families are waiting for the dead bodies of their loved ones. Post-mortems of those killed during the Delhi riots are being performed here.

Some have been waiting since Monday, when the first deaths in the violence occurred. Hospital authorities says it takes two hours to perform each post-mortem if there are bullet wounds, and four have been done so far – one on Tuesday and three on Wednesday. This is why it is taking so long, they explain, but the families are getting restless.

Rahul Solanki’s friends Shahbaz and Vikas were inconsolable. Babu Nagar-resident Solanki was shot in the neck on Monday, when he went out to buy milk, his friends said. “He didn’t know the situation was so bad,” Shahbaz told The Wire. “He was barely 50 metres from his house when a crowd rush towards him. Someone fired a bullet and it hit him in the throat.”

He was taken to the hospital immediately, Shahbaz said, but the first three hospitals refused to admit him.

Solanki’s body has only just been released from the hospital, and his family has taken it home. “We had been waiting for three days,” Shahbaz said.

Twenty-two-year-old Mohammad Shahid, an auto driver from Mustafabad, was married four months ago. His wife is now pregnant, but their child will grow up without a father. She doesn’t earn a living.

“We found out he had been shot only after his photo went viral on social media,” Shahid’s cousin Mohammad Rashid told The Wire. “He was shot at 3:30 pm [on Monday], we found out only at 6:30 pm. His body was at another hospital then, and was brought here in the evening.”

“The bullet went through him. We have no idea how it happened or who shot him. I was at home in Jaffrabad. Things are still tense there.”

Rashid said he has been waiting at the hospital since Monday evening. “They keep saying one hour more, two hours more, but still the post-mortem hasn’t happened. And they wanted us pay Rs 4,000, saying it was so that they video-record the post-mortem. Why should we pay?” 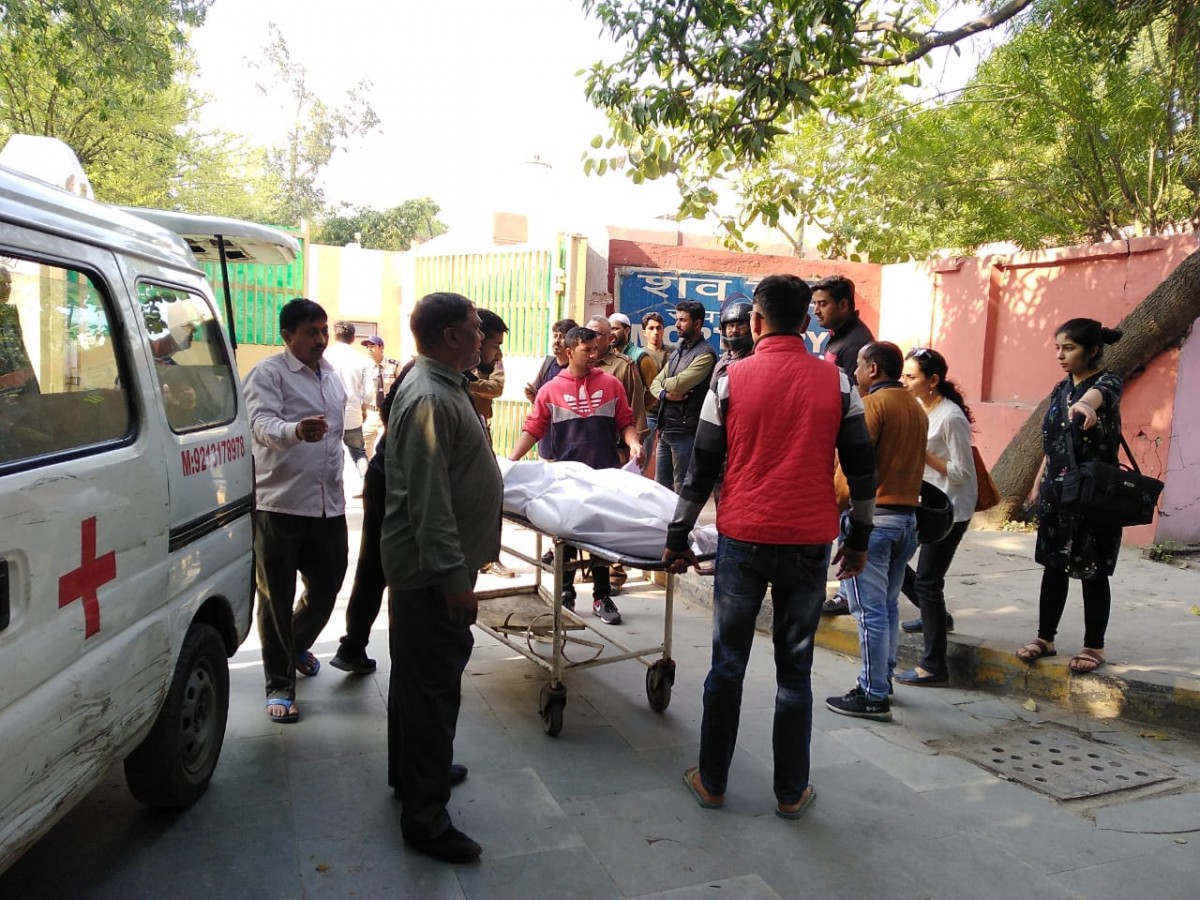 Rahul Thakur, a 23 year old from Brij Puri, was shot in the stomach on Tuesday. His friend and neighbour, who refused to be named, said there was large-scale stone-pelting in the area and no police presence.

Puran Singh came to the hospital on Wednesday morning to collect his cousin Veer Singh’s body. Veer, a 48-year-old who worked in dry cleaning, was shot close to 4 pm on Tuesday in Karawal Nagar. “The situation is still very bad there, it was difficult for me to come here,” Puran told The Wire. “Veer was shot in the head while coming home from a food shop. A neighbour told us what had happened.”

Veer has three children – two sons and a daughter. His daughter is already married.

Puran blames the anti-Citizenship (Amendment) Act protestors for his cousin’s death, saying the violence erupted because they had blocked roads for so long. 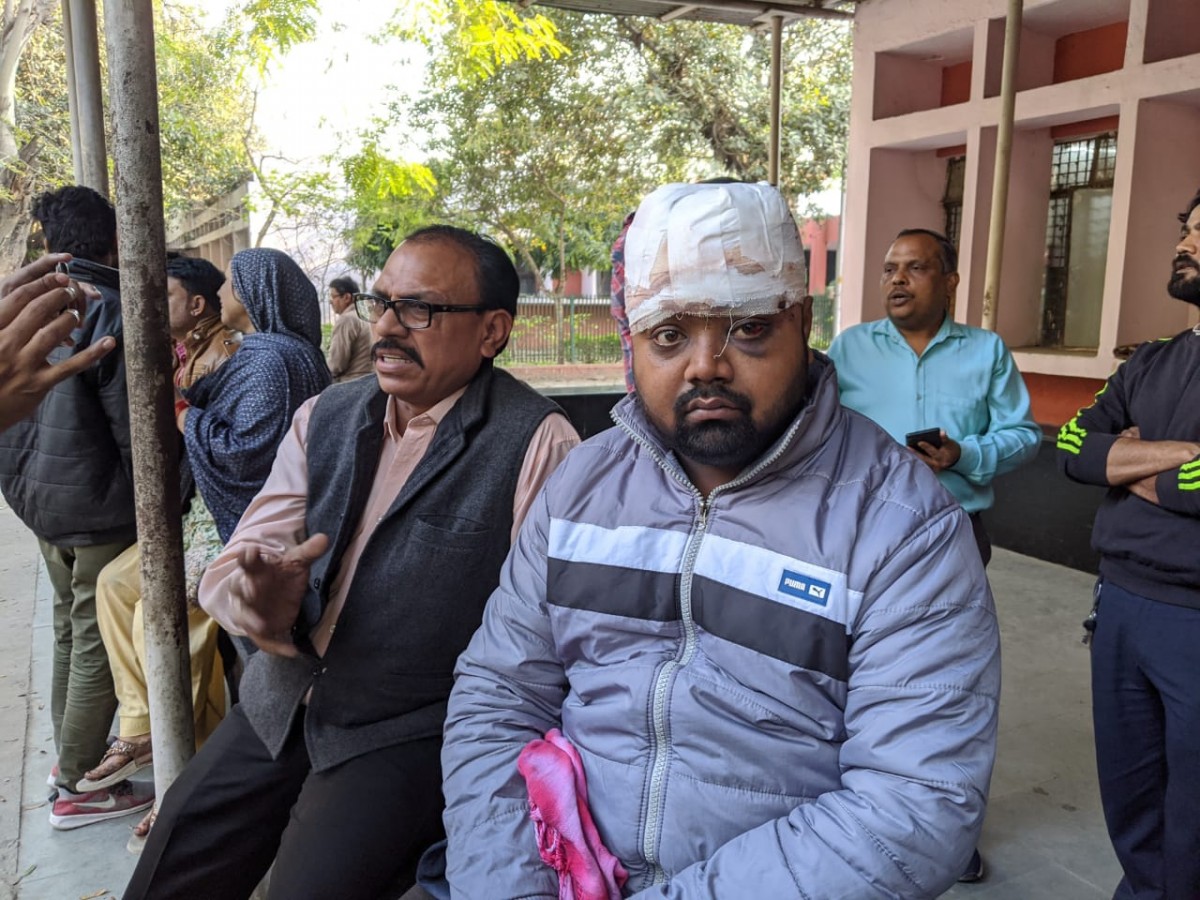 In Ghonda, Monu Kumar says him and his father, 51-year-old Vinod Kumar, were attacked with stones and swords. Vinod did not survive, while Monu is injured on the head.

“We were on a motorcycle going to buy medicines. A mob shouting ‘Allahu Akbar’ started attacking us, we fell off the bike. The bike was then set on fire,” Monu said. While he was hit with stones, Vinod was attacked with a sword and died on the spot, Monu continued. He showed us a picture of his father lying on the road, with massive would across his forehead and eyes.

The family is now waiting at the hospital to collect Vinod body.

Ashfaq Hussain, an electrician, was shot five times in Mustafabad on Tuesday, close to 5 pm. Three of the bullets hit him in the chest, two others on his side. Last night, his uncle Salim Baig told The Wire, Ashfaq’s body was kept Al Hind Hospital in Mustafabad because the police did not let them take it to GTB Hospital.

Baig blames Kapil Mishra for his 24-year-old nephew’s death. Hours before the violence began, Mishra had given the Delhi Police an “ultimatum” on clearing the anti-CAA protest sites.

A number of injured people are also being treated at GTB Hospital. In the video below, The Wire spoke to some of the injured on Tuesday.