Calculated Chaos: The Delhi Riots Are Exactly What CAA Is About

The CAA is meant to fester unrest till 2024. It is a different kind of social engineering we have not witnessed so far but it is also a red herring for what the future may hold. 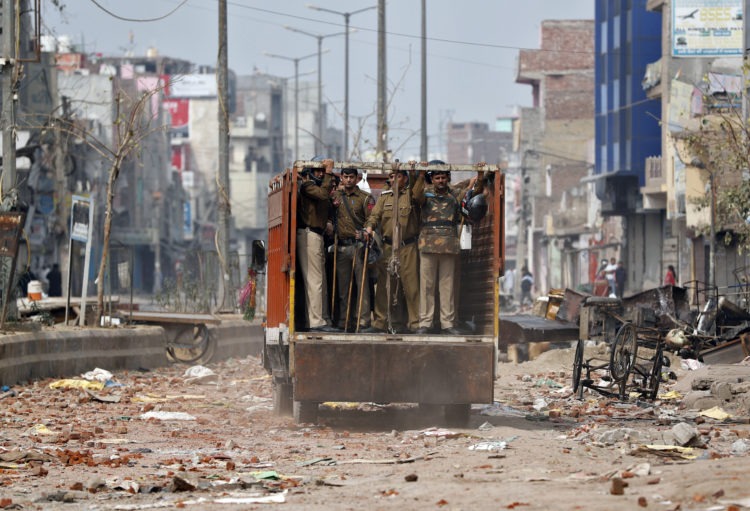 The violence in Delhi is what the Citizenship Amendment Act (CAA) was meant for – to polarise society on religious grounds across India. This, however, is just the starting point and the Narendra Modi-Amit Shah duo, known political gamblers, are throwing the final dice armed with the dream of permanent polarisation and permanent power.

The CAA is important for many other reasons other than ‘merely’ manufacturing violence against Muslims. Behind the din created by communal violence, there seems to be other long-term agendas, including revisiting the voters electoral list and creating constituency-wise data in order to permanently convert an assured 30% of vote share into 300 odd seats. It comes close to the practice of gerrymandering that the United States followed in order to produce majorities.

Further, the CAA is also about who should be eligible to get benefits from social welfare programmes. It is again not merely about disenfranchising the Muslims – while that undoubtedly remains part of the agenda – it could also well be a red herring for deleting and eliminating those Hindus did not vote for the BJP.

The BJP seems to be interested in creating alternative social networks that link voting and welfare. Even now, government welfare policies are linked to the party. In much of the north, those availing any of the welfare policies of the BJP – be it toilets under Swachh Bharat Abhiyan or gas cylinders under the Ujjwala programme – are ‘expected’ (to put it politely) to hoist a saffron flag and call at least ten others in the village or qasba to let them know about the welfare programme in order to recruit more and more people.

The BJP, after Amit Shah took over, has been storing a lot of personal information. If one was to make a calculated guess, then it looks like the purpose of the CAA could well be to ‘manage’ this process of eliminating those, at least a sizeable section, who are not the core vote bank of the BJP. In the recent assembly elections in Telangana, more than 8 lakh voters were taken off the list with no real reason being offered, and there was no analysis as to how much of it impacted the results – even if it was in a few constituencies.

The violence in Delhi is yet again a reminder of the consequences of electoral loss by the BJP. This violence, however, seems to be on the cards even if the BJP was to win Delhi assembly elections.

Delhi, being a relatively small state and the national capital that makes it to national news, seems to be an ideal breeding ground for social experiments. The violence is also to disrupt any possible clarity that might be emerging in Hindu voters minds regarding the difference between a universal social welfare agenda and the emptiness of a security agenda that does not empower the socially and economically weak.

Further, the violence is testing the alternatives between hysteria and fear. Now that hysteria did not work during the Delhi elections, fear of random violence that can engulf anyone in an organised pogrom is the other alternative.

I have been arguing for some time now that majoritarian Hindutva politics cannot be fought exclusively around a religious discourse or that of secularism pitted against communalism. Welfare is a far more potent weapon. Social welfare policies are important for making citizens feel secure, less anxious and thereby arrest the retributive politics of majoritarianism.

The citizens of Delhi resisted hysteria in their voting; what are the concrete options in terms of resisting fear through organised violence? What are the ways of knowing how a majority of Hindus feel about the current disturbance? Do they see the futility of it? Do they see their own suffering in it and not merely how Muslims are getting targeted? Do they differentiate themselves from those taking part in the violence?

These are some of the other questions that the BJP wants answered.

The point is not whether a majority of Hindus understand the design behind the violence but whether or not they consent to targeting Muslims even after they understand it is being organised and that there is no spontaneous violence. The arson, looting and deaths of Muslims brings back the ‘old strategy’ of Gujarat. In Delhi, which is constituted by a migrant population, there is no territorial belongingness. Property being damaged does not automatically create an entitlement of the kind it did in Gujarat. If Muslims are ‘outsiders’, so are many of the Hindus in a different sense.

The logic of ‘outsiders’ might work out very differently – that was the reason a majority of Hindus did not respond to calls for violence against Shaheen Bagh.

The CAA is meant to fester unrest till 2024. It is a different kind of social engineering we have not witnessed so far but it is also a red herring for many other things that might pushed through.

It is also necessary to create calculated chaos that disallows any alternative political narrative to set it. Will opposition parties be able to upturn the challenge or will they play the waiting game as Arvind Kejriwal of AAP has opted to do? It is the utter ugliness of Indian democracy that a party that won with religious minorities on their side has done it by socially distancing them. Majoritarianism closes down many options that are visible but unavailable politically.

It is now the ‘Hindu’ citizenry of Delhi who will have to weigh their options, and whether or not they will be able to see reason and compassion as they did before the elections that should interest many of us, as it will Amit Shah, who must be watching the developments closely but with the eyes of a scientist in a laboratory.