Delhi Riots, the Aftermath: The Tyranny of Majoritarian Politics Is on Full Display

We now confront a situation when all spaces – formal and informal, from the streets to the parliament – are locked in confrontation.

The ruling Bharatiya Janata Party (BJP), which is fully in control of parliament, did not consider fit to entertain a discussion on the Delhi riots that left over 50 dead and more than 300 injured. Lok Sabha speaker Om Birla instead said that the Delhi violence would be discussed only after Holi.

The excuses for postponing the discussion – the timing was not conducive, it went against national interest – reveal once again the cold indifference that the ruling party and the Narendra Modi government has exhibited in the face of death and devastation in the Capital.

That indifference, falling into a familiar pattern by now, was, as always, conveyed through a long drawn-out silence while violence raged for three days. 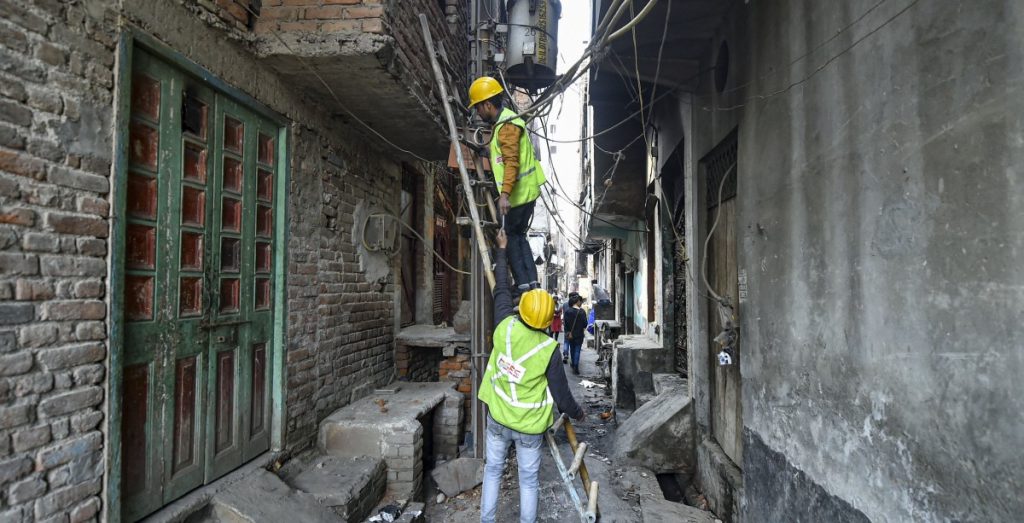 Even as the opposition noisily and rightly demanded an immediate discussion, the ruling party rammed through legislative business. Not just that, seven Congress MPs were also suspended for the rest of the budget session. Instead of punishing the policemen refusing to take action against perpetrators of violence, the government punished legislators demanding answers on how the violence was allowed to continue as long as it did. Protesting the opposition’s conduct, the Lok Sabha Speaker has himself stayed away from chairing the parliament session for the last three days.

Parliament is not just an institution for conducting legislative business alone. It’s the highest political forum for thrashing out important and contentious issues. A space where elected legislators are mandated to treat events like the unprecedented violence in Delhi as a matter of emergency.

Decency, if there is any left in the country, demanded the presence of the prime minister and the home minister in parliament. A voluntary statement from the top leadership would have signalled some resolve – however specious – from the powers that be to rein in the convulsions. But nothing happened.

We are yet to hear the prime minister or the home minister utter a word of empathy for the victims and their families. At a rally in Kolkata last week, Amit Shah, did not even bother mentioning the violence. In fact, adding further fuel to fire, Shah reinforced his party’s campaign against Bangladeshis and the Mamata Banerjee government. “Why is Mamata didi crying for the infiltrators and not the Namashudra Matuas (Hindu refugees), who would have been benefited by CAA?” Shah asked.

Delhi is lost, for now, to the BJP. The party is looking towards Bengal to break new ground. The politics of communal hatred has found a platform in the state. “There could be violence in the coming days,” a shopkeeper in south Kolkata recently told me. His manner indifferent, his tone casual.  “Aren’t you worried?” I asked.  “Oshanti theke shanti aashbe (order will emerge out of disorder),” he replied.

In the aftermath of violence, the full extent of the devastation is laid bare. On the face of it, the aftermath brings deceptive, conventional signifiers of ‘normalcy’. The Karawal Nagar road in north east Delhi earlier this week displayed some of these markers – honking vehicles, rash scooter drivers, waiting auto-rickshaws, open shops, school students making their way back home. But the charred smell of burnt structures, the narrative of the deadly attacks told by victims, some of them who managed to flee just in the nick of time, spoke the bald truth. As did the large-scale presence of paramilitary troops.

Given the extraordinary situation, the scene could be approached differently. Are we looking at a new dystopian ‘normalcy?’ Has this ‘condition’, which Arundhati Roy described as “our version of the Coronavirus,” come to stay? Since 2014, violence has been normalised through everyday communal tension, the staging of frequent incidents of aggression and conflict, deliberate police inaction, and the complicity of virtually every institution carrying the responsibility of redressal. The processes of dehumanisation by which the exceptional is normalised have firmly been set in place.

Just a stone’s throw from the Khajuri Khas police chowki stood what remained of Mohammad Azhar’s burnt house. He gestured towards the stack of charred papers in a barely recognisable room on the first floor. These used to be important documents.

Since the BJP government’s lethal citizenship project, ‘documents’ – an innocuous, everyday word – has come to acquire a chilling ring, now representing the fear of disenfranchisement, the anxiety of a battle, fraught, beyond measure. In this burnt house, the cindered documents bore imprints of such violence and fear.

Muslims are the primary targets of the ruling party’s new citizenship drive. They are under a government scanner. A report by the Delhi Minorities Commission said the violence was “one-sided and well planned” in which “maximum” damage was inflicted on houses and shops of Muslims.

As scores of recent incidents of violence in the Capital reveal, the police have reduced themselves to being passive onlookers. Sometimes worse, as instances of the police even participating in the violence show.

“As long as the paramilitary is here, we feel safe,” said Mohammad Sharif, sitting outside his burnt down business. The emblem – ‘Great Maharashtra Band’ – fronted his burnt shop. “We have been functioning from this shop for the last 25 years,” he said. Not far from Sharif’s shop, the refuse-cluttered drain yielded dead bodies. All around, one found signs of this latest version of  ‘normalcy.’ The vulnerable have been left to fend for themselves. The ruling BJP, working to a plan, has barely acknowledged the violence.

We now confront a situation when all spaces – formal and informal, from the streets to the parliament – are locked in confrontation. The uneasy normalcy in north east Delhi, the ruling dispensation’s dogged refusal to allow a discussion on the violence, the capacity to still think of celebrating Holi as if nothing has happened, all of this calls for a new language to describe the dystopia that we are calling normalcy.