The video showing police brutality near Delhi’s Jafrabad area was shot during violent clashes on February 24, 2020.

A video of police personnel in riot gear thrashing five people lying injured on the side of a road has gone viral on social media. The video shows a policeman capturing the incident on his mobile phone while the injured men are being forced to sing the national anthem. The cops can also be heard hurling abuses and repeatedly using the word ‘Azadi’ while beating the men. The official Twitter account of Shaheen Bagh wrote that the clip was shot violence in Delhi in the view of protests against the Citizenship Amendment Act (CAA).

When the protector turns perpetrator, where do we go?!
Shame on @DelhiPolice for disrespecting the value of human life. Is this how the Delhi Police fulfills its Constitutional duty to show respect to our National Anthem?
(Maujpur, 24 Feb)#ShameOnDelhiPolice #DelhiBurning pic.twitter.com/QVaxpfNyp5

Several individuals on social media have asked Alt News to verify the video. In the course of this article, we will verify the location and the time of the incident.

Alt News found an aerial view of the same incident. A person in the background can be heard describing the police brutality. It may be noted that one can spot eight police personnel at the scene.

We compared the two videos to establish that it depicted the same incident. In the two comparisons below, we have juxtaposed screenshots from the aerial view with a screenshot from the viral video.

1. Two men lying on the ground with one of their heads placed on the other. 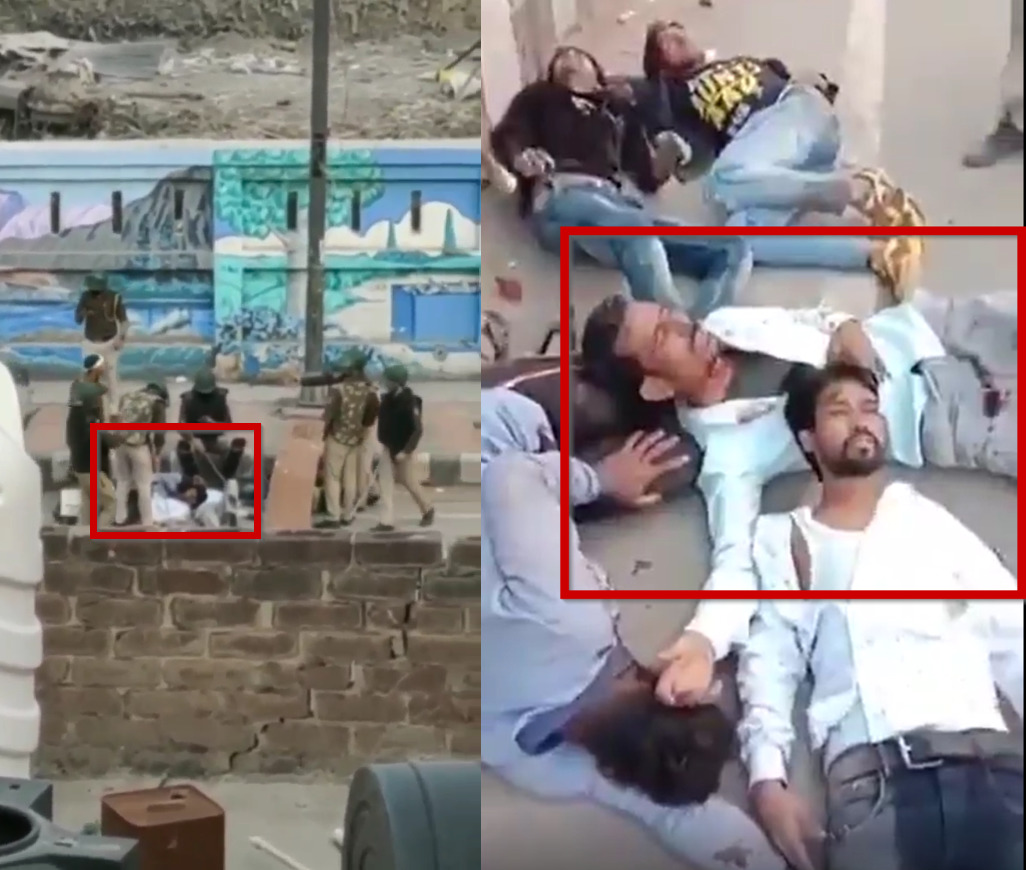 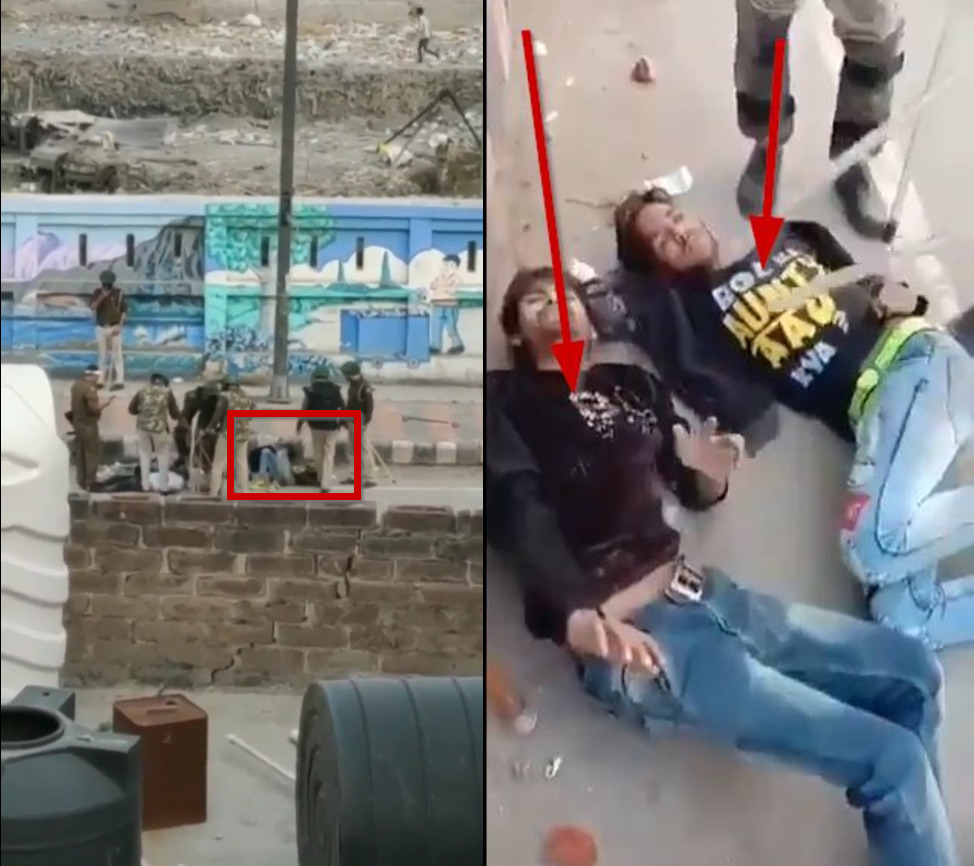 Alt News spoke with one of the victims who sent us a video testimony. On his request, we are not uploading the testimony and revealing his identity. “Police had brutally thrashed the 5-6 (men). [They] broke someone’s hand, someone’s leg. My hand and leg are also broken. There are 8-10 stitches on my head. I am unable to speak. Policemen were saying do you want azaadi?” he said. According to the victim, the incident took place near Krishna Marg bus stop in Kardam Puri locality of Shahdara at around 5:45 PM.

In conclusion, Alt News was able to independently verify that the video showing police brutality in the vicinity of Delhi’s Jafrabad was shot during violent clashes on February 24, 2020.