Ignored and Discriminated Against, Muslims Have Lost Their Faith in the Healthcare System

It is essential to rebuild the trust of Muslims. That can only happen if they are treated equally in every way. 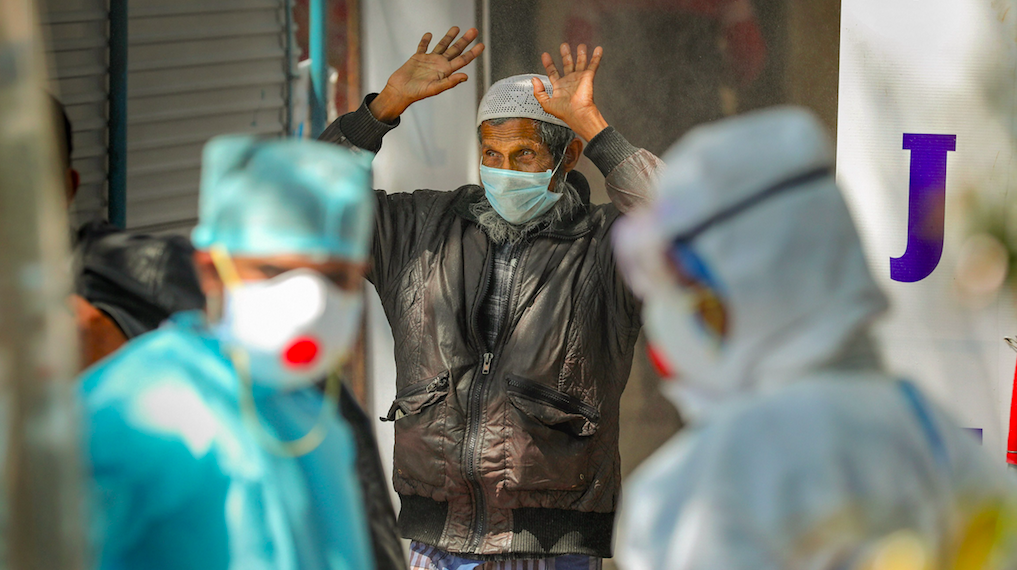 Discrimination – even in the health sector – against Muslims is not new, but the recent communalisation of the COVID-19 outbreak after the sudden glare on the Markaz at Nizamuddin, the global headquarters of the Tablighi Jamaat, have altered the social fabric of the country.

The media added fuel to the communal hatred by blaming Muslims for the spread of the virus across the country.

They called Muslims ‘corona bombs’ and enemies of the nation, on TV channels. One channel even ran a banner with the Islamophobic catchphrase “Corona aaya, maulana laaya.”

The Islamophobic news channels also coined a term, ‘corona Jihad,’ as if to imply that this infectious disease is almost a Talibani crime, a Muslim conspiracy against Hindus, and so on.

This media trial against Muslims and hate speeches of right-wing politicians has made the life of Muslims miserable across the country. Muslims have continuously witnessing humiliation, harassment, social boycott, and even lynching.  They are stigmatised as “carriers of the virus.”

A recent incident which happened to me is an example.

On April 16, 2020, I got a call from JNU Health Centre that a student has fallen from his cycle while going to ‘KC’ (a kind of supermarket in JNU) and got severely injured.

Without any delay, I went with the student in an ambulance. When we reached there, both the halls (no. 3 and no. 4) in the emergency ward were closed due to occupancy of patients of COVID-19, and no doctor was ready to check emergency patients.

However, after some time, I managed to talk with a doctor. Thankfully he listened. He referred the student to the ENT department (ward no. 17 in H block). When we reached there, we were further referred to ward no. 22 on the same block.

The story of discrimination begins from here. Looking at us and at the name on health card, the doctor started talking rudely (in abusive and humiliating manner) with the patient. He said to the patient, “Why were you riding a cycle during the lockdown? Don’t you know whata lockdown is? Now pay the price.”

Observing the doctor’s behaviour, I started speaking, but the doctor started yelling at me and asked me to leave the room. And so I left. After keeping us waiting for more than one hour in spite of the patient needing urgent treatment, another doctor came and asked to register for MLC, though that was not required.

But still, we went and tried to register for MLC, but due to the treatment of coronavirus infected patients, were told that Hall No. 3 is closed. MLC work happens there. So, we had to wait for at least three hours.

Left without an option, we visited the ENT department, ward no. 17, again and requested the doctor there to have a look. The doctor agreed, but stitched the wound without cleaning the face. Afterwards he said, “Now leave, quickly.”

This behaviour forced me to think about those Muslims who were not educated enough to talk to medical staff.

The purpose of writing on this incident is two-fold.

First, I would like to offer an exception to the perception that doctors neither discriminate, nor misbehave, and that it is the patients who do so.

Secondly, I want to put out clearly how such incidents create mistrust with the health system. 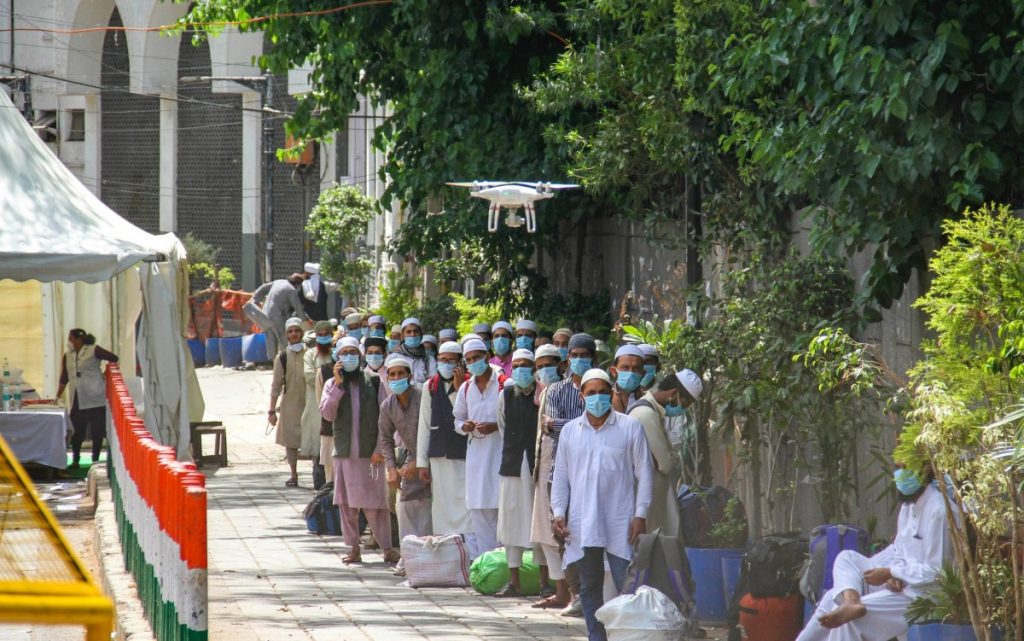 People who attended the Tablighi Jamaat event board a bus to get tested for COVID-19. Photo: PTI

Let it be very clear that the continuous discrimination against Muslims on the pretext of the Tablighi Jamat’s role in spreading the virus, will only discourage early reporting of COVID-19 if anyone from that particular community, especially from the lower strata, gets infected.

They will develop a fear of discrimination and violence at public places and hence would prefer to die at home rather than encounter hostility in a hospital.

When Rizwan, stepped out to buy essential items, he was brutally beaten by the police. His family members were so afraid that they didn’t take him to hospital but preferred to treat him at home. Later, he was shifted to a hospital when his condition did not improve. He died there.

This is actually happening now and the recent incident of clash between medical staff and people in Moradabad depicts this situation well.

Therefore, trust-building in the Muslim community is inevitable if we want to strengthen the fight against coronavirus. This trust-building among Muslims can be done only if they are treated equally in every public place.

But how can this trust can be built, when a pregnant woman is refused space in a hospital for being a Muslim in Rajasthan? The child was later delivered in the ambulance and died. In another recent case, a Muslim pregnant and bleeding woman who came to a hospital in Jamshedpur, was allegedly asked to clean up her blood, accused of spreading coronavirus. Later, this turned into loss of the child.

In a letter to the chief minister, she said “I was abused on the lines of my religion, and was asked to wipe the blood. I could not because I was shivering. I was beaten up with slippers. I was shocked and rushed to a nursing home, there I came to know that my child had died.”

These incidents reiterate that the Hindus and the Muslims are not the same even in matters of health care. Due to the refusal of space and treatment, both the pregnant women lost not only their baby but also their faith in the system.

Now think for a moment, if those women are ever likely to visit the same hospitals in the future. The very reason forced a 37-year-old Muslim named Dilshad in Una, Himachal Pradesh to commit suicide. He hanged himself to death after allegedly facing “social boycott” by some villagers, who suspected he was suffering from COVID-19 despite testing negative for it.

Similarly, a 22-year-old Muslim youth was beaten to death by a mob on suspicion of plotting to spread the coronavirus in Bawana, Delhi, and a report in NDTV suggests that five vegetable sellers in Uttar Pradesh’s Mahoba district have submitted a written complaint to the authorities that they were abused and stopped from selling their goods by a group because they are Muslims.

One of the vendors stated that the group accused them of spreading coronavirus and said they were members of Tablighi Jamaat.

At a time when we need every section of the society to stand united, the gap of trust between Muslims and the state has only widened, making the fight against coronavirus weak and putting the life of Muslims at stake.

The pandemic, in many ways, was a test for non-sectarian nationalism. But that didn’t happen. We failed as a nation.

Abid Faheem is a Research Scholar at the Centre of Social Medicine and Community Health, JNU.