Hindutva groups want to force one version of the Ramayana down our throats. Our response must be based on scholarship – not provocation. 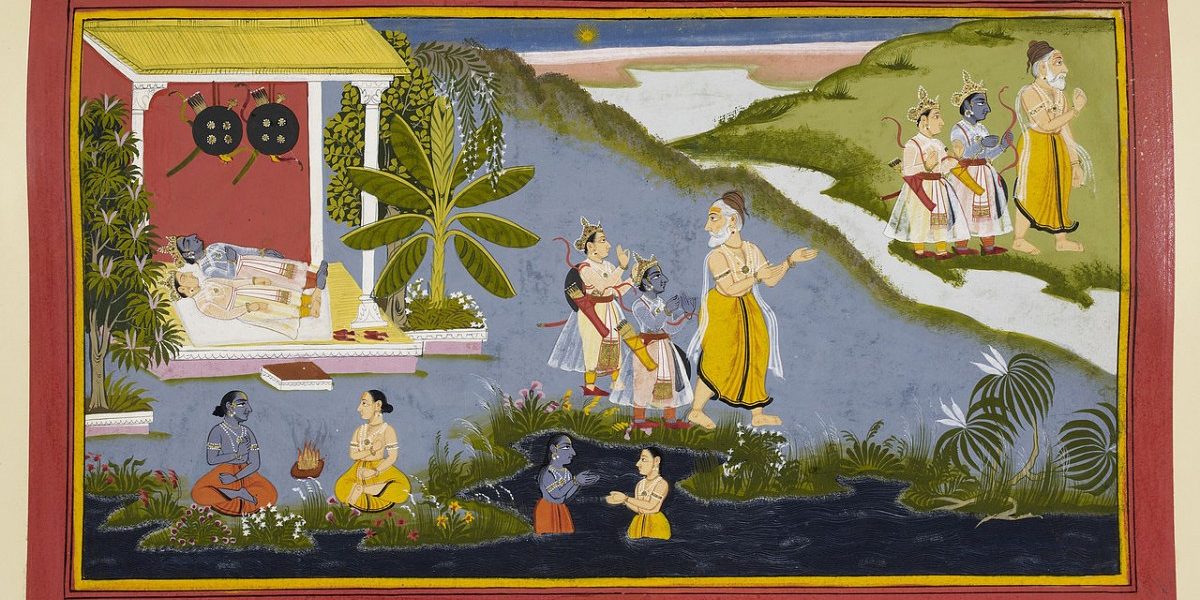 Kumara Vyasa – one of the greatest Kannada poets – says that the great snake Adishesha, who carried the entire burden of planet Earth upon his head, was having trouble bearing the weight of the poets who wrote the Ramayana.

Numerous people have written multiple versions of the Ramayana. In his paper published in Many Ramayanas, A.K. Ramanujan places the count at nearly 300. His paper inevitably courted controversy when the Hindutva camp couldn’t tolerate it being listed, even in the suggested readings for a course at Delhi University. In 2008, the ABVP trashed the office of the Dean of History; the essay was ultimately removed from the list.

In Karnataka, a new controversy is brewing over statements made by K.S Bhagwan, a professor of English, about Lord Rama in his new book Ramamandira Eke Beda (Why a Temple for Rama is Not Necessary). In his book, Bhagwan says that Rama and Sita had the habit of drinking liquor together, and used to enjoy dancing with the other women in his palace. Relying on such examples, he concludes that Lord Rama was no God, and hence there is no need to build a temple for him.

The right-wing media pounced on such statements, and in a series of panel discussions, moderators and TV anchors vociferously attacked Bhagwan. Yet this is not the first time K.S. Bhagwan has courted controversy. Many progressive thinkers are also skeptical about the manner in which he has made provocative statements, stoking controversy over not only Lord Rama, but a few other gods and goddesses as well – and reliably making headlines.

Their main objection is that one should study and critique the epics in a scholarly way, not make provocative statements out of context. Conclusions should be premised on research, or they fall prey to those who take every advantage to stoke communal passions.

Also read: The Many Criticisms of Rama and the ‘Anger’ of the Hindu Right

How stories of the Ramayana evolved

I personally concur. I have engaged in a studying a wide variety of Ramayanas over the last five decades, and I detail this in my recent book, Nija Ramayanada Anveshane (A Research Into the True Ramayana), as well as on social media platforms in Karnataka.

The question of how to approach our epics and religious texts is one of the most vexed question of this moment. Communal forces are making unreserved efforts to force a single version of the Ramayana down our throats that is acceptable to them, part of the project of creating a monolithic Hindu Rashtra.

Any response to such attempts must be based on in-depth study and analysis, which should be able to convince the reader through the soundness of facts and arguments.

The Ramayana is widely popular in India, and thousands of villages boast of some mark of Rama or  Sita or Hanuman’s visit in the past. Each of these villages has its own sthala purana. Stories from the Ramayana are also frequently performed as folk-dramas  – yakshagana, bayalata – or heard in the form of harikathas,  etc.

In many festivals, ritual folk songs or bhajans venerating Rama are frequently sung. The Ramayana – Rama, Sita and Hanuman – are etched in the minds of the Indian masses, in spite of them having Siva or other Gods and Goddesses as their prime kuladevatha or mane devru (family god). Every region and language in India has its own version. Poets of many languages have placed the Ramayana in their own context, adapting it to suit their regional culture and times. The Rama Katha has also been  adopted by poets of different religions, like Jainism and Buddhism, to propagate the principles of their religion.

The Ramayana did not remain – as it is widely believed today – a Hindu religious text. Even A.K. Ramanujan was unable to count the folk versions of this epic which existed in thousands of languages across the country.

The fact that these versions were repeated from generation to generation, usually orally, has attached such fantasy to such stories, that it is difficult to determine their historicity. In most folk versions, Sita’s tribulations attract the attention of the poets. In a few folk renditions, she is the daughter of Ravana – not given birth to by his wife, Madodari, but by Ravana himself; birthed out of Ravana’s nose.

Jain poets tell the story differently. They follow Vimala Suri’s Pa uma charia in Prakrit rather than the Sanskrit versions. For them, Lord Rama has attained such a high stage in life that he cannot commit any act of violence – so the act of killing is left to Lakshmana. Hanuman also is no Vanara or ape. He is Ravana’s nephew and a married man, unlike his depiction in Valmiki as a great bachelor.

Ravana is not a kamuka – a sex-obsessed man – but a noble person who has taken a vow of parangana virathi (not getting attracted to any woman other than wife). He had evaded many women who desire to have sex with him, but falls victim to a moment of weakness. During the war waged against him by Lord Rama, he tries to win to establish his prowess and then hand over Sita to Rama.

This is the Jaina version that has influenced many a poet like Kuvempu – who was awarded Jnanpith for his Ramayana Darshanam. Even today, this mahakavya  attracts house-full audiences across Karnataka when it is performed dramatically.

In Buddhist Jātaka stories, Sita is sister and also wife of Rama.

Different versions of the Ramayana

Thus, India has three major groups with distinct versions of the Ramayana. The first group derives from what is presented in Valmiki’s version. The second is an amalgamation of innumerable versions told by folk-poets. The last one is the Jaina versions derived from Prakrit traditions. It is ahistorical to assert that there is a single telling of the Ramayana.

The Ramayana’s percolation down from the ages through its retelling from diverse religious and cultural traditions makes it near impossible to trace the actual source of the epic. What we have today is largely an admixture of versions which have undergone cultural permutations throughout the course of history. In any statement made which is derived from these versions, a thorough process of corroboration between multiple sources requires to be done.

G.N. Nagaraj is a scholar of the Ramayana, and an officer in the Department of Agriculture who resigned to join the progressive cultural movement. His book is Nija Ramayanada Anveshane, published by Bahuroopi.