The women's lawyers and family members claim that they were saying prayers during a birthday party for one of their children, which members of the Hindutva outfit alleged was a forced conversion attempt. 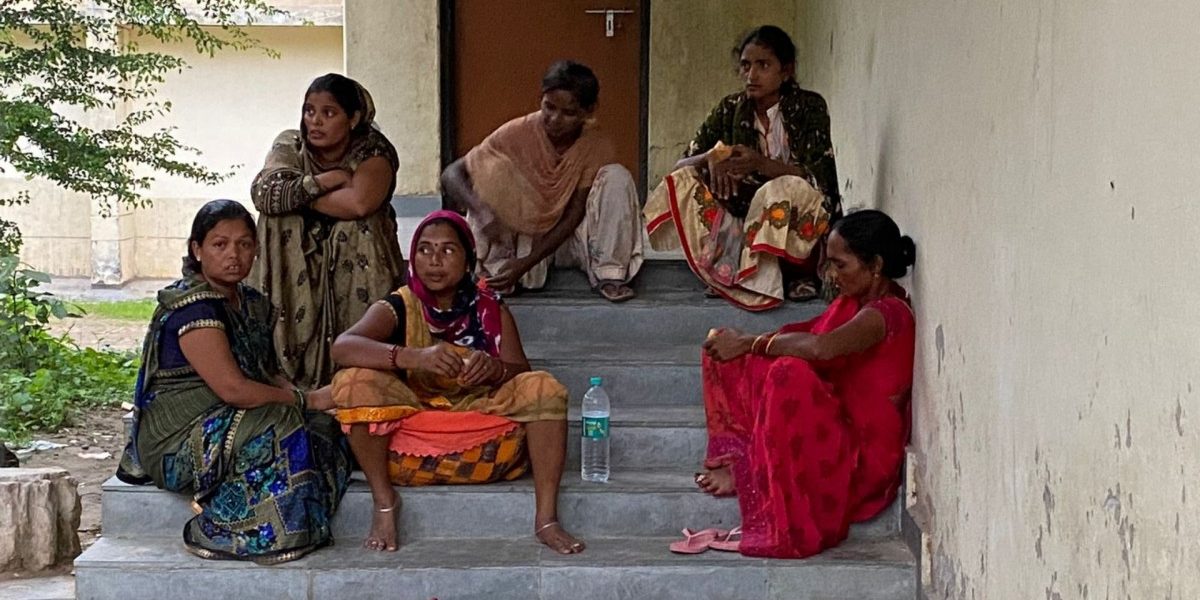 New Delhi: Six Dalit-Christian women were booked in the Maharajganj area of Azamgarh in Uttar Pradesh on July 30 on charges of forced conversion following complaints by the Vishwa Hindu Parishad (VHP).

The lawyers and family members of the women claim that a birthday party celebration is being termed as an attempt to carry out forced conversions by the Hindutva outfit for political gain.

The women – Indra Kala, Subhagi Devi, Sadhna, Savita, Anita and Sunita – were arrested from Kala’s house while they were celebrating her son’s birthday.

A complaint was registered against the women by Ashutosh Singh, block president of the VHP.

Speaking to The Wire, Singh said, “We were informed that forced conversions were taking place under the garb of a birthday party. We took the matter to the police and they arrested the women.”

“Only women were there. They were luring others with money and carrying out illicit activities,” Singh, the complainant, continued. “They had raised their hands in the air as Jesus would. They were trying to convert Harijan women. Another instance took place 12 kilometres away and we cracked down on them too. There was no such thing as a birthday party.”

Singh’s complaint alleged that the women were trying to forcibly convert women and men hailing from poor socio-economic strata. The complaint also alleged that he was threatened and abused when he tried to stop the ceremony.

The first information report (FIR) accessed by The Wire states that a case has been registered under Sections 504 and 506 of the Indian Penal Code (IPC) – which pertain to breach of peace and criminal intimidation, respectively – and Sections 3 and 5 (1) of the Uttar Pradesh Prohibition of Unlawful Conversion of Religion Act, 2021.

The law provides for imprisonment of one to five years with a minimum fine of Rs 15,000 for forced conversions, and three to ten years of jail time for the conversion of minors and women from the SC/ST community.

Following the arrest, the women were presented before a special lower court and were denied bail, given the seriousness of charges. The next hearing in the case is scheduled for August 16.

Activist Dinanath Jaiswar, who accompanied the women during the proceedings, said, “The six Dalit-Christian women continue to languish in jail. It was the birthday party of Mahendra Kumar’s son, so all known persons and friends gathered. They believe in Jesus so they decided to offer prayers prior to cutting the cake. A young man, Amit Singh, came in alleging forced conversion and the women were taken away by the police. Since it was a Sunday, the women were presented before a special chief judicial magistrate (CJM) court, however, bail was denied to the women and they were sent to jail.” 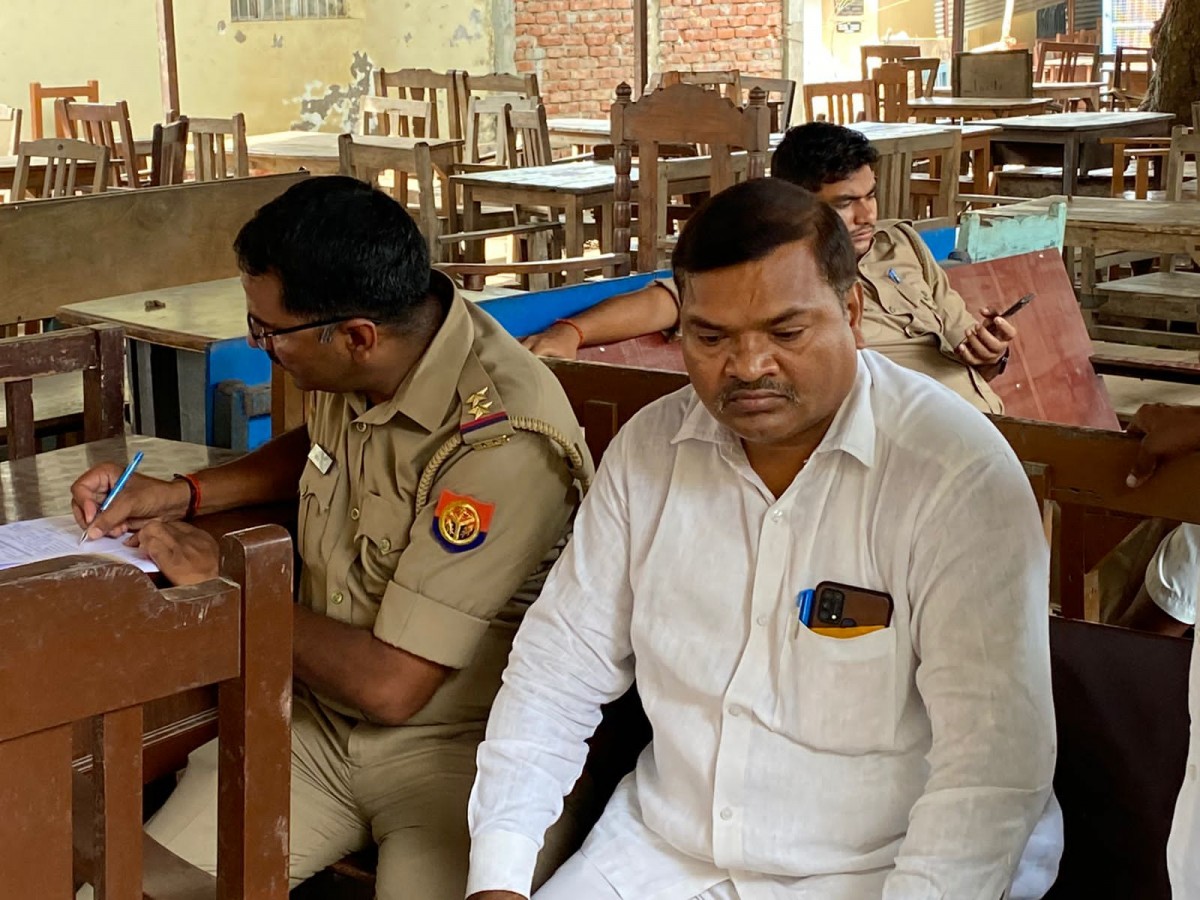 Activist Dinanath Jaiswar, who accompanied the women to the court. Photo: Special arrangement.

The lawyers representing the women have termed the charges baseless and motivated in their complaint to the police and have sought urgent relief given the dependency of the families of the women on them, and have ensured cooperation with the investigation. However, they feel that the case is not being dropped given the political pressure and the symbolism associated with the ‘anti-conversion’ law. 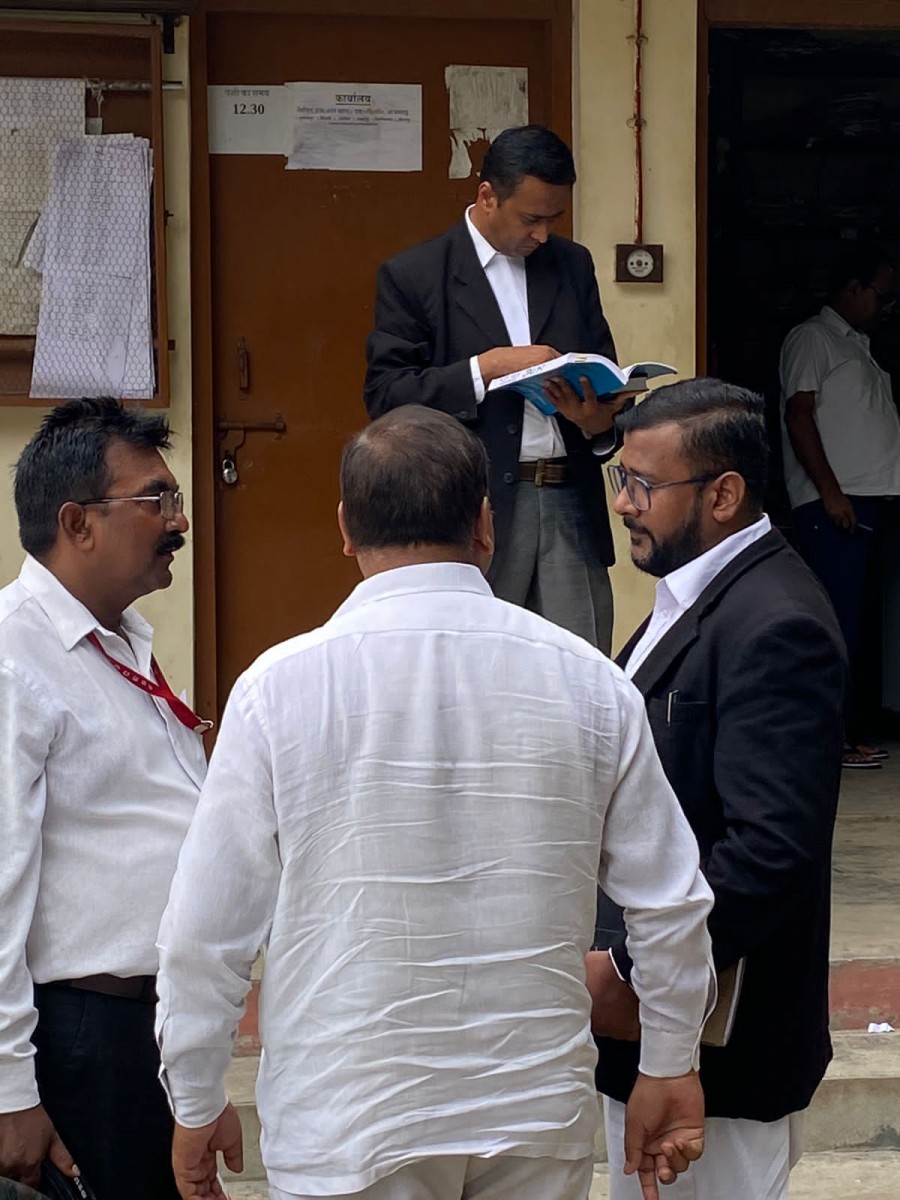 The women’s lawyers and activist Jaiswar at the court premises. Photo: Special arrangement.

Speaking to The Wire, Munish Chandra, the lawyer representing the women, said, “The ground reality is that under the garb of the allegation of forced conversions, people are being targeted by right-wing fanatic organisations being backed by the government to gain popularity or benefit politically.”

“The women were at their home celebrating a birthday. When they were praying, members of the VHP lodged a complaint against the women. They were taken to the station at 2 pm in the afternoon, however, in the police diary, it states that the women were taken in at 6 pm in the evening. We tried for their bail, however, the lower court did not have the powers to give the women the bail. We feel that it was because of political pressure that the women were not given bail,” Chandra said further.

“One of the women is handicapped, one of the women’s sons is differently-abled and the rest of their families are suffering enormously since they are all dependent on the women,” he added. 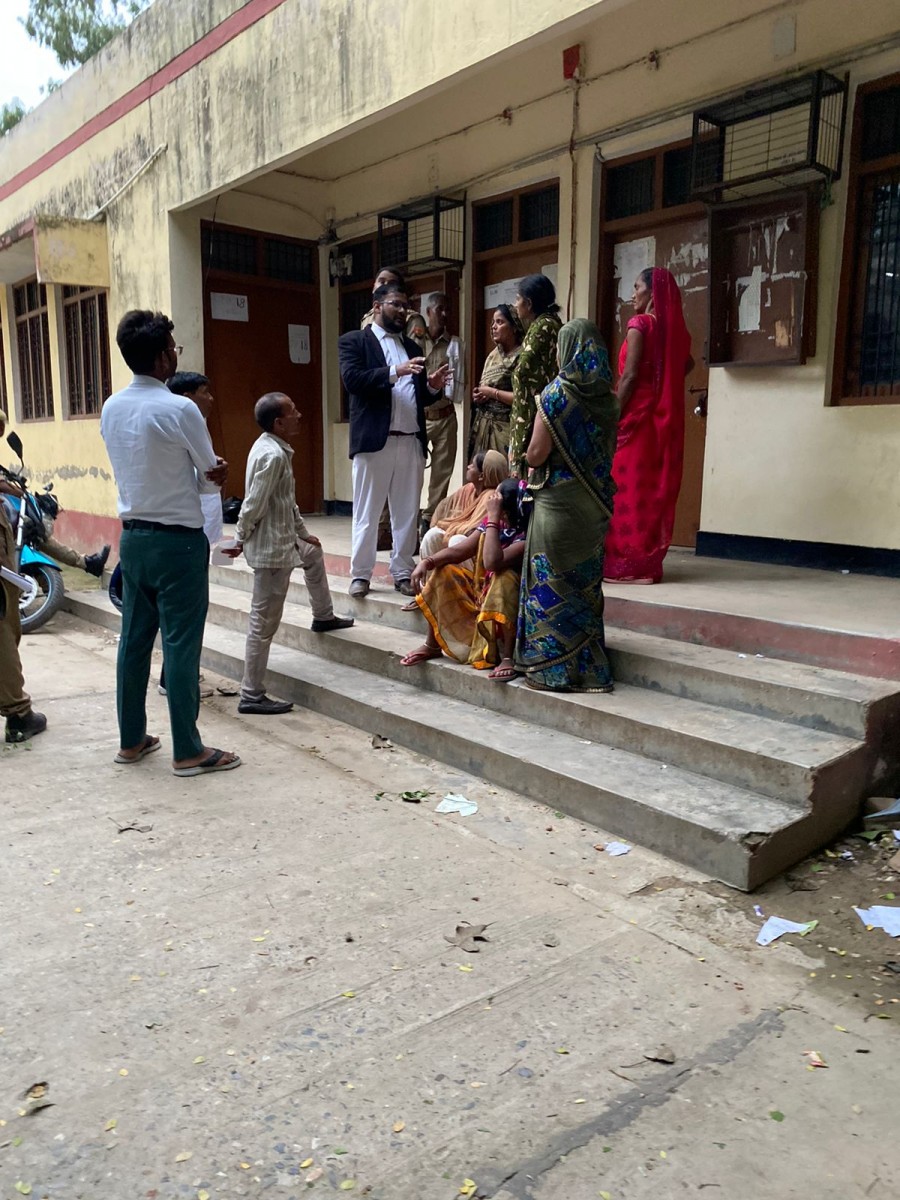 The women with their lawyers at the court. Photo: Special arrangement.

Several such arrests have been made under the ‘anti-conversion’ law.

In 2021, over 300 crimes against Christians were documented, with several pertaining to charges of forced conversions by right wing Hindutva groups. A fact-finding report highlighted that a vast majority of such attacks have taken place against Christians belonging to the Dalit and the tribal communities.

The Wire reached out to senior sub-inspector Kamalkant Verma, the officer who registered the FIR at the Maharajganj police station, but did not receive a response.