Chhattisgarh: How the Hindu Right Grabbed an Opportunity to Communalise a Local Fight

Behind the recently viral video of villagers in Sarguja pledging to boycott Muslims is a larger campaign by the RSS and Bajrang Dal. 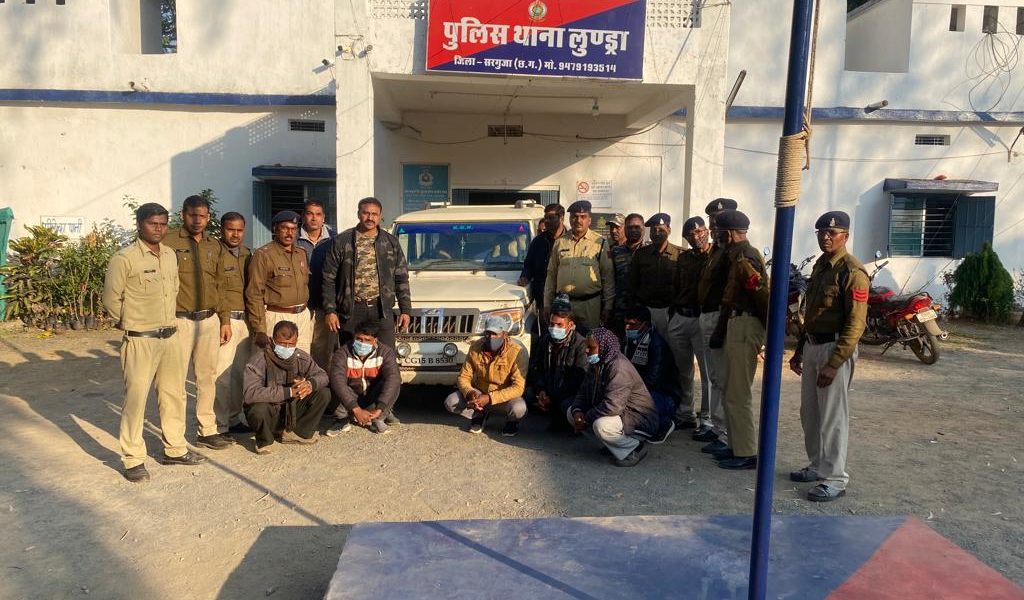 Arrested men outside the Lundra police station. They were released on bail immediately. Photo: Special arrangement

Mumbai: An undated video, purportedly recorded in Kundikala village in Lundra tehsil, Sarguja district, emerged on social media on January 5. In the video, a large crowd men and women, standing in a circle with their right hand raised, could be heard taking a pledge against Muslim traders and vendors in the region.

“We Hindus pledge to not buy or deal with Muslim vendors coming to our village. We also pledge to not sell or lease our land to any Muslim. We, the residents of Kundalika village, promise to follow this till our last breath,” the crowd could be heard repeating after a man speaking over a microphone.

The call for this boycott was allegedly taken with the consent of the village head and other panchayat members.

This video is from Surguja in Chhattisgarh where some Hindutva people are taking oath.

We Hindus will not buy goods from any Muslim shopkeeper.

We Hindus will not sell or rent our land to any Muslim.

We hindu will not work with Muslims. Is Tarah se nafrat failayi ja rahi hai pic.twitter.com/rvekkMdnGD

While the police claim to be verifying the video, it has gone viral on several social media platforms. The locals that The Wire spoke to said that the video was recorded after a fight broke out between a few villagers and some Muslim men, all in their early 20s, from the nearby Aara village. On January 1, several young men had come to Kundikala village for a picnic. The men got into a silly argument with the villagers and very soon, the matter escalated into a full-blown fight, the locals say.

The police, in a press statement, have claimed that around 10-15 men later entered the village on motorbikes and cars and beat up one Birendra Yadav. “Yadav and his family members were hurt in the scuffle,” the police statement states. Villagers say a young girl, barely 14 years old, was allegedly molested too.

The police had first arrested six men and seven others were arrested later. They were all released on bail. Amit Kamble, superintendent of Sarguja district police told The Wire that the investigation is still in the initial stage and the police are yet to ascertain if the girl child was sexually harassed. “We are in the process of recording her statement. Once the picture gets clearer, we would accordingly add appropriate sections,” Kamble said.

The incident, however, gave right-wing organisations a free hand to enter the space and communalise the matter. Degree Prasad Chouhan, who heads the Chhattisgarh unit of the People’s Union for Civil Liberties (PUCL), feels the gathering of the people and right-wing workers is not sudden. “In the past decade, ultra-right outfits like the RSS and Bajrang Dal have been very active in the region. They have been trying hard to peddle this notion that the indigenous community of the region are also Hindus and it is their dharma to hate Muslims,” Chouhan said. 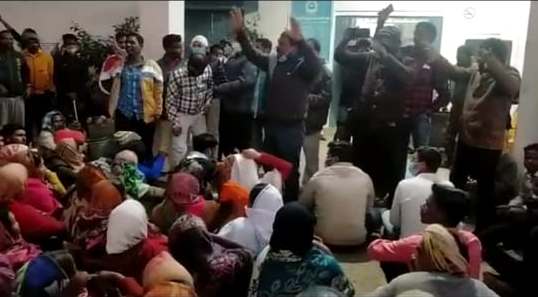 Kundikala is a small village with less than 2,000 people. Of them, close to 80% belong to the Adivasi community, nearly 3% are from the Dalit community and the rest are all from Other Backward Classes. The complainant belongs to the Yadav community, an OBC caste. The girl child who was allegedly harassed is also from the same community.

The police have not registered an FIR on the video. Kamble said, “The video is disturbing and of grave concern. But we aren’t acting in haste here. We are ascertaining its veracity before initiating any criminal action.”

Manish Soni, a reporter from the region, has a rather unpopular take on the matter. He said both the incident of Muslim men trying to intimidate the local tribals and other Bahujan communities here and the entry of the ultra-right-wing groups stems from a similar agenda: “The greed to take over the local land.” Soni said he has observed a pattern of migration in the region.

“Many outsiders, both from the Hindu and Muslim communities, have settled here over the years, married local tribal women and have slowly started usurping their land. It is corroding the Adivasi autonomy gradually,” he said.