The exclusionary principle in the Citizenship (Amendment) Act (CAA) stems not from the undeniable reality of persecution but from the erroneous belief that only Hindus are "naturally" Indian. 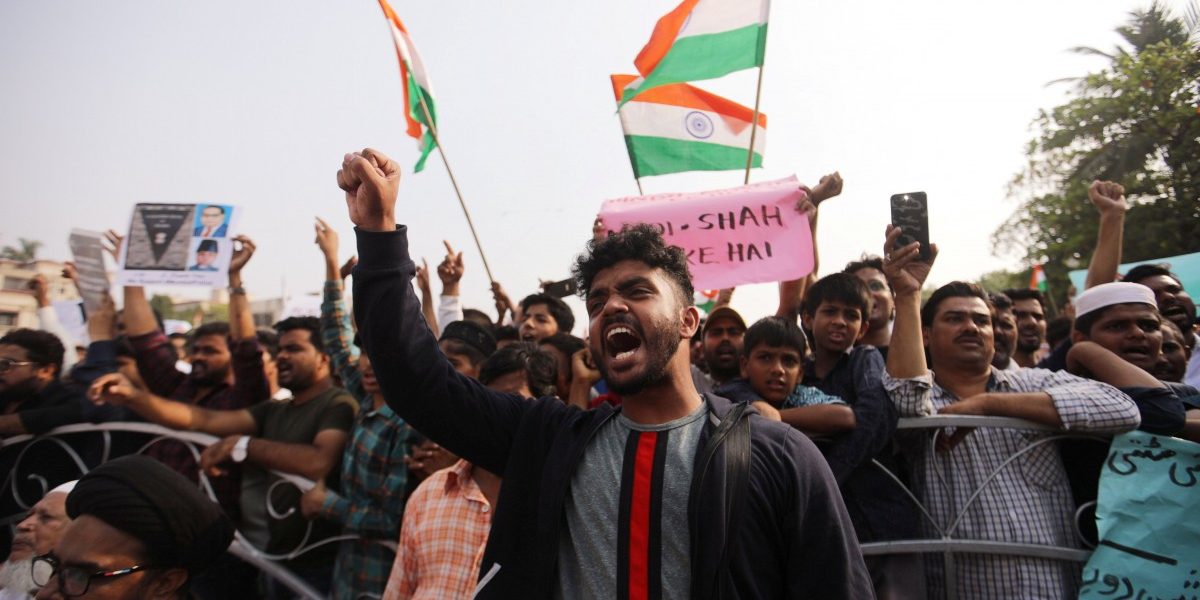 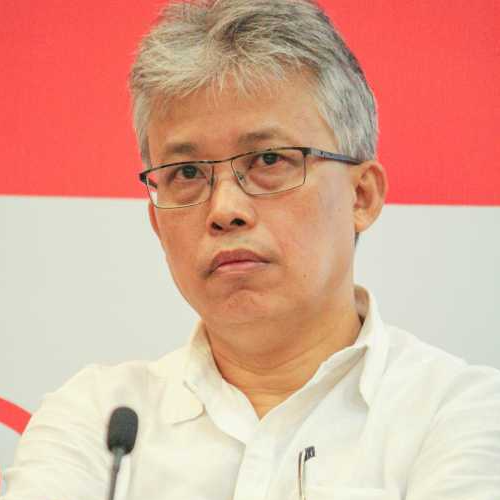 The recent amendment to the Citizenship Act is an act of ‘nation-building’ but the nation that it envisages and seeks to manufacture is not what has been constitutionally defined as the republic of India. The move seeks to (re)define citizenship to bring it in line with specific religio-cultural ideas associated with far-right ideology. That is the core issue behind the ongoing controversy over the amendment.

“If the children of Ma Bharati are persecuted, should not we give shelter… Should we see the colour of the passport of those coming, does the colour of blood (relation) not matter to us?” asked Prime Minister Narendra Modi, speaking about what was then the Citizenship (Amendment) Bill, or CAB, to an enthusiastic crowd at a BJP rally in the Silchar area of Assam’s Bengali-dominated Barak Valley on January 4, 2019. That poser sums up the idea, substance and political intent behind the CAA.

Modi’s invocation of this metaphor of “blood” (its colour and relation) while conceptualising citizenship and by extension, the nation was not new. He had resorted to the same metaphor while addressing the South Asian diaspora on many occasions.

In fact, barely a year after becoming prime minister in 2014, he had laid out his idea of India – and his place in it – based on this blood metaphor. Addressing an impressive gathering at Wembley Stadium in London in November 2015, Modi said:

This emotive invocation of a nation based on blood is organic and exclusionary in nature. And it has notorious historical precedents, most notably the Germanic variety which became a full-blown state enterprise during the Third Reich. That the organic conception of nation has a concomitant desire to “purge” those people with “impure blood” from the “body politic” of the nation is a well-documented fact. And the elimination of the “foreign body” does not necessarily begin with internment, deportation, ethnic cleansing and genocide, but with seemingly less harmful exclusionary practices.

The exclusionary principle is built into the text of the CAA. In the three neighbouring countries cited in the amendment, there are people who are persecuted because of their religious persuasion – the Ahmadiyas in Pakistan, for example, who have been declared “non-Muslims” and persecuted – yet the CAA’s authors consciously chose not to provide relief to them.

Their exclusion can only mean that it is not the idea of persecution per se that drives the CAA but the idea of an “Indian nation” that considers only people who follow certain faiths as those who have “blood relation” with “Ma Bharati”. It is precisely because Muslims are not seen by Modi and his ministers as having that “blood relation” with the “Indian nation” that the persecuted among them have been excluded from the CAA’s benefit. If this were not the case, the “colour of blood” would have ensured the inclusion of all persecuted people such as the Ahmadiyas, even if religion were to be employed as a classificatory criterion from the three countries mentioned in the amendment.

Thus, legally speaking, the amendment is a juridical move that is reminiscent, as some commentators have noted, of Germany’s Nuremberg laws that excluded people considered to be unrelated to the nation by “blood”.

Historically, the otherness of Muslims vis-à-vis such national imaginaire in South Asia is not new; it has been there since the advent of the idea of “nation” or “nation-state”, which had arrived in South Asia, as Ashis Nandy puts it, “riding piggy back” on the colonial enterprise of the western imperial powers in the 19th century. For instance, Bhudev Mukhopadhyay, a 19th century Bengali intellectual and nationalist, alluded to “Hindus” as those born of the “womb of Bharat Mata” and “Muslims” as her “adopted” children.

The recent amendment sharply highlights this distinction between the “biological” and the “adopted” children of “Ma Bharati” by refusing to give “shelter” to the latter. Interestingly, for Mukhopadhyay, Bharat Mata loves both her children, thereby meaning she does not exclude one from the other while giving her love and care. Thus, the exclusionary thrust of the recent citizenship amendment law actually goes beyond the imagination of those 19th century nationalists. This, however, does not mean that the far-right nationalist move is completely new. Its ideational moorings can be traced to the twin criteria of belonging, namely “fatherland” and “holy land”, laid down by the progenitor of the present Hindutva nationalist project, Vinayak Damodar Savarkar.

In the Hindutva view, the entitlement of (persecuted) Muslims to citizenship in terms of jus soli,  or “right of soil” – with pre-partition South Asia as a reference point – is negated by the externality of their primary “holy lands” (Mecca, Medina). Of course, the inclusion of another Abrahamic religion (Christianity) is a tactical move that serves two purposes: (a) it gives a semblance of inclusion that masks the specific exclusion of Muslims and (b) singles out Muslims more sharply by alluding to the historically rooted antagonism between the two Abrahamic religions.

Of course, this tactical inclusion does not negate the specificity of the intent and idea behind the exclusion of Muslims. For unlike Christians, Muslims are a “primary minority” – a numerically and socio-politically significant community.

Besides, the “Hindu-Muslim” question has been the central concern of the communal nationalist project in South Asia, particularly since the 1920s. Savarkar’s, and later on Jinnah’s, idea of “Hindus” and “Muslims” constituting two separate “nations” is a case in point.

The amendment and the aftermath

On the face of it, the amendment is about granting citizenship to immigrants – both legal and ‘illegal’, who are being redefined as (persecuted) “refugees” – and not about stripping the citizenship of people in the country. But the move does question the very idea of who can and cannot be a citizen of the country. In other words, the exclusionary principle of “blood relation” – which renders members of certain religious groups as “naturally” eligible to be Indian citizens while others are denied that citizenship based on their faith on grounds of being aliens – surreptitiously seeks to re-define the basis of citizenship in this country. Besides, for a country which defines itself as a “socialist, secular, and democratic republic”, the introduction of religion as a criterion of citizenship eligibility  is obviously problematic.

The allusion that by virtue of their faiths, “Hindus” are “naturally” Indians while “Muslims” are aliens is bound to take a tangible inversion if and when the National Register of Citizens (NRC) or any of its variants is drawn up. If one were to take into account the connection between the amendment and the NRC that the members of the ruling party, including Union home minister Amit Shah, have brought up on many occasions, notwithstanding the latest doublespeak and denial, the fate of those who would be identified as “foreigners” is bound to be different for different religious groups.

In short, the probability of spending an indefinite amount of time in “detention camps” shall be higher for those religions and cohorts excluded from the CAA.

Many have raised the issue of other refugees from some neighbouring countries who have been left out of the amendment (Sri Lankan Tamils). But one should not lose sight of the aforementioned historicity of the ideology that informs the amendment. It is a specific political move that invokes an ideologically rooted project involving Islam (Muslims) and “pre-partition” South Asia (as ‘Akhand Bharat’).

Hence, (Buddhist) Sri Lanka or Burma/Myanmar which was “separated” (as different from “partitioned”) from “India” are not included in this scheme. However, these exclusions underscore other dimensions of the ideology: that it can go beyond the question of religion to include language, caste and race. The restive response to the amendment from India’s Northeast is a case in point.

Thus, irrespective of whether the exclusionary element of the CAA survives judicial scrutiny in terms of “reasonable classification” and/or secularism or not, the ideological premise of the amendment and its justification is bound to have far-reaching political implication for the Indian state in the days to come.

This is the first part of A. Bimol Akoijam’s series on the links between the Citizenship Amendment Act and nation building. The second part will be published tomorrow.