The Congress responded by saying that terrorism does not have any religion. 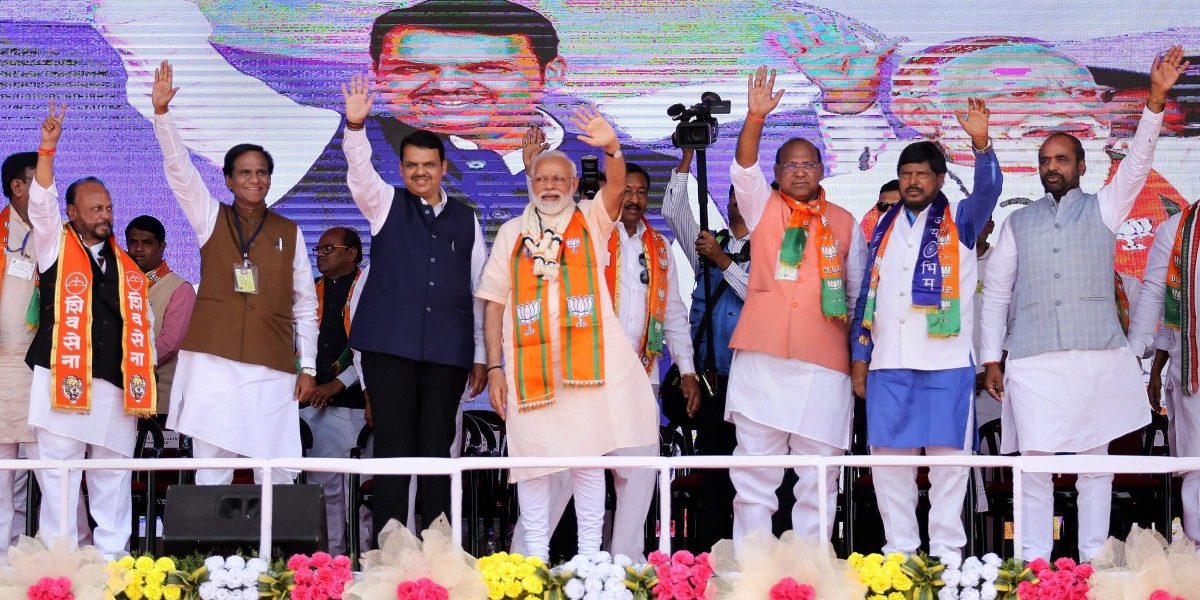 Wardha(Maha)/Paralakhemundi (Odisha): Prime Minister Narendra Modi and Bharatiya Janata Party president Amit Shah on Monday accused the Congress party of trying to defame Hindus by talking about ‘Hindu terror’, saying it is a “sin” to link peace-loving Hindus to terrorism.

The Congress hit back and accused Modi of lying, claiming that the term ‘Hindu terrorism’ was defined by his ministerial colleague, who was then a Union home secretary – an apparent reference to senior BJP leader R.K. Singh.

Terrorism does not have any religion or caste and it needs to be fought, said Congress spokesman Manish Tewari.

The Hindus have now woken up and the country has decided to “punish” the opposition party, Modi said launching the BJP-Shiv Sena alliance’s Lok Sabha poll campaign in Maharashtra at a public rally in Wardha.

The Congress is scared to field its leaders from constituencies where majority dominates in terms of voter-base, Modi said. Most thought he was referring to Congress president Rahul Gandhi deciding to enter the Lok Sabha electoral fray from a second seat in Kerala’s Wayanad in Kerala – which has a sizeable, but not far from a majority, Muslim population.

He also asked  people whether they would forgive the Congress for committing the “sin” of linking peace-loving Hindus to terrorism.

The prime minister said the Congress was very well aware now that the country has decided to ‘punish’ it.

“Some leaders are shying away from contesting polls (in the first place). Those, whom it (Congress) called terrorists, have woken up,” Modi said.

“They linked peace-loving Hindus to terrorism… they are scared now to contest election from constituency where majority population dominates…they are forced to go where majority (Hindus) are in minority,” he added.

Shah took on the Congress on the ‘Hindu terror’ tag while addressing a rally in Paralakhemundi in Gajapati district in Odisha which falls under the Berhampur Lok Sabha constituency that goes to polls in the first phase on April 11.

“Rahul (Gandhi) Baba’s party attempted to link the Hindu community with terrorism. It was a bid to defame Hindus across the world,” Shah said.

Hitting out at the Congress, the BJP chief also said all the accused, including Swami Aseemanand, were recently acquitted in the 2007 Samjhauta Express blast case.

“Unfortunately, the then Congress government compromised with national security by allowing the real culprits in the case to go scot-free. These people have no concern for national security,” Shah said.

Tewari said Modi should talk to his ministerial colleagues and he would know who has defined ‘Hindu terrorism’.

“It is unfortunate that the prime minister is trying to to speak a lie to deflect the attention from his own failures,” Tewari told a news conference in Delhi.

“As far as Congress is concerned, the Congress always believes that terrorism does not have any religion or caste and it needs to be fought.”