M.P. Renukacharya, the political secretary to the Karnataka chief minister, 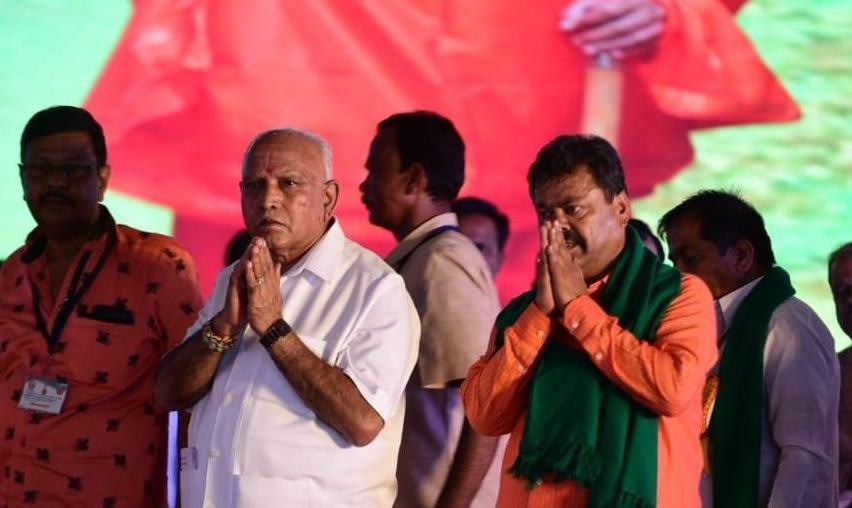 New Delhi: Karnataka Bharatiya Janata Party MLA M.P. Renukacharya, who is serving the political secretary to chief minister B.S. Yeddiyurappa, has said that people who returned from the Tablighi Jamaat event in Delhi identified as a coronavirus hotspot but not seeking treatment should be shot dead.

Spreading COVID-19 is “like terrorism”, Renukacharya said according to Deccan Herald, “all those who are spreading the virus are traitors”.

“… one thing is true, some of those who had been to (the) congregation at Nizamuddin, despite appeal made by Prime Minister Narendra Modi and (Delhi) Chief Minister Arvind Kejriwal, are purposely evading citing religious reasons,” he continued. “… those who attended the congregation and have not come out for treatment and escaped, government should not protect them… it is not wrong to shoot them with a bullet.”

Renukacharya also reportedly said he was not calling all Muslims “anti-national” or blaming all minorities for COVID-19, but his entire tirade was aimed at the Jamaat.

Leaders have been asking right-wing supporters not to communalise disease

The MLA’s remark came just a day after the Karnataka chief minister had said he would take action against those who try to blame an entire community for one incident. “Nobody should speak a word against Muslims. This is a warning. If anyone blames the entire Muslim community for some isolated incident, I’ll take action against them also without a second thought. Will not allow that to happen,” he had said.

As The Wire has reported before, cross the country, several right-wing groups and leaders have used the fact that an Islamic event is one of the COVID-19 hotspots to try and communalise the disease. TV channels too have joined this campaign, and presented the news in a manner that vilifies Muslims.

Also read: Nizamuddin, the Newest Chapter in the Assamese Distrust of the ‘Miya’

As a response, the Rashtriya Swayamsevak Sangh had said that the Tablighi Jamaat does not stand for all Muslims, and others are aiding the government in the fight against COVID-19. “Even in the Muslim community, many people have acted responsibly. But unfortunately, one section of the community is not responsible. They are being insensitive and perverse,” RSS leader Manmohan Vaidya told the media.

BJP national president J.P. Nadda too expressed a sentiment, asking party leaders not to give the disease a communal twist. “There was already a direction that we have a great responsibility of leading the nation. The virus and the disease have made everyone vulnerable across the world, of all faiths, no one should issue any statements or remarks that are provocative,” a party leader told the Indian Express, quoting Nadda.

“This was reiterated when the Tablighi issue came up. There is a directive that no one should make it a communal issue. Only leaders of the minority community can comment on that if they wish to. We have to be united in our fight against the virus,” the leader continued.

However, as Renukacharya’s comment and other instances have shown, not all Sangh parivar members, BJP leaders and media houses are following the leadership’s directions.

FIRs against foreigners who attended event

In Bengaluru, the police registered FIRs against 19 foreigners from Indonesia and Kyrgyzstan who attended the Tablighi Jamaat event for violation visa norms. The FIRs have been filed under the Foreigners Act.

They had reportedly come to India on tourist visas, but then went to a religious event. A police officer told Deccan Herald that the police had submitted a report to the court asking for the 19 people to be deported. They are currently under quarantine at Haj Bhavan in Saraipalya.