That aged women without any formal education to speak of have been able to meet the propaganda of the Hindutva rightwing with regard to the Citizenship (Amendment) Act has astounded the BJP and its leaders. 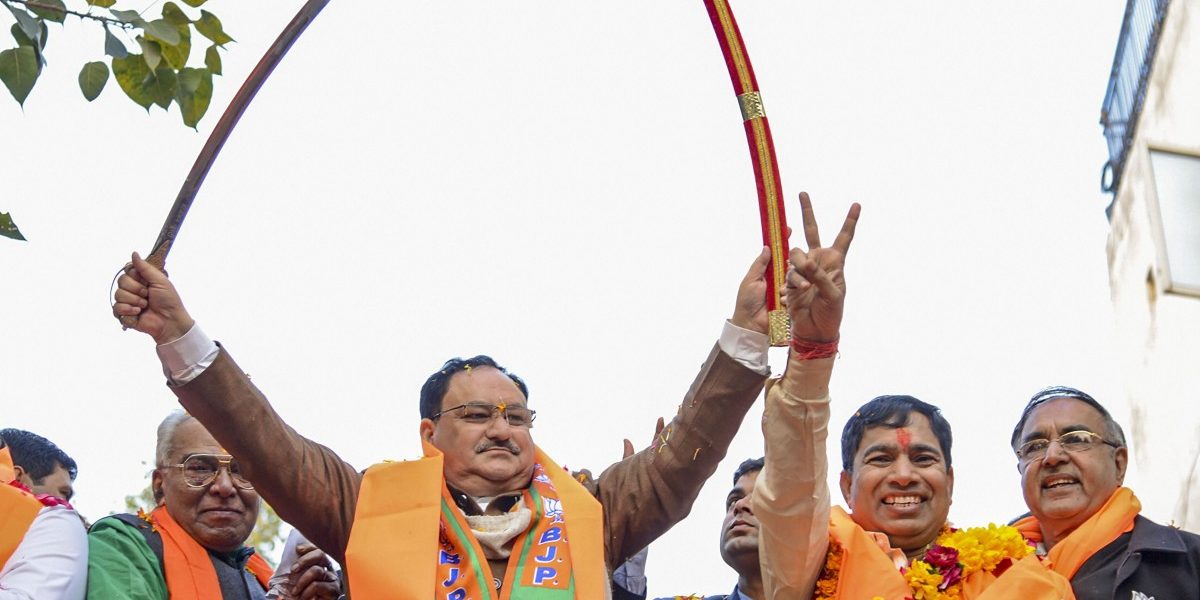 Desperately lacking either a record of performance in the Municipal Corporation of Delhi, or any credible critique of the Aam Aadmi Party’s body of concrete accomplishments, the Bharatiya Janata Party has chosen to do what it does best –construct an enemy and go all out against it.

In this, of course, its genius remains unmatched.

After weeks of befuddlement, the BJP’s satraps and top brass equally have launched an attack of unprecedented ferocity against the one visible symbol of peaceful but resolute defiance that has for more than a month stood as a baffling rebuke to the overreach of the government, namely, the grannies of Shaheen Bagh.

Unwilling to risk using strong-arm tactics against the sit-in at Shaheen Bagh led relentlessly by women, the ruling party has now thought it best to resort to slander every which way it knows how.

A rising crescendo of calumny against the Shaheen Bagh protest has been on view. A BJP member of parliament has cautioned that the crowd at Shaheen Bagh will enter people’s homes, rape women and then kill them off. A minister has characterised the protesteos as “traitors” and publicly incited crowds to “shoot” them. The honourable home minister has exhorted voters in the coming Delhi polls to press the ruling party button with so much vigour that the “current” is felt in Shaheen Bagh. And now the prime minister himself has insinuated publicly that the Shaheen Bagh protest is not a demonstration but a “conspiracy” of dubious intent. No need to guess what is suggested. Indeed, one sometimes wonders how helpless the politics of the Hindutva rightwing would be had there been no Pakistan to fall back upon.

What has been both baffling and galling to the ruling dispensation is the fact that the predominantly Muslim women at Shaheen Bagh have chosen to foreground the national flag and constitution, thus projecting their protest as a patriotic, inclusive, and secular event rather than one seeking to merely shore up minority fears and concerns.

That aged women without any formal education to speak of have been able to meet the propaganda of the Hindutva rightwing with regard to the Citizenship (Amendment) Act has astounded the BJP and its leaders.

Shaheen Bagh protestors have successfully communicated the reality that the grievous thing about the CAA is that it seeks to make religion a basis for grant of citizenship for the first time in India’s constitutional history. And in pointedly excluding just one religion, the legislation does in effect snatch that benefaction from members of just one religious community who might be as “persecuted” in the designated countries as any of the others. And in leaving out persecuted Christians in Bhutan and Hindus and Muslims equally in Sri Lanka and Myanmar, or the Madhesi Hindus of Indian extraction in Nepal, the government of the day clearly suggests that only “Muslim” majority states can be persecutors, not Buddhist or Hindu dominated ones.

What could be a greater and more vicious stigmatisation of a community – something India’s secular and non-discriminatory constitution prohibits. Nor is it rocket science to imagine how such a legislation then impacts the collective psyche of India’s Muslims who, incidentally, may be a minority in India but outnumber Muslims in all three designated countries, namely Pakistan, Bangladesh and Afghanistan. There is also a canny understanding that what the ruling dispensation seeks to do is menacingly related to the history of the partition of India – a memory they seek to keep evergreen.

Most political parties in the opposition have thought it best to keep a distance from the protest at Shaheen Bagh, and indeed from Shaheen Baghs all over the country. This has been as desirable as it has been unfortunate. Unfortunate in the sense that most of these parties seem in mortal fear of being branded as Muslim “appeasers” should they take up a cause led pre-eminently by Muslim women at Shaheen Bagh. The continuing failure of the opposition remains its pusillanimity in squarely identifying the pandering to a majoritarian “sentiment” as the more lethal instance of appeasement – one that bids fair to alter the character of the constitutional state itself.

But the absence of the opposition has been a blessing disguise: their place has been taken by India’s young. That the youth have been at the vanguard of the current protests has frustrated the ruling party no end, since it is far from easy to dub such a constituency as driven by motives of ‘vote bank politics’.

Had the Election Commission been more willing to recognise the threat posed by the statements of BJP leaders in open defiance of electoral rules and constitutional principles, some drastic actions might have ensued. But given what we know, not much may be looked for in those quarters. All of which makes the Delhi elections a test of how far popular opinion and social taste may or may not have moved over the last five years of Modi’s rule.

Will the hate-filled, polarising communal blitzkrieg unleashed by the BJP wash out from the electoral mind all considerations of actual performance, as it did in the last Lok Sabha elections after Pulwama, or will the electorate hold fast to facts on the ground?