Hindu villagers deny claims that the murder of a Hindu boy took place in a mosque or was caused by a Hindu-Muslim fight, and the DIG police alleges the stories were published to create tension in the region. 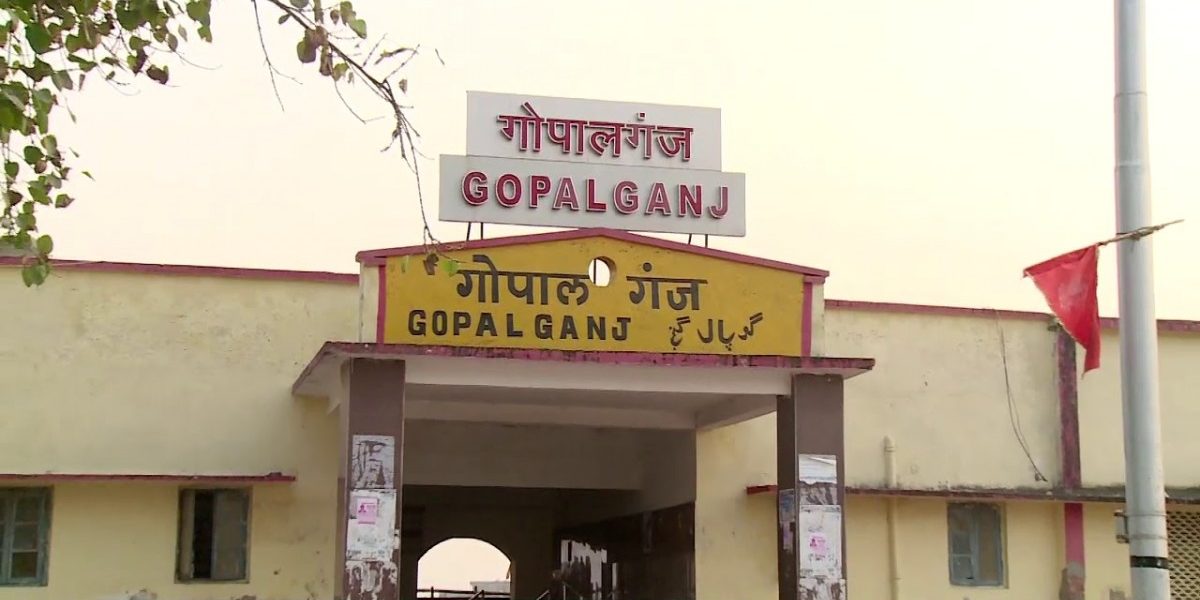 New Delhi: The Bihar police have registered a case against two rightwing websites OpIndia and KhabarTak, accusing them of creating communal tension in the region.

The two websites had alleged that the murder of a Hindu boy in Gopalganj district of Bihar on March 28, 2020, had had communal intent.

District superintendent of police (SP) Manoj Kumar Tiwary told The Wire on May 14, 2020, that the case against the two websites has been registered under section 295 A (deliberate and malicious acts, intended to outrage religious feelings of any class by insulting its religion or religious beliefs) of the Indian Penal Code (IPC). The police have also added section 67 of the IT (Information Technology) Act, which actually pertains to ‘obscenity’, but which the police routinely invoke for IT-related offences.

On May 10, OpIndia had published a report in English headlined ‘Hindu family leaves Gopalganj district in Bihar due to fear, claims their minor son was sacrificed to make a local Mosque ‘powerful.’ The report alleged that Rohit Jaiswal, a minor Hindu boy from Bela Dih village of Kateya in Gopalganj, had been taken to a mosque and killed. According to this report, the boy’s body was then thrown into a nearby river and when his family went to the police station with a complaint, they were brutally beaten up by the police.

The website also claimed that “the conditions became so hostile that the family was compelled to leave the village and relocate to somewhere in Uttar Pradesh. Due to the safety of the victim’s family, the information about their latest location cannot be revealed.”

While there is only one report in OpIndia in the English language, the website’s allegations have been published at least six times in Hindi between May 9 and 14, with sensational and communally charged headings. Meanwhile, KhabarTak published two stories with the same allegations.

The police, however, have denied all the allegations made by OpIndia, KhabarTak and other media outlets such as Sudarshan TV. According to a report published in Dainik Bhaskar on May 14, Deputy Inspector General of Police (DIG) Saran range, Vijay Kumar Verma visited the village on Wednesday, May 13, with a team from the CID which is now handling the investigation.

Verma told the Hindi daily that the initial investigation had made it clear that the minor had not been killed in a mosque and that news stories which make that claim are misleading and have been published to create communal tension in the area.

Rajesh Gupta, Rohit’s father, told The Wire he was not sure why his son was killed. 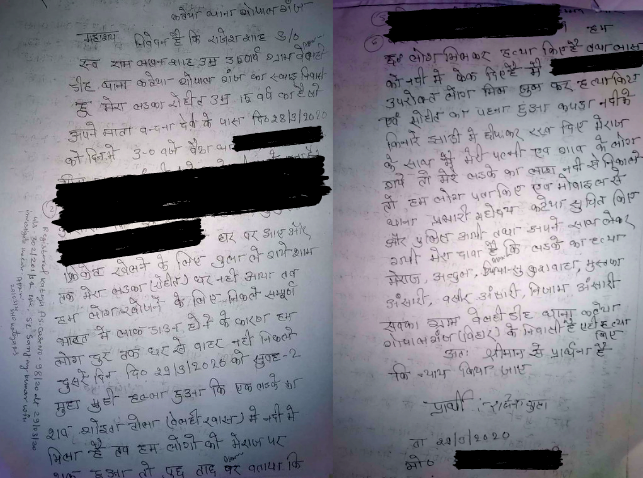 The complaint letter. The names of the minor accused have been redacted.

In his complaint to the local police dated March 29, he said: “On March 28, at 3 pm my son (Rohit) was sitting near his mother when four boys – three Muslims and one Hindu – came inviting him to play cricket and he went along with them. When my son did not return by evening we started searching for him.”

Gupta continued: “Due to [the] nationwide lockdown we could not go far in search of him. On March 29 morning, the news spread in the area that a boy’s dead body has been found in Goyeta Tolia’s river, then I got suspicious of Muslim boy (sic).”

He claimed in the complaint letter that when he asked the Muslim boy about what happened, he accepted that he and five other boys had killed Rohit and thrown his body in the river.

Gupta also said in his complaint: “I am sure that my son has been killed by these boys (five Muslims and one Hindu).”

However, he told The Wire, contrary to OpIndia and Khabar Tak’s claims, there is no mention of any mosque or sacrifice in his complaint, nor did he speculate on why Rohit was killed.

According to the postmortem report, Rohit’s loss of life is due to “death by drowning” and there is also mention of bleeding from the nose and mouth. Acting upon Gupta’s written complaint, a case was registered on March 29 by the local police under sections 302 (Murder), 201 (Causing disappearance of evidence of offence, or giving false information to screen offender) and 34 (Acts done by several persons in furtherance of common intention) of the IPC. There are six people named in the FIR, five Muslims and one Hindu, all minors.

According to the police, the matter is being investigated by the CID and the accused have been sent to a remand home.

Speaking to The Wire over the phone from Deoria, Gupta said, “My son has not died due to drowning but he has been killed and Muslim boys are involved in it.”

However, he continued, “I have not said that he was killed in a masjid or why he was killed. Yes, it is a fact that those who killed my son are Muslims. That’s all I want to say.” 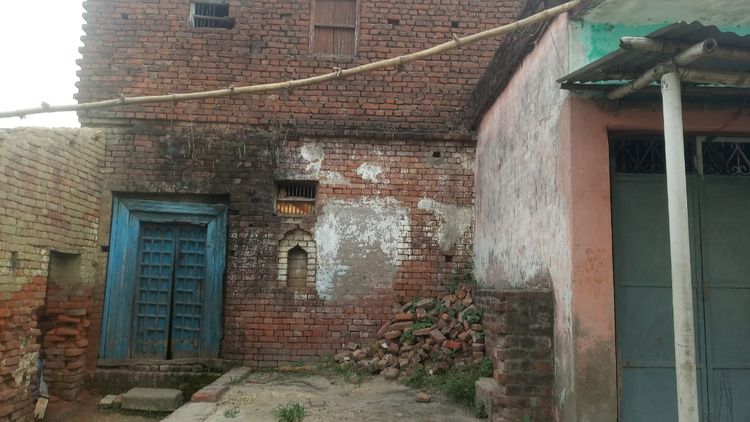 The Jaiswals’ house in Gopalganj.

Gupta is currently staying at his in-laws’ place in Deoria (Uttar Pradesh), which is just five kilometres from his house in Gopalganj, Bihar. He alleged that he had to leave the village after he was threatened and no proper action was taken by the police. “Moreover, two persons, namely Afzal Ansari and Sageer Ansari, who are relatives of the accused, threatened me and forced me to take the case back,” said Gupta.

Gupta’s claims have been projected on social media in sentences such as “Hindus are forced to flee the village.” But the villagers of Bela Dih say this is fake news.

Parddyuman Rai, a villager, said, “It is totally wrong to say that Hindus are leaving the village due to fear created by Muslims.” Another villager, Vinod Gupta, said, “It is a fact that a minor has been killed and it is a criminal act. The police will investigate it. But the claim that the murder had a Hindu-Muslim angle or the boy was sacrificed in a mosque is just rumour.”

Gupta has also alleged that the station house officer of Kateya police station, Ashwini Kumar Tiwari, misbehaved with him and his wife.

The Wire tried to contact Tiwari, but he could not be reached. This story will be updated when he responds. However, DIG Verma said that the SP is investigating the matter and action will be taken after the report is submitted.