Bihar: Dalit Christian Boy Who Allegedly Had Acid Thrown on Him Dies in Hospital

While local police allege that the boy died by self-immolation, the doctor treating him stated that his burns seemed to be caused by acid or a similar chemical. 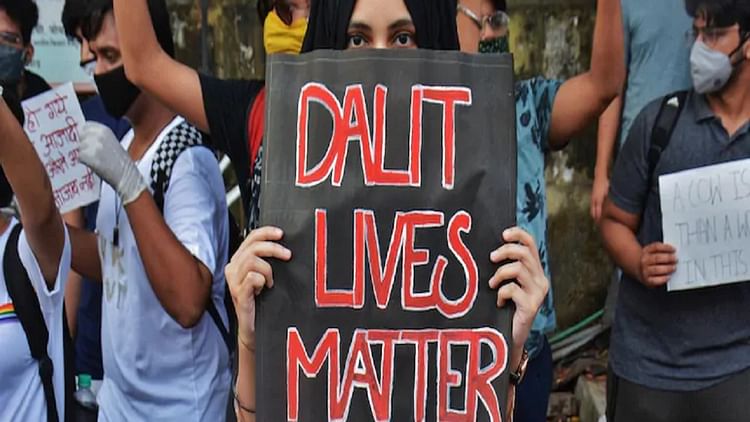 New Delhi: A 14-year-old Dalit Christian boy, who allegedly had acid thrown upon him in Bihar’s Gaya district in August, succumbed to his injuries on September 26, the Telegraph reported.

While police claim that the boy, Nitish Kumar, died by self-immolation due to a familial dispute, the victim’s family allege that he had acid thrown upon him by a group of men on a motorcycle, on account of the family’s faith.

Vakil Ravidas, the boy’s father, is a rickshaw puller who converted to Christianity five years ago. Speaking to the Telegraph, members of the family said that they were threatened by locals – including some who appeared to be “Hindutva activists” – and warned against going to church. The police had refused to register a case against these men.

The family had refused to speak to the press after the alleged incident had taken place on August 11 and only submitted their account to the newspaper after his death on Sunday.

The station house officer (SHO) of Makhar said that the police conducted enquiries and found that the boy had set himself on fire after one of his brothers forcibly cut his hair. The victim’s eldest brother, Rajeev Kumar disputed this, reiterating that some men threw acid on him. Rajeev also noted that the police were “not helpful” when the family went to the station to register an FIR.

According to Sanjeet, another of the victim’s older brothers, Nitish had gone to buy vegetables on August 11 when the event took place, following which he rushed home, screaming.

After a local doctor provided Nitish with first aid, he was taken to Apollo Burns Hospital in Patna on August 12. The hospital is 100 km from the family’s residence in Kamta Nagar village.

Dr Kamod Narayan Tiwari, owner of Apollo hospital, noted that 70% of Nitish’s body was covered in burns when he was admitted, on his hands, back, parts of his chest and legs. Importantly, Tiwary noted that these burns “seemed to have been caused by acid or a similar chemical” and that Nitish had told him how some people had thrown acid on him.

According to Tiwari, local police from the Agamkuan station in Patna came to the hospital after they were informed of Nitish’s death, but “did not want to get involved in the case”. The hospital asked the family to give a declaration that they did not want to register a case and the body was released thereafter.

In cases such as this, where accidents or unnatural circumstances surround a death, it is the responsibility of a hospital to conduct a post-mortem. Moreover, the family is free to approach the police or any court despite any submissions made to the hospital.

Agamkuan SHO Abhijeet noted that the police did not receive any information from the hospital, going on to say, “In any case, the hospital did not give us anything in writing.”

Family members and locals alike told the Telegraph that threats made to them on the basis of their faith had increased in recent months.

Rajeev stated that locals had told the family not to attend church or even pray at home. He also said that in July, threats went around the locality that all Christians would be driven out. In December, all roads to the local Church had been blocked, he added.

A local Christian, on the condition of anonymity, told the Telegraph that the people who threatened Nitish’s family often sported “saffron gamchas, turbans and kurtas”. He expressed that Christians are being threatened in Gaya and neighbouring districts as well but they are too afraid to approach the police because their lives and livelihoods are in the area.

Nitish was taken home and buried on Sunday afternoon.