As an eyewitness in the special CBI court, it is impossible to digest the falsehoods systematically built up by the defence. 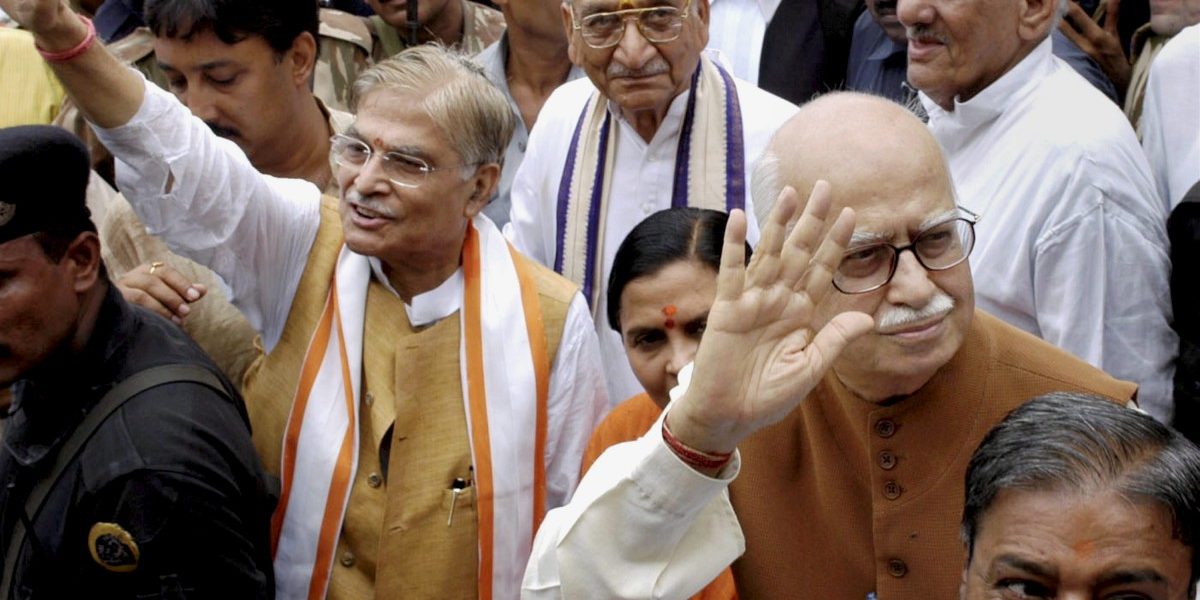 In this file photo, dated July 2005, is seen senior BJP leaders LK Advani, MM Joshi and Uma Bharti in Raebareli. Advani, Joshi and Bharti, accused in Babri mosque demolition case, have been acquitted by the special CBI court after the pronouncement of its judgment in the case, on Wednesday, September 30, 2020. Photo: PTI

Note: This article was originally published on October 1, 2020 and is being republished on December 6, 2020 – 28 years since the mosque was demolished.

As someone who not only tracked the Ayodhya developments right from the early 1980s, but was in the thick of things in Ayodhya on that dark Sunday of December 6, 1992 , it is very hard to accept the Central Bureau of Investigation special court’s verdict. The court has handed a clean chit to the 32 people accused of criminal conspiracy for the demolition of the 16th-century Babri Masjid .

Only a wilfully blind person could be convinced that there was no conspiracy and that the mosque was razed by an impulsive, angry mob comprising anti-social elements, believed to have snuck into the ancient temple town under the garb of kar sewaks. And it would require a wilfully deaf person to accept the court’s theory that the top Bharatiya Janata Party and Vishwa Hindu Parishad leaders, present at the hotspot on that fateful day, actually tried to save the mosque, rather than incite anyone.

For those like myself, who watched the events of the day from very close quarters and were among the key eyewitnesses in the trial by the special court, it is certainly impossible to digest the falsehoods systematically built up by the defence. In retrospect today, it seems that that my deposition and cross-examination, which went on for 14 days before the two then separate special courts in Rae Bareli and Lucknow, was a futile exercise. Many other witnesses like me are probably feeling the same way.

The announcements made on the public address system from the spot where top BJP and VHP leaders were seated, to watch what was happening in the Babri Masjid quadrangle, still continue to echo in my ears. It was completely clear that each word uttered from there had definitive bearings on what followed – the demolition.

“Yeh dhancha (read Babri Masjid) ab girne wala hai; aap logon se anurodh hai ki gumbaz se neeche utar aayen (This structure is about to fall; those atop the domes are requested to come down),” was the call repeated on the PA system from the spot across the mosque where L.K. Advani, Murli Manohar Joshi, Uma Bharti and their likes were seen happily perched on specially arranged chairs.

While the microphone was used more for raising provocative slogans to build the fervour against the mosque, this particular announcement urging people to climb down from the domes was also made in different Indian languages, perhaps for the benefit of kar sewaks drawn from different states.

It’s impossible to view this announcement as an effort to protect the mosque – yet the special court’s judgement seems to have accomplished the impossible. It is more than obvious that such a call could come only from those who were aware that the demolition was to follow.

For those who were witness to the minute-to-minute flow of events, the structure was brought down by apparently trained persons who carried out their mission in an orchestrated manner. Even I saw – and explicitly deposed told the court about – how a band of men got down to use sharp iron implements to dig into both sides of the main supporting walls of the mosque at the plinth level, until they succeeded in narrowing down the nearly 2.5 feet thick walls to less than a foot. After that, they dug two holes through which thick ropes were hung and thousands of kar sewaks hovering around were asked to pull at the two ends of the rope, following which the narrowed and weakened walls naturally gave in, bringing down each dome with a thud.

All evidence gathered by the country’s premier investigation agency – CBI – has been rendered insufficient or weak by the court. And that was good enough reason for the court to not convict anyone. Top BJP leaders and their comrades-in-arms from the VHP and other hardline Hindutva bodies have been merrily absolved of all charges, simply because the video and audio clips furnished by CBI as the most incriminating evidence against them appeared to be either doctored or fabricated.

At the end of a long trial, each of the 32 living accused persons were given a clean chit. Seventeen other accused died during the 28 years since the demolition.

Strangely, special court judge Surendra Kumar Yadav did not even care to take note of the specific remarks made by the five-judge Supreme Court bench that gave the final verdict in favour of the Ram temple in November 2019, in the Ayodhya title dispute case. The country’s apex court had termed the demolition of the mosque as a “calculated act”, which clearly implies some kind of conspiracy.

The bench, headed by then Chief Justice of India Ranjan Gogoi, had pointedly observed, “the entire structure of the mosque was brought down in a calculated act of destroying a place of public worship.” It went on to add, “Muslims have been wrongly deprived of a mosque which had been constructed well over 450 years ago.”

A similar sentiment was expressed in the report of the Justice Liberhan Commission, set up by the then P.V. Narasimha Rao government within days of the demolition. “The demolition was orchestrated,” stated Justice M.S. Liberhan, who took 17 long years to complete his findings.

But none of this seems to have had any bearing on the special court headed by Judge Yadav. Thanks to the Supreme Court, Yadav even got two extensions in service after he superannuated in September 2019. The idea was to maintain continuity in the case. Perhaps it is sheer coincidence that Justice Ranjan Gogoi retired as Chief Justice of India shortly after the temple verdict in November 2019.

If today’s verdict is to be accepted, then one would have to believe that unlike any other crime, the demolition was neither an act of commission nor omission. Yet, the mosque was razed to the ground.

Sharat Pradhan is a Lucknow-based journalist and writer, and served as an eyewitness in the Babri Masjid demolition case.