Lost in the pious atmosphere of calls for ‘closure’ is any attempt to reach out, or even understand, the deep-rooted pain of millions of Indians whose lives were destroyed when L.K. Advani took out his rath yatra. 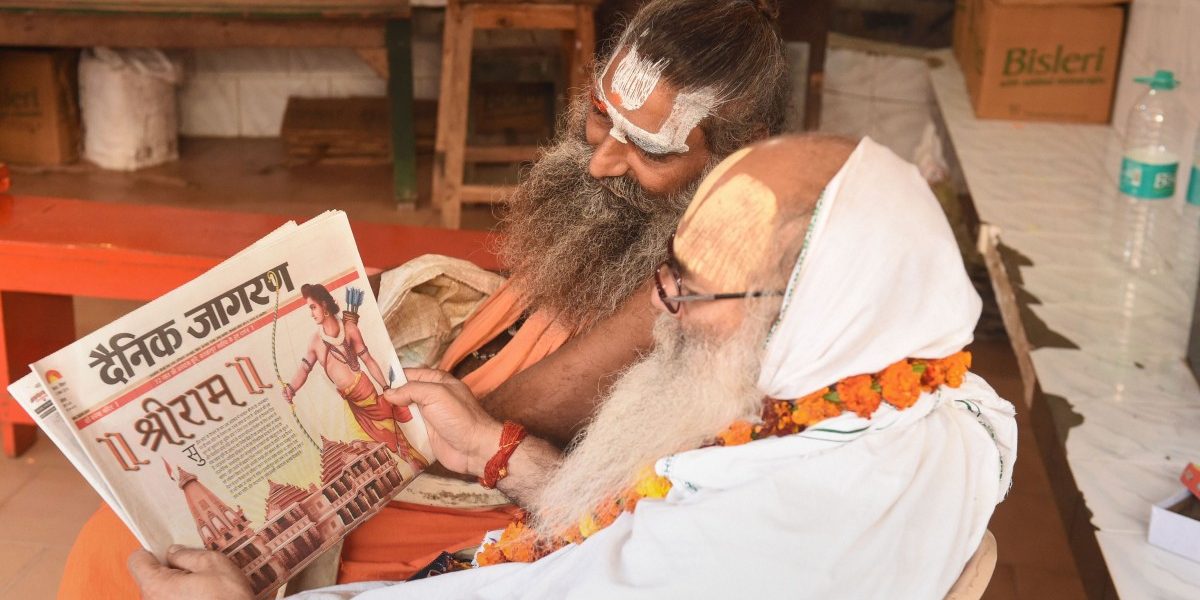 Immediately after the Supreme Court’s verdict in the Ayodhya title dispute case was announced, social media was abuzz with instant comments about now being the time to move on: the time for closure, national healing and so on. We must all accept the unanimous judgement and put the past behind us. So-called liberals were at the forefront, pushing this line. Political parties too were subdued in their reactions, with the Congress going one step forward and saying that it welcomed the verdict, while appealing for peace.

The official tone of the Bharatiya Janata Party, too, was conciliatory. The faithful did their bit to sound triumphalist, but with no less than the prime minister lauding the wisdom of the courts, and ticking off phrases ‘syncretic culture’ and ‘unity in diversity’, the trolling slowed down. It appeared that there was consensus among the Left, Right and Centre that this was a time not to gloat, but to come together. It was a virtual national group hug.

Very heartwarming, except let us consider an alternative scenario – the judges announce that the claim of the Hindu groups is untenable and the site should be given back, in toto, to the Muslim respondents. Or, their lordships go by the precedent of the Allahabad high court, farming out land in a one-third, two-third ratio to the two sides, to build a temple and a mosque.

Would there be so much generosity on display? Would we have heard so many expressions of piety and conciliation? Would leaders of the BJP, or indeed from any other party, be so robust in welcoming the judgement and praising the judges for their sagacity? Even this verdict has been followed by a clampdown on the internet in some places and strong police bandobast in Mumbai, where the memory of the 1992-93 riots in the aftermath of the Babri Masjid demolition still hurts – imagine the state’s reaction if the verdict had gone to ‘the other side’. The resolution of the case has been a satisfying one for the ‘Hindus’; it’s not surprising, then, that they can feel big-hearted.

This is not idle speculation – it is, unfortunately, a reflection of a very harsh reality in India. ‘National reconciliation’ or indeed closure happens only when the demands of the majority are fully satisfied. It is a gesture on the part of the majority community in the spirit of generosity towards everyone else, the B- and C-grade citizenry. It is a gift to be handed out, after a brutal lesson has been taught about the hierarchy of citizenship, and even while millions of people are being converted into non-persons.

You’ve got five acres, haven’t you? The courts have called the demolition an illegal act, haven’t they? The criminal trial against the perpetrators is still going on, isn’t it? Then why the complaints?

Lost in the pious atmosphere of calls for ‘closure’ is any attempt to reach out, or even understand, the deep-rooted pain of millions of Indians whose lives were destroyed when L.K. Advani took out his rath yatra. That Yatra of Blood began a chain of events that has brought us to this pass – and it is not even the end of the road yet. Advani, then a warrior, now reduced to a mere margadarshak put out to pasture, wanted not to bring down the mosque but to demolish the superstructure on which modern India stood.

He could not achieve that, but his disciple, after nudging him out of the way, has succeeded beyond all expectations. With a cold, steely resolve, Narendra Modi wants to change India for all time and he has the support of millions of people and, as it turns out, institutions too.

For the moment, however, let us take him at face value, despite all our past experience. Modi is known for taking the high road – as we saw during the run-up to the 2014 elections when the focus was on the economy – and then making a sharp turn towards nasty rhetoric in election campaigns. The many elections to come will show if he still sticks to the ‘syncretic culture’ line or reverts to form. But that’s some time away.

The RSS chief has expressed satisfaction with the verdict and said it should not be seen as a victory or loss for anyone. The Vishwa Hindu Parishad, sounding different from its past self, when it had demanded that the mosques at Kashi and Mathura too should be demolished, says that agenda is of the past. All of this sounds very encouraging.

Yet, there is room for not just skepticism but worry. These are organisations with a clear agenda and a determination to forge ahead to fulfil that goal. They have a vision of an India in mind and they will move systematically – and if necessary, ruthlessly – towards it. The National Register of Citizens, the Citizenship Amendment Bill, the Uniform Civil Code and much more are steps towards reaching that destination. The RSS and BJP have never been comfortable with several constitutional provisions – the emphasis on secularism is certainly part of what leads to that antipathy. Some measures, like the Ayodhya case, go back decades, others will happen with a clinical swiftness.

Real healing happens when there is not just resolution, but also reconciliation and restitution. Neither have been much mentioned. The absence of triumphalism is not a sign that all is over. It is a lull in the proceedings, a time to catch breath. The country is still trying to understand the full implications of what this will mean. As for the minorities, they will process the verdict in their own minds, and try to come to terms with their changing status in the land they have always called their own. Nor will this be limited to Muslims – what stops anyone from casting their eye on a few churches and demanding they be brought down?

No, this is not closure. It is a milestone – and an important one, unquestionably – but one of the many on a long road. From here on, the Hindutva project will begin refreshed and anew.