‘Had There Been a Non-Muslim With Us, We Would Not Have Been Arrested’ 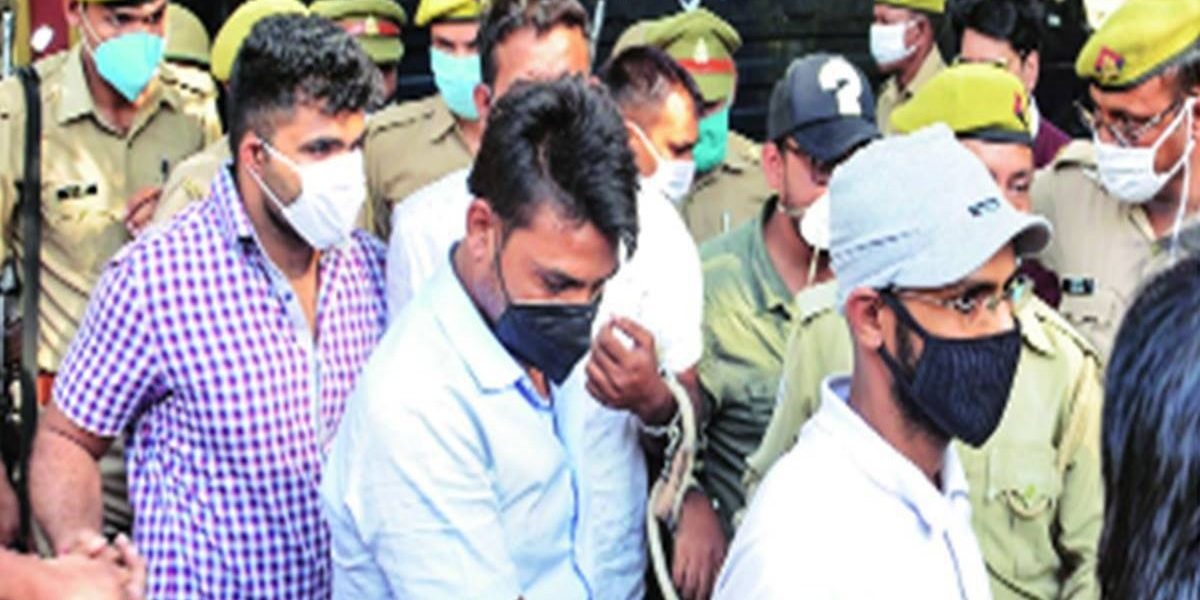 New Delhi: For the last nine months, Bushra has been cursing herself every day for not stopping her husband Alam from going to work on October 5, 2020.

That day, Alam, a cab driver with the ride-share company Ola, had been on duty in Greater Noida in the early hours of the morning. By 8 am, he had completed two rides. After that, Bushra and the rest of Alam’s family had heard nothing from him or about him for the rest of the day, until a news telecast that night named him as one of four people arrested at Maant, Uttar Pradesh.

“They were telling all kinds of lies on the news. They called him a terrorist, a conspirer and what not,” said Bushra.

Alam, it turned out, had logged out of the Ola system after 8 am to pick up a third ride that would earn him a little more money. The people he had picked up were Siddique Kappan, a journalist from Kerala, and Atiqur Rehman and Masood, two activists of the Campus Front of India, a Muslim students’ organisation. The three men had been headed to Hathras village in Uttar Pradesh where Kappan had planned to report on the case of a Dalit woman who had allegedly been gang-raped and murdered by Thakur caste men.

But Alam’s car had been stopped near the Mathura Toll Plaza by the Uttar Pradesh police and everyone in the vehicle, including Alam, had been arrested and charged under the Code of Criminal Procedure (CrPC) for breaching public peace and tranquility. Two days later, he and his three passengers had been charged with two offences under the Unlawful Activities (Prevention) Act (UAPA) as well as several offences under the Indian Penal Code (IPC) and the Information Technology Act (IT Act) and jailed. And ever since then, Alam, Bushra and their family have lived in legal limbo.

Every opportunity for Alam’s release since October 5, 2020, has been stymied by yet another chargesheet filed by the UP Police. The case has also been transferred between several police departments, leading to a series of investigative delays.

On October 7 last year, two days after they had been arrested under the CrPC, Alam and his passengers were about to be released by the sub-district magistrate at Maant when the police charged them with offences under the UAPA, IPC and ITA.

The case was then transferred from the Maant police to the crime branch, after which, on October 23, 2020, it was transferred again to the special task force (STF) in Lucknow. Soon after, the STF filed an application to transfer the case to the additional district and sessions judge of Mathura. 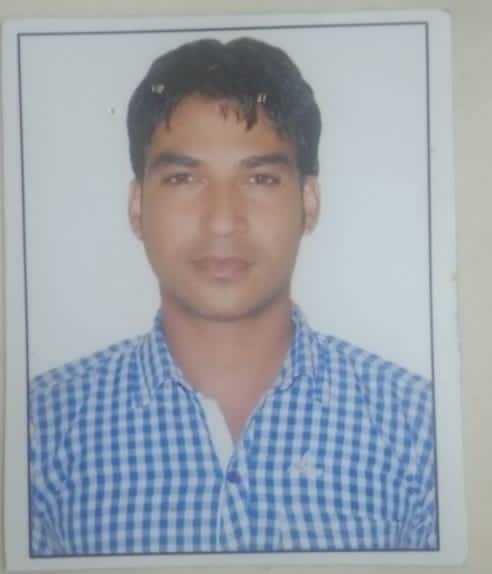 On April 3 this year, when 180 days had passed since their incarceration and no evidence had been found against them in that time, the four men were entitled to bail by default. But that very day, the police filed another chargesheet against them before the sessions court. This document charged eight Muslim men, including Alam, Kappan, Rehman and Masood, with the intent to incite caste-based riots between the Dalit and Thakur communities after the gang-rape case in Hathras, with the help of funding from the Popular Front of India (PFI, an Islamist political organisation that has been accused by politicians and police officers of involvement in extremism, even though no government at the Centre or state has so far sought to legally ban it.).

Alam’s advocate, Saifan Sheikh, alleges that the intention of the STF assigned to the case and the UP government is to keep all the accused behind bars to conceal the reality of the situation in Hathras and silence voices that accuse the Yogi Adityanath government of failing to tackle the issue.

“Even the Central Bureau of Investigation confirmed that the victim was raped and murdered and since then there has just been silence on the matter. They [the police] have deliberately added the name of the PFI to the chargesheet to overshadow the rape incident,” said Sheikh.

The chargesheet (SC 600/2021) names four men other than Alam, Kappan, Rehman and Masood in the case. These include Alam’s brother-in-law Danish, who had referred Alam to Rehman on October 5, 2020 when he, Kappan and Masood were looking for a vehicle to take them to Hathras, as well as K.A. Rauf Sherif, the national general secretary of the CFI, and two other CFI activists. The document runs to more 5,000 pages and records the accounts of 54 witnesses, of whom 80% are from the police.

Sheikh claimed that while the prosecution is duty bound to provide a copy of the chargesheet to all the accused and their counsel, none of the accused were provided with the chargesheet in this case. This, he said, is a curtailment of their legal rights and a deliberate measure undertaken to keep them behind bars for as long as possible.

Currently, all the accused except Danish have been lodged in various Uttar Pradesh jails. Danish might also have been jailed had he not filed a petition stating that the STF had not only named him as an accused but had also called him to appear as a witness in the case.

According to Alam’s counsel Madhuvan Dutt Chaturvedi, while the accused have been charged under the UAPA and with sedition, no evidence suggesting their involvement in any terrorist activity has been found during the investigation.

“The law to prevent terrorism is being used as a law to terrorise people,” Chaturvedi told The Wire. He added that none of accused has committed any activity that threatens the Government of India or the structure of the Constitution of India.

A bail application filed by Alam’s counsel had been rejected on November 13, 2020. On November 7, 2020, the counsel had also filed a habeas corpus writ petition, which is pending for argument and now has been listed for a hearing on July 26. On June 16, the Mathura court dropped three bailable charges against Alam, Kappan, Rehman and Masood. The charges under the CrPC and the IPC were dropped on April 3, when the police failed to complete their probe within the prescribed period of six months. However the UAPA and sedition charges remain.

‘We are not equal’

Since Alam’s arrest, Bushra has been shuttling between her in-laws’ home and her parents’ house, dependent on them and her siblings for financial security. In many ways, she has lost agency over her life.

“Drivery karna kab se gunaah hai? Yaan Muslims ki drivery karna gunaah hai (Since when has driving been a crime? Or is it that driving Muslims is a crime)?” she asked. Formally educated only up to class 8, Bushra has been learning over the last nine months that the very existence of Muslims seems to be a crime.

Aamir, Alam’s brother-in-law, perceives Alam’s arrest as a casualty of the current political and religious climate in Uttar Pradesh. “In this kind of atmosphere, it is very easy to jail anyone,” he said.

He also feels that it is difficult for Muslims to hold institutions accountable for their ills. “Muslims have nowhere to go, no one to fall back on. Even though we are citizens of the country, we are not equal,” he said.

Aamir has had several conversations with Alam over the phone, mostly on the possibility of Alam being freed from jail, he told The Wire. Alam understands the larger scheme of things that frame him for his mere existence as a Muslim, Aamir said. But Alam has also understood something more dangerous.

Aamir quoted Alam as saying: “Sab politics hai, aur isme in policewaale bhi majboor hain (The case is all about politics and even the police are helpless).”

Alam also once suggested to Aamir: “Shayed koi ghair Muslim saath hota toh hum bach jaate (Had there been a non-Muslim with us, we wouldn’t have been arrested).”

Accused of being associated with an organisation that he had never heard of before, only thick chargesheets have taught Alam what PFI stands for.

According to Aamir, Alam’s arrest has changed him. Once a confident, friendly man, Alam has become scared, cynical and distrustful. Having been incarcerated merely for picking up a ride to earn a little extra money, Alam is scared to return to his profession as a driver ever again.

Alam hails from Rampur in Uttar Pradesh. Earlier a Gramin Seva rickshaw driver, he had bought his car in partnership with another relative in late September, 2020, and had only been driving for Ola for 10 days before he was arrested.

His parents wait desperately for the five-minute phone calls that jails allow their prisoners to make five or six times a week. During those five minutes, they say, they almost glue the phone to their ears to absorb as much of Alam as they can. The tone of his voice, they say, has dulled into deeper and deeper pessimism with every phone call. How long, they wonder, will they survive without seeing their son?

A few days ago, there was some hope. Bushra smiled widely after nine whole months. “The release of Natasha Narwal, Devangana Kalita and Asif Iqbal Tanha has given me hope. Even though my husband has been charged with terrorism, I’m hopeful. All those innocent people who have been caged by the UAPA, I identify with their pain,” she said.

But her smile vanished a day later when the vacation bench of the Supreme Court ruled that the Delhi high court’s order releasing Natasha, Devangana and Asif could not have precedent value.

With loans for legal fees, no money to travel to Mathura to see Alam and the everyday reality of their lived experiences as Muslims in Yogi Adityanath’s UP, Bushra and her in-laws can do little but continue to learn the politics of religion the hard way.