Local police told The Wire on Sunday that the culprits have been identified and will be arrested once tracked down. 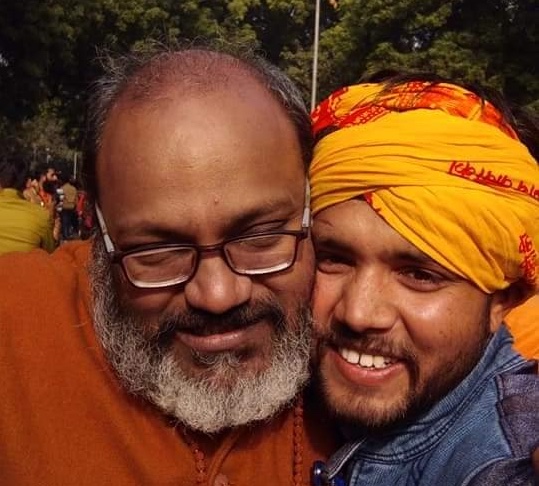 New Delhi: A day after an FIR was registered against “unknown” persons for vandalising a dosa stall in Mathura’s Vikas market on August 18, the police have said that they have ascertained the identity of the main accused in the case.

Varun Kumar, circle officer (CO), Mathura (City) told The Wire that the police are currently trying to track down the vandals. “We have identified the culprits and will arrest them as soon as we can,” he said.

Though he declined to the name the main suspect, a Hindutva activist who goes by the name of “Devraj Pandit (Prakash Sharma)” had claimed credit on the day of the attack and posted a video of the incident on his Facebook page.

The FIR was filed at Mathura’s Kotwali police station on Saturday after a video of the incident was brought to the police’s notice.

In the video that had gone viral on social media, a group of Hindutva activists can be seen berating the dosa seller, Irfan. One of the men in the video can be heard telling the victim that because he has named the stall ‘Srinath Dosa Corner’, Hindus coming to eat there are being misled into believing the food is made by Hindus.

Recounting the incident, Irfan told The Wire that about ten men suddenly showed up at the stall and started objecting to its name. “They told me ‘Srinath is a Hindu god’s name, you should have a Muslim name for this stall’. I told them that Allah and Bhagwan are two sides of the same coin, and that I believe in all gods,” he said.

Along with the video, Pandit wrote: “Today we went and taught a lesson to some katmullas (slang used for Muslim men) who were running a food stall by the name of our Hindu god in Mathura’s Vikas Market. I request all of you that if you ever come across such a shop, immediately retaliate. We are with you. If you are Mullahs, run your food stalls by Muslim names, why are you using our Sanatan religion for your benefit?”

On Sunday, undeterred by the FIR , Pandit said on Facebook that he would not allow a single chicken shop in the “holy city of Mathura” and is prepared to do anything to ensure this. “All I need is the support of Sanatan brothers and the police administration”.

Irfan told The Wire that he had been working at this stall for four years and that the current owner, Rahul, had bought this stall from Irfan’s elder brother a few years ago. “Now I work here for a daily salary of Rs 400,” he said.

“Even though they did not hit me and only vandalised the dosa stall, I got very scared. We changed the name to America Dosa Corner. Those people had a problem with me, a Muslim, working at a ‘Hindu-named’ dosa stall. There are two others who also work at this stall, but they attacked it because of me. I may lose my job because of this,” he said, worrying about how he and his elder brother, the sole breadwinners of their family, will survive.

Irfan says that he wants the culprits to face action for what they did but also wishes for peace to return so that he can do his work at the dosa stall in peace.

Devraj Pandit’s Facebook page carries a banner promotion of the ‘Rashtriya Yuva Hindu Vahini’, which is evidently part of the Hindutva ecosystem in western Uttar Pradesh that links so-called ‘fringe’ groups – about whom not much is known – to the wider Sangh parivar and Bharatiya Janata Party. His timeline has posts praising the militant Hindutva politician Yati Narsinghanand Saraswati, a known associate of BJP leader Kapil Mishra.

On Sunday morning, the ‘ecosystem’ mounted its defence, with the ‘Rashtriya Bajrang Dal’ issuing a statement on video supporting Pandit’s actions.

The FIR invokes Sections 427 (mischief causing damage to the amount of fifty rupees) and 506 (criminal intimidation) of the Indian Penal Code (IPC) against “unknown” persons. The FIR notes that Irfan is a resident of Sadar Bazar in Mathura and runs the Srinath Dosa Corner stall in Vikas Market. It also notes that the stall is owned by a man named Rahul Thakur who pays Irfan Rs 400 daily.

Further, the FIR states Irfan’s complaint: “On August 18 at around 2:30 pm in the day, I was selling dosas when suddenly some unknown persons came and asked me name. When I told them my name, they asked why my banner has the name Srinath in it. They threatened me, told me to change the name and also tore the banner.”

When asked by this correspondent if the police have identified the owner of this post, CO Varun Kumar said that they are not in a position to name the culprits as of now but will soon make relevant arrests.