Karsevaks involved in the Babri Masjid demolition of December 6, 1992, recall the events of the day 25 years later.

Karsevaks involved in the Babri Masjid demolition of December 6, 1992, recall the events of the day 25 years later. 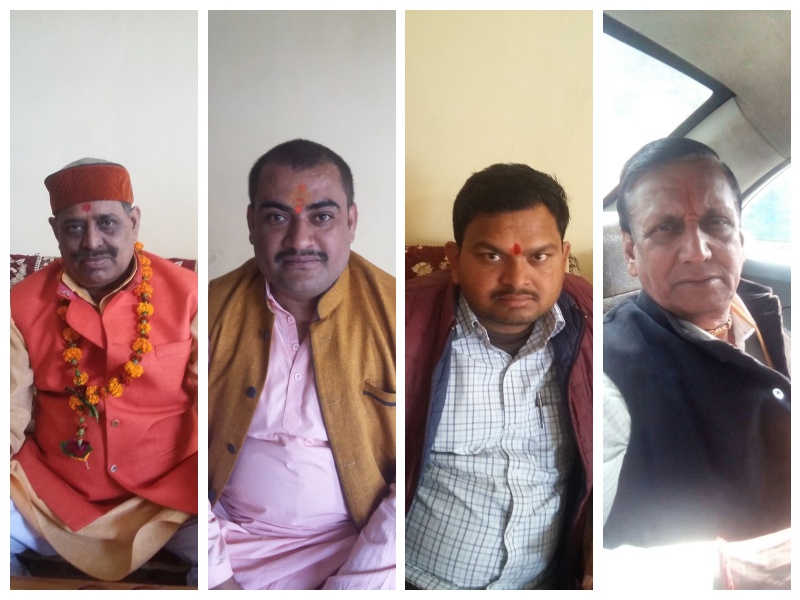 Ayodhya: On December 6, 1992, a large crowd of Hindu karsevaks demolished the 16th-century Babri Mosque in the city of Ayodhya in Uttar Pradesh. Karsevaks involved in the demolition narrate the events of the fateful day to The Wire 25 years later.

Santosh Dubey, the youngest karsevak named in the Central Bureau of Investigation’s (CBI) chargesheet said, “We had gathered there on the instructions of L.K. Advani, M.M. Joshi, Uma Bharti and other Vishwa Hindu Parishad (VHP) and Rashtriya Swayamsevak Sangh (RSS) leaders who told us that we have to erase the “sign of slavery” of 500 years. They told us that we have to demolish the Babri Masjid and we successfully did that”.

Dubey, while talking to The Wire, gave details of how the plan was chalked out by senior BJP and VHP leaders.

Dubey said that on December 3, 1992, the then revenue minister of Uttar Pradesh’s Kalyan Singh government, Brahm Dutt Dwivedi, came to his Faizabad residence and told him that Advani wants to meet him. “He took me to Hanuman Bagh temple in Ayodhya where a meeting of senior BJP and VHP leaders was in progress,” Dubey said.

“I reached there along with karsevaks Pravin Sharma and Vijay Tiwari. We were introduced to Advani who addressed us in a challenging tone: ‘The Babri mosque is the greatest hurdle in the way of the construction of Ram temple. I need about 300 youths who are ready to sacrifice their lives for Ram and I don’t want this Babri structure to remain after December 6. You will get whatever you want to raze the mosque; we have our government in the state’,” Dubey narrated.

“On Advani’s instruction, tools like hammers, gainti (pickaxe), belcha (shovel), pointed iron rods, ropes, drilling machines and some light explosives were arranged and handed over to us,” he added.

“According to the plan, with the help of the tools given by Advani, we demolished the mosque in less than five hours,” Dubey said.

Karsevak Sharma, who was 20 years old on the day of the demolition and was part of the mob, told The Wire, “We were told by BJP and VHP workers that we have to do karseva for the construction of Ram Mandir and it was a pious motive, but the slogans and the speeches delivered by Advani, Bharti and other senior BJP and VHP leaders turned the crowd in the wrong direction”.

“We then proceeded towards the Babri Masjid armed with axes and hammers and broke the security cordon,” he added.

“But after two-and-half decades, I feel sorry about what happened in Ayodhya that day, we were there to do karseva for the construction of Ram Mandir, not to demolish a masjid”, Sharma said.

Ram Ji Gupta, who was 40 years old on that fateful day, and was the leader of the Laxman Sena under which the demolition was executed, said, “I was the leader of the VHP and in charge of Ram Janmabhoomi. Senior leaders of the BJP and the VHP were part of the Laxman Sena. We were given different tools for the demolition and as per the plan, we entered the premises of Babri Masjid in small groups breaking the security cordon. The mob then turned violent and attacked the structure”.

Gupta too was in the CBI’s chargesheet and was named as an accused by the special CBI court in Lucknow.

Vijay Tiwari, who was 18 years old on the day of the demolition said, “We gathered on the disputed site with all the tools that the BJP and VHP leaders had given us a day before. The VHP and BJP leaders incited us to erase the sign of slavery and clear the way for the construction of Ram Janambhoomi. When we moved towards the mosque, security forces gave us way and RSS volunteers pushed us towards the structure”.

“We were young at that time and attacked the structure without a second thought,” he added.