Former SIT head Vikash Narain Rai's investigations led to the first breakthrough in the 2007 train blast case. In an interview to The Wire, he explained how the dots were connected. 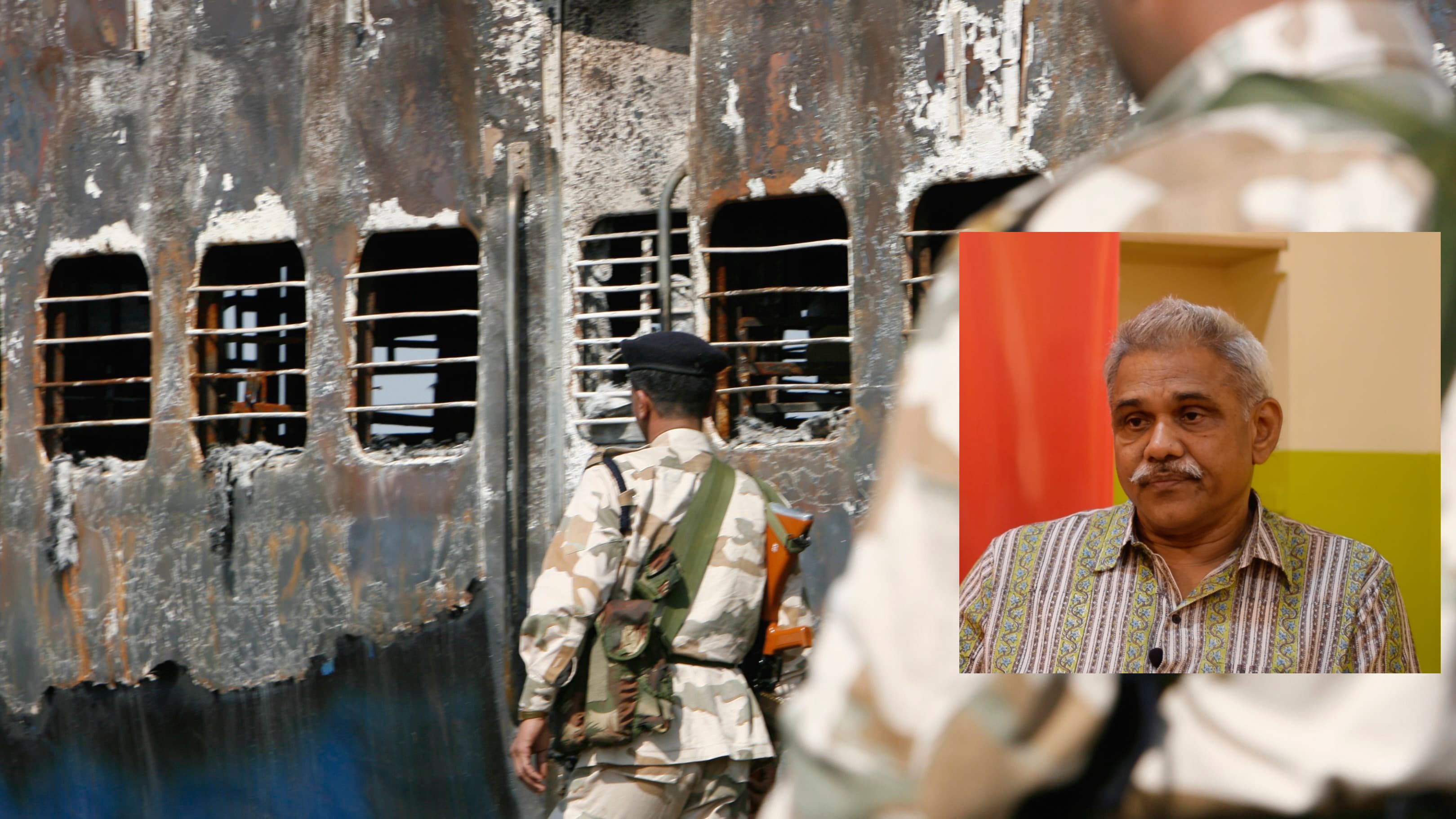 New Delhi: In a disclosure that should have made it more difficult for the Modi government to “turn around” the case, the lead investigator of the 2007 bombing of the Delhi-Lahore Samjhauta Express said there was ample evidence implicating Indore-based Hindutva extremists. The terror attack killed 68 people, mostly Pakistani citizens.

Speaking candidly to The Wire, Vikash Narain Rai, a former Haryana police officer who headed the Special Investigation Team (SIT) from 2007 to early 2010, said the police recovered an unexploded bomb from the train. In the course of investigations, it was found that all the parts of that ‘incendiary device’ were purchased by people linked to the Rashtriya Swayamsevak Sangh and its associate groups.

Rai said that the trail of evidence took the team to Indore, where RSS member Sunil Joshi and his two accomplices were found to be complicit in the crime. Before they could interrogate Joshi, however, he was murdered.

Rai’s revelations had come at a time when senior ministers have openly attacked the idea of ‘Hindutva terror’. The National Investigation Agency had begun probing the role of the Pakistan-based Islamist terror group Lashkar-e-Tayyaba in the blasts.

Last year, the former public prosecutor in the Malegaon blasts case, Rohini Salian had accused the NIA of pressuring her to ‘go soft on the Hindutva extremists.’ Some retired bureaucrats also alleged that NIA chief Sharad Kumar’s tenure was extended to divert attention from the role of Hindutva extremists in a series of explosions between 2006 to 2008.

The details of the investigation narrated by Rai may embarrass the ruling Bharatiya Janata Party and its ideological parent the Rashtriya Swayamsevak Sangh, which dismiss the ‘Hindutva angle’ in the Samjhauta case as Congress party propaganda.

The road to Indore

“The explosions took place in February 2007 near Panipat in Haryana and within two or three days the SIT was constituted. Two bogies had caught fire because of the incendiary devices that were loaded on those compartments. We were very fortunate to recover one unexploded incendiary device. This device was packed in a suitcase,” said Rai, a 1977 batch Indian Police Service officer, who retired in December 2012.

“When we dismantled this device, we started searching for the origin of all the items (present in the bomb). We got in touch with the manufacturers of each part of the device. We contacted the stockers. We looked for retailers. It was an all-India search. Ultimately, we reached Indore. There, we could locate the market from where the suitcase was picked up. I remember the name of the store. It was called Raghunandan Ataichi store owned by a Bora Muslim. The shop’s salesmen – one Hindu and one Muslim – conceded that two young people had come (to buy the suitcase). These two people were speaking the Indori dialect of Hindi. (After thorough investigation), they confided in us and told us they were pretty sure that the two people were Hindus and not Muslims,” said Rai.

He said that though the version of the salesmen was considered as an initial breakthrough, the SIT did not see it as conclusive evidence. “After they assisted us in making sketches, we started to look for these people. But the major development in the case came when we found that each and every item of the bomb was bought from the Indore, and within a one kilometre radius of the suitcase store. It was established that the whole bomb was assembled there,” said Rai.

Rai goes on to say that the SIT’s first suspects were Pakistan-based terror groups or organisations like the Students’s Islamic Movement of India (SIMI) but as the investigations progrssesed, it became clear they were not involved. “We investigated many Islamists in jail that time, including SIMI’s head Safdar Nagori. We were pretty convinced after that it was a Hindu outfit (who carried out the blasts). Indore was not only notorious for SIMI but also for Hindutva activists,” Rai pointed out.

He alleged that once the SIT started investigating the ‘Hindutva angle’ after the initial breakthroughs, it ‘did not get much co-operation from the local [Madhya Pradesh] police.’ He said: “Privately, a few state police officers told us that we were on the right course but officially we did not get much help,” alleged Rai.

“Soon, we knew about the existence of a Hindutva group headed by Sunil Joshi… he was an RSS member. But by the time we started looking into this aspect, this guy was murdered in 2007, towards the end of that year. The local police caught somebody but finally they had to leave him (for lack of evidence). We were investigating the role of Sunil Joshi and two of his accomplices – Kalsangre and Angre. I do not remember their exact names. These two are missing even now. Even the NIA has not been able to catch them,” said Rai.

He further said that the SIT was not able to make any headway beyond this point but the team was surprised to discover the links to Hindutva groups, since there was no previous instance of their association with such crimes. He said that even Union home ministry officials were intrigued by this development. “The MHA [under the then Congress-led United Progressive Alliance] used to have joint meetings [with us and the CBI] to monitor the progress of a number of terror cases. I have attended a few. They [the officials] were looking forward to a Pakistan angle.”

Rai added that it was in these joint meetings that he found that the Mecca Masjid blasts (2007), the Ajmer Sharif explosions (2007), the Malegaon blasts (2006), and the Samjhauta Express bombing had a similar pattern. “Exactly the same devices, the same modus operandi were used… We prepared a list of fellows active in Hindutva activity. They were people who were indoctrinated (into the ideology),” said Rai.

“Our next breakthrough came in 2008 when the second blast happened in Malegaon. My information was that Hemant Karkare, Maharashtra’s anti-terrorism squad chief, had picked up some very vital clues. I had a chat with him in October, 2008. He told me that through the motorcycle that belonged to Pragya Singh Thakur, he could reach other people like Colonel Purohit and Aseemanand in the Hindutva network. He had said that he would come back to me after he had pieced together all the evidence in 15-20 days but that was not to happen as he was killed in the Mumbai attack” of November 26, 2008, Rai told The Wire.

‘UPA had hoped for Pakistan connection’

The Central Bureau of Investigation was investigating the Ajmer Sharif and Mecca Masjid blasts and was monitoring the rest of the cases before the NIA took over in 2010. Rai said that he was really proud of the investigation that the Haryana SIT did. “Our team reached Indore. We are the ones who established Indore as the epicentre. We pointed out the Hindutva links. But the most important thing I want to say is that we never succumbed to the bait of arresting people in a hurry. It would have been very easy to arrest a SIMI operative and investigate. But we probed and got into the depths of the case.” On being asked whether his team was under any pressure from the then UPA government, he said: “In fact, they were hoping that we would get some Pakistan connection so that they could embarrass them [their Pakistani counterparts]. But that was not to be. There was no pressure because Samjhauta was nobody’s baby. The explosions were supposed to take place in Delhi but it exploded near Panipat. So it became a Haryana case. Had it been a Delhi case, it would have received more publicity. Also, there were no local victims. The first impression of both the MHA and SIT was the same – that of a Pakistani angle. We thought that it might have been carried out to derail the talks between India and Pakistan. We were very careful once we got the Hindutva angle. We remained silent until we were sure about it.”

Recently, Rai had alleged that a news channel, NewsX, refused to broadcast the interview he had given to the channel on the Samjhauta bombing. He has also accused the channel of misrepresenting his version of the investigation to incorrectly draw a SIMI angle in the case.

Rai has served in many important posts in the government, including as director of the National Police Academy, Hyderabad, from where he retired three years ago.