Does India Need to Be Told to End Violence in the Name of Religion Every Few Decades?

The current climate of violence in the country remains eerily similar to what it was in the late 1980s and 1990s after Indira Gandhi's assassination. Only the target is different. 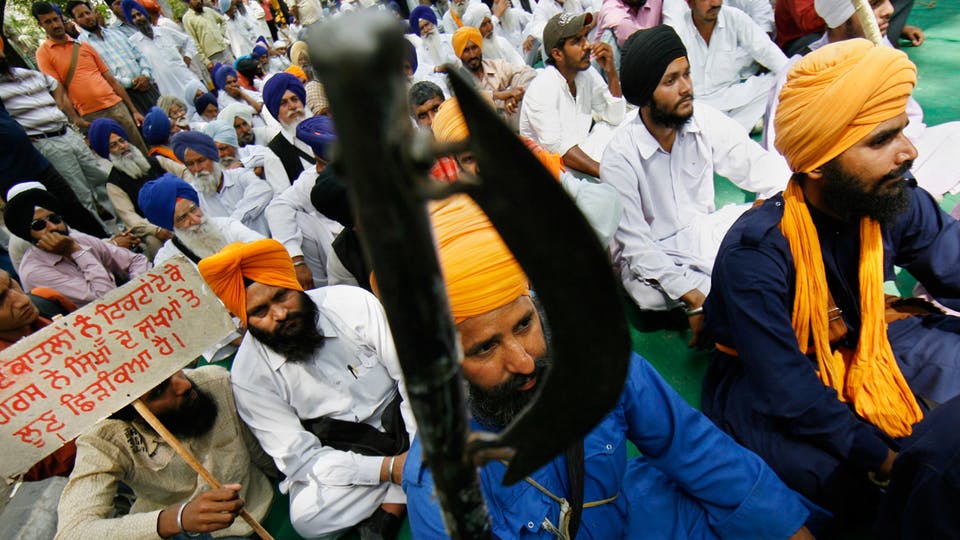 I was traveling to Delhi from western Uttar Pradesh in a cab. We passed a beat-up Alto, driven by a Muslim with a long, thick beard and a white skull cap. As my cab overtook his Alto, my driver shouted out, “Jaa, Pakistan jaa”. I was instantly reminded of a similar moment 30 years ago in a cab in Delhi. The only difference was that a turbaned Sikh was driving the vehicle and the taunt was ugarvadi or terrorist.

The anti-Sikh massacre that followed Indira Gandhi’s assassination by two Sikh bodyguards claimed the lives of numerous ordinary Sikhs who had nothing to do with secessionism.

After it abated, all Sikhs became victims of various kinds of overt discrimination. It took the form of barbs and slights, extra frisking by security personnel at airports and sports stadiums or the denial of jobs and rental accommodation. The fear rose to a pitch where many Sikhs chose to become invisible in order to survive. They cut off their beards and discarded their turbans. They dropped ‘Singh’ from their names. Instead of Sat Sri Akal, they started saying Namaste. Such a situation may now be in the past, but bitter memories remain. More than three decades have passed since Gandhi’s assassination. Her killers were hanged in 1989. Yet, justice remains elusive for the riot victims.

Also read: Within Hours of Indira Gandhi’s Assassination, Millions of Sikhs Had Become the Internal Enemy

Our society has a different target these days. But the current climate remains eerily similar to what it was in the late 1980s and 1990s. Back then, the scapegoating of an entire community vitiated the national mood and gave a shot in the arm to terrorism. The current round of intolerance has the potential to foment similar tragic consequences.

One of the highlights of Prime Minister Narendra Modi’s Independence Day speech this year was his appeal to end violence in the name of religion. Such an appeal would have been topical in India 30 years ago. Or, for that matter, on August 15, 1947, when we achieved freedom from Britain against the backdrop of the violence that accompanied the Partition. The fact that an Indian prime minister had to make such an appeal to the nation 70 years after independence is a telling déjà vu in itself. We all need to take note of that if we are invested in a better future. For if a similar appeal needs to be issued 70 years from now, the less said about the future, the better.

Vikram Kapur’s most recent book The Assassinations is based on the 1984 anti-Sikh massacre. He is associate professor of English at Shiv Nadar University. His website is www.vikramkapur.com.