Amid Delhi Sealing Drive, Traders and RWAs Turn to Govt for a Concrete and Legally Binding Solution

Delhi CM Arvind Kejriwal has called for an all-party meeting at his residence tomorrow as traders want the Delhi government to pass a law to provide them relief from sealing. 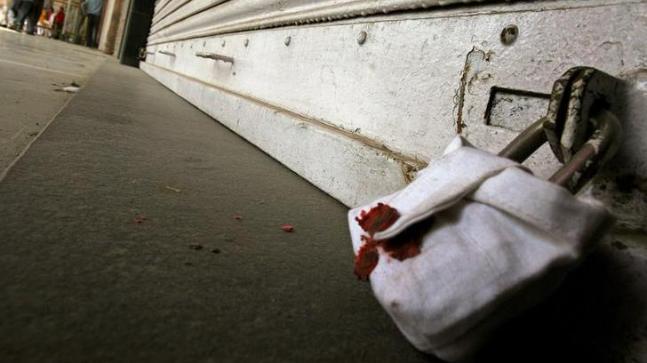 New Delhi: Even as the ongoing sealing drive in Delhi has sent shivers down the spine of the trading community, which stands at 7 lakh traders, leaving them wary about being sealed by the Supreme Court appointed monitoring committee, both residents welfare associations (RWAs) and traders are pinning their hopes on the all-party meeting called by chief minister Arvind Kejriwal tomorrow to arrive at a concrete and legally binding solution.

While it’s still not certain if the Congress and the BJP would be participating in the meeting, called at the CM’s residence, the traders are hoping that even if the political parties do not come together on a common platform due to political considerations, they should at least play their individual roles to remove the sword of sealing which has been hanging over their heads ever since the Committee resumed the exercise in December 2017.

After a brief stoppage in the drive in February, the sealing resumed after the Supreme Court earlier this month restrained the Centre, Delhi government and the Delhi Development Authority (DDA) from amending the Master Plan for Delhi 2021 to provide relief to the traders.

In its order of March 7,  the apex court had also pulled up the Delhi government, civic bodies and the DDA for not replying to the queries put up by it in the matter.

Kejriwal has called an all-party meeting

With sealing resuming in several parts of the city, traders have been a rattled lot as their establishments were forced shut, impacting their livelihood. Kejriwal had also shot off letters to Prime Minister Narendra Modi and the Lieutenant Governor urging their immediate intervention in the matter. In the meantime, Delhi Congress president Ajay Maken also sought a meeting from Kejriwal on the issue, responding to which the chief minister sent invitations for a meeting on February 13 to Maken and Delhi BJP chief Manoj Tiwari. All parties have been urged to limit their participation to three members each to prevent chaos. This assumes significance as another meeting called at Delhi Secretariat a month ago between BJP and Aam Aadmi Party leaders had ended up in a commotion following which even an FIR was registered.

With a large number of units having already been sealed, the Confederation of All India Traders (CAIT) has called for a city-wide strike on February 13. Its secretary general Praveen Khandelwal told The Wire that “about 6 lakh traders of Delhi could be impacted by the sealing drive while only about 1 lakh may not be impacted at all”.

As such, he said, the demands of the traders are twofold: “We want the Delhi government to bring a bill for securing moratorium against sealing on the first day of the Budget session of the Delhi Assembly on March 16 and we want them to send it to the Centre. We also want the Centre to introduce and pass this Bill in the ongoing second half of the Budget session of Parliament, which is empowered to provide relief to the affected traders.”

Khandelwal said the process of drafting the Master Plan for Delhi 2021-41 has also started and so if the sealing is halted for the time being, through the new plan it can be ensured that the mistakes of the past are not repeated.

He also accused the municipal corporations and the monitoring committee of acting way beyond their powers. “The MCD should only carry out sealing through the due process of law as has been specified in the MCD Act. But it is not doing so. The court-appointed monitoring committee is also violating the law. The MCD Act states that before carrying out any raid, the municipal commissioner will file a complaint with the municipal magistrate, a notice would then be sent to those accused of any violation, they will respond to it and following a hearing the matter would first go to the appellate tribunal and then the Lieutenant Governor. Only if the appeal is rejected from there too will the sealing be carried out. The monitoring committee has not followed these statutory provisions so the sealing is illegal,” he charged.

On the issue of the RWAs claiming that commercialisation adds to pollution or burdens the infrastructure, he said this was not a correct argument as shops are largely non-polluting and operate for limited hours. Likewise, water and electricity supply are not impacted much during daytime when the shops operate. As for parking, Khandelwal squarely blamed the residents for keeping more cars than they should. “It is their cars which keep the colonies clogged all day through, why blame us,” he countered.

Finally, he said, the commercialisation has actually been done by the residents who gave out their buildings for commercial use. “Why are they opposing the idea after making the gains.”

The CAIT, he said, has given a bandh call for March 13 to press for its demands. As for the all-party meeting the same day, he said whether it is held or not the Delhi government and the Centre should pass the bills to ameliorate the sufferings of the traders.

The RWAs for their part want solid assurances now from the governments that unbridled liberalised commercialisation would not be allowed in the residential areas of Delhi any more.

Fictitious RWAs being floated to counter the fight of residents

Rajiv Kakria of Greater Kailash-I RWA, who had earlier made a representation to the monitoring committee on how the norms of commercialisation were being flouted, said: “We have now brought all the RWAs of the city together for the “Save Our City Campaign”.”

He charged that politicians and traders are trying various tricks to derails the people’s campaign for clean living. “Many fictitious RWAs have been approaching the monitoring committee to stop sealing.” Also, he said that in many areas the RWA office bearers were being forced to toe political lines.

But despite these hindrances, he said, the fight is on and that the RWAs has sought guidance from the monitoring committee on how they can implead in the Supreme Court in the ongoing case on the challenge to the ‘NCT of Delhi Laws (Special Provisions) Bill, 2007’ and the subsequent extensions to it.

The RWAs, he said, have also brought it to the notice of the monitoring committee that most of the commercial establishments had opened in residential areas because setting them up cost about 75% less than it would have in a local shopping centre or a commercial complex. It is because of this that there were few takers for notified commercial zones, he said.

The RWAs had also brought it to the notice of the monitoring committee that in the name of professional firms of lawyers, chartered accountants, architects and doctors, large commercial establishment employing large number of staff have opened up in residential areas and this has impacted parking in many colonies.

Also, it was pointed out that “surrogate businesses” have sprung up in the name of professional services. So now ice-cream parlours masquerade as dairies, boutiques as tailors, gift shops as stationary shops and the like.

Pankaj Agarwal of Delhi RWAs Joint Front said in light of this situation, the demand of the RWAs is that “for whatever commercialisation you are doing in a residential area, please get the impact assessment done for that”.

He said about 12 years ago, when the sealing issue had first cropped up and mixed land use was allowed, it was assured that parking and matching infrastructure would be created in colonies which fell on the 2,100 roads on which mixed land use was permitted. Some norms were also created to overcome the problems.

‘100 promised multi-level parkings not made, infrastructure not augmented’

However, he said, the norms were not fulfilled. “One of them pertained to constructing 100 very big multi-level parkings in the city, but that was not done. Another was to augment water, sewer, water and solid waste management infrastructure. All the funds were collected by the municipal corporations but there was no upgrading. The terms and conditions also included leaving of setback at the front and back of buildings and retaining the residential character of the colonies.”

In most places, Agarwal said, big showrooms have come up on the lower floors and offices and guest houses above them. “So while use of only ground floor was permitted under mixed land use, all the norms were either not fulfilled or violated.”

On the recent amendments which were stayed, he said: “Now they want to allow more floor area ratio by amending the Master Plan for Delhi 2021. This would only add to the congestion. We have been demanding that in local markets the FAR should be increased for only trades which cater to the local needs – not for pubs or liquor shops, as is the case in my colony, Safdarjung Development Area.”

Agarwal said the RWAs are okay if sealing is deferred but want long term solutions to the problems being faced by residents. He also insisted that the Monitoring Committee was adhering to the law while carrying out its sealing drive. “We agree that some pain is being caused to people who are losing their business or employment, but whatever is being done by the Committee is in accordance with the law.”

B.S. Vohra of East Delhi RWAs Joint Front said ideally representatives of the trading community and RWAs should also have been called for the all-party meeting that has been convened by Kejriwal. “We as residents also believe that a lot of wrong has happened to those traders whose establishments have been sealed but at the same time the amendment to the MPD 2021 which allows for commercial use of all basements would only lead to further chaos. We do not have the kind of infrastructure to support such largescale commercialisation and congestion.”

Demanding that the “residential character of the colonies” should not be destroyed, he said the new proposed modifications are not the solution as they would lead to complete commercialisation of all colonies. “If you would allow commercial activity in all basements, it would lead to chaos. Already people are facing problems, so this would lead to further congestion. They are also saying increase the electricity load from 5 kw to 11 kw. So we believe that some restrictions should be imposed on traders who have already set up shop. But what is being done is that they are incentivising construction of basements for commercial use all over the city.”

The solution, Vohra said, lay in giving serious thought to the issue and finding a way by which the traders do not lose their livelihood and the residential character of Delhi is also not demolished. Agreeing that assurances given in the past have not been fulfilled, he said “the need of the hour was to set up an effective monitoring mechanism. That can be done by making the commissioners accountable for the violation of MPD norms in their respective areas.”