Shahrukh Khan-starrer 'Zero' is only the latest Hindi movie to flaunt the protagonist's upper-caste identity. 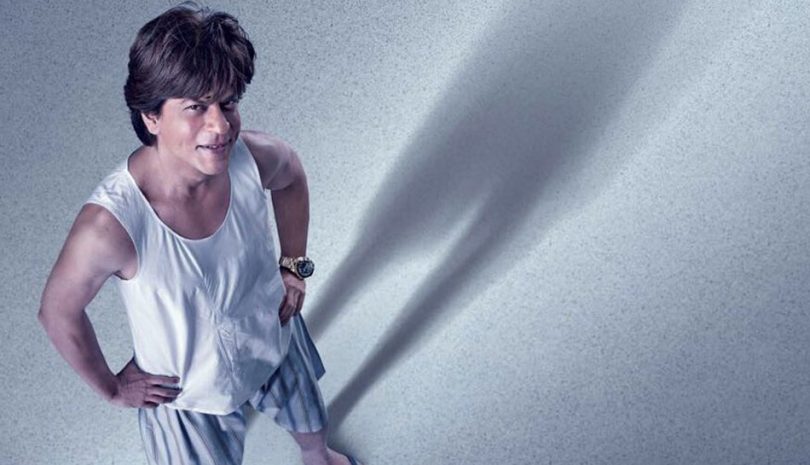 Lead characters who belong largely to ‘upper’ caste/Savarna Hindu families have been an unwritten rule in Bollywood movies. Whether it’s NRIs living abroad, middle class families of metropolitan India or the alternate movies of Hrishikesh Mukherjee, Bollywood has mostly showcased the stories of Savarnas alone. This trend has not changed with Bollywood’s new-found love – the smaller towns of north India.

Zero, which hit the screens last Friday, is about a dwarf, Bauua, played by Shah Rukh Khan. But Bauua has one more distinction – he is from an upper caste family in Meerut, Uttar Pradesh.

The director, Aanand L. Rai, emphasises on the protagonist’s caste background by flaunting his janeu, the ‘sacred’ thread worn by Brahmins.

Rai has a history of showcasing Savarna lead characters in his films. In Raanjhanaa, Dhanush plays the role of Kundan Shankar, a Tamil Brahmin from Varanasi. In both the Tanu Weds Manu films, Madhavan plays Manu Sharma, and Kangana plays Tanu Trivedi – both Brahmins.

In Zero, Rai ensures that focus remains on Bauua’s ‘sacred’ thread from start to end; it is shown clearly in the film at least 7-8 times. The storyline, though, does not warrant a Savarna lead.

It would be wrong to blame Rai alone. Zero merely underlines the social definition of Bollywood movies – stories of upper-castes Indians. A careful social analysis of Hindi cinema, including small-town Bollywood films, proves that Zero is the latest example of that definition, and by no means an exception.

A study published by The Hindu showed that a “substantial proportion” of Bollywood movies in 2013 and 2014 had upper caste lead character names. Only two movies that released in 2014 were found to have lead characters with explicit backward caste names.

Also read: Interview | ‘I See an Erasure of Minorities in Big-Budget Indian Films’

One may think that at least in movies based in small towns, Bollywood would have shown more OBC and Dalit characters, who together outnumber the Savarna Hindu population by nearly a 4:1 ratio. However, that is not the case. Primary characters are rarely called Yadav, Paswan, Jatav, Kushwaha, Mourya or Rajbhar; heroes are mostly named Sharma, Trivedi, Shukla, Dubey or Pandey.

So far, we have only been looking at diversity in terms of character names, and not diversity among actors and filmmakers. Dalit or OBC actors, writers and directors are scarce in Bollywood. The Hindu report said that an overwhelming majority of the nearly 750 actors who were in more than five movies over the last decade are upper-caste Hindus, followed by Muslims.

Bollywood could have at least tried to repair this imbalance by showing showcasing stories of OBCs or Dalits. But the largely upper-caste directors, writers and producers seems to prefer their own caste names.

Also read: Hindi Cinema, for All Its Technical Gloss, Is on a Downward Spiral

It seems as though Anand Rai, for instance, does not recognise that the population of Meerut is 17% Dalit (the mayor of the city is Sunita Verma, a Dalit), and that the backward caste population outnumbers upper castes. Indeed, the odds of finding a Savarna Bauua in Meerut are lower than a Dalit or OBC Bauua.

When we do get to see Dalit or OBC characters – like Newton Kumar in Newton, Dashrath Manjhi in Manjhi: The Mountain Man or Deepak Kumar in Masaan – the story is most likely about an inter-caste issue. When talking about ‘everyday’ families, however, films are written with the upper castes in mind.

A still from ‘Newton’.

It appears as though Bollywood producers and directors believe that India’s movie-goers want to see only upper caste characters on the big screen. They are wrong – and this could be one reason why Bollywood is not reaching a mass audience beyond the frenzied fans of big actors.

Unless movies bring in diversity in terms of actors, cinema plots will neither sound convincing nor attract new audiences. Perhaps Bollywood can take a leaf out of Tamil cinema, which has a better diversity record in terms of casting.

The Hindi film industry needs to cater to the socio-cultural diversity of India in its story writing, instead of repeating mundane plots focused on Savarnas.